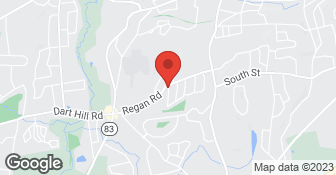 We are experienced in all phases of residential construction. Work is done by current employees or subcontractors based on the size of the project and the time constraints. Light commerical work including retail built outs. We regularly inspect properties to determine areas of failure or concern.

It went pretty well. We had a very large, longtime leak in our roll-in shower which multiple other contractors had declined to tackle -- no one seemed confident they could fix the problem and we'd been told several times to gut the entire shower and rebuild. We couldn't afford to. Forsley Enterprises was willing to quote the job and agreed to do the work. The work was done almost exactly two years ago, in July 2012. We thought the cost seemed high, relatively speaking, but the job had turned out to be bigger than anticipated, and since we were more than satisfied with the end result, and since it was certainly cheaper than rebuilding the entire shower, we were happy, particularly because other odd jobs got taken care of at the same time, and particularly because the tiling job was so clean it was impossible to tell where the old tile ended and the replacement tile began. Two years later, when we sprang a VERY small leak, David returned to fix it. He said that he stands by his work and did not charge us a penny. The shower has been bone-dry ever since. After so many years of living with this troublesome problem, it's a relief to feel like it's finally been solved.

Description of Work
Fixed a leak in our roll-in shower, performed a few other odd jobs as well

We have the experience and dedication to bring your dreams to reality! Specializing in hardwood flooring services, we guarantee your satisfaction and we won’t leave until the job is done right. We pride ourselves on the quality work we provide, while delivering great customer service! Check out our services offered and call or click to schedule a free estimate today!  …

Here at D&L Interiors LLC, we sustain our business on quality and integrity. With over 35 years of experience we are experts in the Drywall trade and are committed to quality from the beginning to the end of your project. Other services we specialize in for residential and commercial include textured ceilings, finishing basement and bonus room, Install acoustical drop ceilings,Painting, Door trim, and install acoustical ceilings. No upfront fees required all work guaranteed and fully insured. We look forward to earning your business.  …

When it comes to a professional power washing or soft washing job, you deserve to have the job done correctly. We do not need lift equipment or ladders to preform our services. We use a soft washing technique that does not cause any damage. Leaves your surfaces looking like new again. Please read our reviews and youtube videos showing before and after our services. Free over the phone estimates available.  …

Bonded
Insured
All statements concerning insurance, licenses, and bonds are informational only, and are self-reported. Since insurance, licenses and bonds can expire and can be cancelled, homeowners should always check such information for themselves.To find more licensing information for your state, visit our Find Licensing Requirements page.
All skilled traders and home improvement contractors operating in the State of Connecticut are required to be licensed or registered by the State Department of Consumer Protection. License or registration identification is required to be on all advertising, business cards, signage, and contracts. You can check to see if a contractor or tradesperson is licensed or registered by going to:https://www.elicense.ct.gov/
General Information
Free Estimates
Yes
Eco-Friendly Accreditations
Yes
Payment Options
Check
Senior Discount
No
Emergency Service
Yes
Warranties
Yes

Forsley Enterprises, LLC is currently rated 5 overall out of 5.

No, Forsley Enterprises, LLC does not offer a senior discount.