Drain Cleaning
Plumbing
Sewer Cleaning
Septic Systems
Licensing
Bonded
Insured
All statements concerning insurance, licenses, and bonds are informational only, and are self-reported. Since insurance, licenses and bonds can expire and can be cancelled, homeowners should always check such information for themselves. To find more licensing information for your state, visit our Find Licensing Requirements page.
All skilled traders and home improvement contractors operating in the State of Connecticut are required to be licensed or registered by the State Department of Consumer Protection. License or registration identification is required to be on all advertising, business cards, signage, and contracts. You can check to see if a contractor or tradesperson is licensed or registered by going to: https://www.elicense.ct.gov/
Business Details 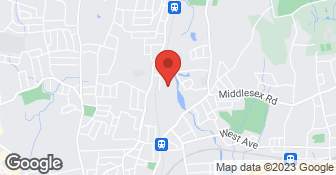 With over 30 years experience, Franco has the expertise and knowledge to handle all of your plumbing, sewer and drain cleaning needs.

Top Notch Sewer DBA Rooterman is a , bonded and insured sewer serving Westchester County. We have more than 15 years of experience providing premium sewer services to homes and businesses. When you call Top Notch Sewer, expect on-time service within an hour. All of our commercial work is backed by a one-month warranty, and residential work is warranted for three months. You can depend on us for your sewer cleaning needs! Additional phone number- 914-384-1443

AASD was prompt, found the problem quickly and took care of it.

DESCRIPTION OF WORK
The kitchen sink drain was blocked and had to be cleared.

This company is a well-oiled machine, I've used them in other homes in the past and went right back to All American when I had a problem. The owner is On Point when it comes to serving his customers properly. I got on their schedule right away, the service man showed up on time. Multiple drains in the house were clogged up; instead of "guessing", he took the time to figure out where the problem or...

DESCRIPTION OF WORK
Came to my house on two separate occasions to open up badly clogged drain lines.

Very Professional.  From the person who answered the phone to the young man that came out to do the work. Prompt is not really a good word for when your sewer line is backed up.  They were exceptional in the quickness after the call to arriving to solve the problem. I would recommend them highly.  Hopefully I don't have to use them again -- only because that means a problem.  If I ever am unfortun...

DESCRIPTION OF WORK
Moved into our home after a year of construction.  The sewer was overflowing. Our sewer line was clogged from construction workers throwing paper towels into toilets. Called All American Sewer & Drain Service after seeing reviews on Angie's List.  Said it would be a few hours and would call before they came.  Called me and came over promptly. Jesus was a great guy.  Cleaned it out perfectly without any problems.  Amazing service and a friendly person to deal with.

I dropped an earring down the drain and then I dropped the magnet I was using to get the earring (great luck!). I called All American and they had a service guy out within a couple of hours. He was friendly, professional and even found my earring and magnet. Will certainly use them again!

DESCRIPTION OF WORK
Opened the catch pipe under the sink.

The drains were unblocked easily with the equipment brought which first sucked up the standing water and debris, including mud, then a roto- router was used to insure that the pipes were not blocked further down. The serviceman was very pleasant.