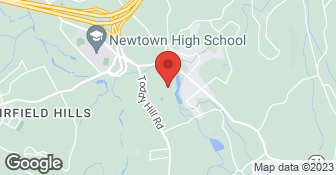 Armstrong Moving and Storage, an agent for Schneider Van Lines, is a family owned and operated Local, Long Distance, International and Commercial Moving Company. We have been A+ rated with the Better Business Bureau for almost 10 years. We are a well respected name in the moving and storage industry, serving families and employees worldwide with our relocation services. We stay within customer budgets while maintaining the highest levels of service. We understand our consumer's needs and priorities, and here at Armstrong, customer satisfaction is our number one priority

No show!!!! Armstrong Moving did not show up for the job. Don't bother hiring them, they are not reliable, cannot count on them.

I liked the fact that this was one of the first companies to reply to my request for an estimate. Staff was very nice. I personally spoke to & got advice from the owner Ivan & really appreciated it. I did feel a bit pressured by them to accept their estimate. Armstrong had the best price for my move but could not meet the dates & schedule I required so I ended up using another company.

Description of Work
Provided estimate for a long distance move

The guys showed up as scheduled and worked thru until they were finished. Very nice and professional.

Fine no issues. I reviewed and submitted a review for this more than a year ago.

Erica (one of their reps) has been out several times, they have brought me out boxes and paper and she is wonderful, she helped me come out to pack things. I have never had service like this before.

Description of Work
They are currently in the process of moving us.

Description of Work
I used Armstrong Moving & Storage, seven months ago. They helped me move.

The owner came to estimate the move cost; his estimate of the weight and cost was lower than an other BBB rated mover, so we selected Armstrong (part of Stevens World Wide Movers) based upon the estimate and assurance of quality. Days before the scheduled move, the van broke down, so owner sent a medium and smaller truck and several packers. We specifically identified high value and fragile items to the packers. Evidently, most of the packers could not understand English. We later discovered that some cartons contained comingled items (e.g. items from 2nd floor were packed in the same carton with items from the 1st floor, and identified vaguely in incorrect English spelling. Moreover, many fragile items were inadequately protected, (and were broken and suffered damage) while cheaper, less fragile items were overly protected with several sheets of wrapping. Clearly, the packers were inexperienced (or unqualified). Because the owner underestimated the size of the move, the medium and small trucks could not contain all of our contents. Late on the second day, the driver realized that the small truck was inadequate, and he borrowed another medium truck from a second company. The smaller truck was unloaded, and items reloaded and jammed into the second medium truck. The trucks left at 2300 hours; unfortunately, some items were left behind, and several items were.damaged due to the squeezing. After the movers unloaded at the destination and left late in the night, we unpacked and discovered that many items were damaged, and some were missing. We submitted an initial claim to Stevens Corp HQ in Saginaw Michigan. On balance, Stevens' allowed dollar judgements for the damaged items were fair, however they refused to acept our claim for the missing items (since we could not provide proof of loss ). We finally unpacked all of the boxes several weeks after we submitted the initial claim, and discovered more damage and missing items, but Stevens would not honor these additional items.

Description of Work
Thsi was a move of the contents of a two story colonial from New York to Rhode Island. We have moved similar quantities about six different times via different movers from different states. This clearly was the most stressful and difficult move. I would not recommend this mover. The Stevens Corp claims adjuster was thorough in her research of the value of the damaged items. After several attempts to increase the claim after we discovered additional damaged and lost items, we finally 'gave up' and reluctantly accepted their intiial amount to end the process after several months of negotiation, - but we still maintain that we should be compensated for the missing or lost items. The overall settled dollar amount was not unreasonable

MHO Movers is an experienced and trusted partner for all of your local and long distance moving needs. Through the years we have performed thousands of residential and commercial office moves, made thousands of furniture deliveries, provided packing and crating expertise, and suggest sensible storage solutions particular to your needs. Piano's and high value artwork are one of our specialties, and we can also get your belongings safely and afford-ably to any overseas destination. We have six skilled longtime employees.  …

Our business is our livelihood but it is also so much more. Affordable & Assertive Moving & Storage LLC was started to fill in a void in the current market and to make a business that people can place their trust in. Over the years we have never lost our commitment to our clients and that is what has allowed us to succeed in a very competitive industry. The employees of Affordable & Assertive Moving & Storage LLC stand committed to our purpose and will provide the best service!  …

Bonded
Insured
All statements concerning insurance, licenses, and bonds are informational only, and are self-reported. Since insurance, licenses and bonds can expire and can be cancelled, homeowners should always check such information for themselves.To find more licensing information for your state, visit our Find Licensing Requirements page.
All skilled traders and home improvement contractors operating in the State of Connecticut are required to be licensed or registered by the State Department of Consumer Protection. License or registration identification is required to be on all advertising, business cards, signage, and contracts. You can check to see if a contractor or tradesperson is licensed or registered by going to:https://www.elicense.ct.gov/
General Information
Free Estimates
Yes
Eco-Friendly Accreditations
Yes
Payment Options
American Express, MasterCard, Visa, Check, Discover
Senior Discount
10%
Emergency Service
Yes
Warranties
Satisfaction

We will not move flammable items, plants, foods, alcohol, and other items as per regulation of DOT both intrastate and interstate and international. Storage is not self storage and is not accessible to clients 24hours. Please be advised any homes or buinesses infested with rodents and/or insects will not be moved or stored.

How is Armstrong Moving and Storage overall rated?

Armstrong Moving and Storage is currently rated 4 overall out of 5.

What days are Armstrong Moving and Storage open?

Armstrong Moving and Storage is open:

What payment options does Armstrong Moving and Storage provide

Does Armstrong Moving and Storage offer a senior discount?

No, Armstrong Moving and Storage does not offer a senior discount.

Are warranties offered by Armstrong Moving and Storage?

No, Armstrong Moving and Storage does not offer warranties.

What services does Armstrong Moving and Storage offer?

Are there any services Armstrong Moving and Storage does not offer?

We will not move flammable items, plants, foods, alcohol, and other items as per regulation of DOT both intrastate and interstate and international. Storage is not self storage and is not accessible to clients 24hours. Please be advised any homes or buinesses infested with rodents and/or insects will not be moved or stored.