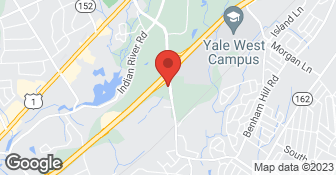 to be updates soon...

The fencing looks fine. The problem is the professionalism and punctuality. I paid $5000 up front with and agreed upon start date. With that start date, I arraigned 4 weeks off of work to accomplish what I estimated to be 1-2 weeks of landscaping required after the fence went up. Problem is, they didn't start on time, and by not on time I mean they didn't start for a month. During that month, not single phones call from them. After the first 2 week delay, I started to call them. No help whatsoever, first phone call was answered with "who are you, I don't have you on our schedule", repeated calls after that were answered with different ******** reasons why they couldn't accomplish the work. Funny thing is, after the work was accomplished they sure found my telephone number. I was called by the secretary ever 3 or 4 days requesting payment. I refused to answer the messages until Bill Walsh called. Requested a meeting with him; of course, now he is able to find my house within an hour. He had no real answer for the delays and no concern for my inconvenience and extra cost ($2500 I had to pay someone to do the landscaping I had planned to take care of myself).

Very poor and sloppy workmanship. I needed to constantly supervise and direct for correcting

The estimator came right out. Was very professional. The 2 techs did the work a few weeks later. They did a fine job.

I responded by telephone, to their business#, and left a voice mail message that I would like to schedule the service as soon as possible. I left my telephone number for contact. I have never heard back from them by phone or email.

Description of Work
I purchased the Big Deal. I was contacted by email 2 days later confirming that they received my order.

Contacting Walsh Fence was based on Angie's List, the promotional offer (on this site), and the majority of reviews. However, I would recommend that members seriously think twice of engaging the services of Bill Walsh. The poor revies of this company are typicl of my experience. Despite Bill's protest that and quot;The job was not to smalland quot; in response to another member, this was surprisingly the same situation that I encountered. Yet estimates from others ranged from $965 to 1,620 for repairs and a 10 ft double chain link gate. Sean, Walsh's estimator was the most peasant gentleman tha I had interviewed. He offere several solutions and options for my requirement, and promised to write up various individual estimates. When, after 12 days i hadn't received the promised e-mailed estimates nor a courtesy call, I phoned. The woman assured me that this is not how they operate. However, the next day, June 4, 2014, Sean left a message on my work answering machine tha said . and quot;Mr. Walsh doesn't want to do the job because it is too small.and quot; I very much wanted an explanation, especially in light of Bill's earlier rebuttal of the other member's complaint. I called during working hours but only recieved a voice mail. Identifying myself as an Angie's List member, I left a message for Mr. Walsh asking for an explanation. Profits before customer and quot;good willand quot; and above all else seem to be Walsh Fence's business model. I was initially concerned that Sean's gracious demeanor might be a distraction and that one may not expect the same service from the manager, stewart or installers. I am so glad that I didn't hae to find ut, by employing them, that my intuition was correct. Please, for your own sake, avoid this vendor. There are much more professional fence instalers locally with more extensive expertise, not only in fabrication and repairs but especially in cutomer relations. In Bill walsh's eyes I apparently didn't even deserve the courtesy of a return call. Or perhaps he is embarrassed to admit an unfortunate truth. Gary Russell

In response to [member name removed] comments/complaints regarding his request for a fence repair estimate: Initially, Shawn, the Walsh Fence sales representative, visited the site to begin the estimate. The customer needed a repair to an existing fence. Due to a booked out schedule, Walsh Fence decided that, at this time, only new fence installations and repairs to previous Walsh Fence installs, could be accepted. Walsh Fence temporarily sets these limitations to estimates as needed to allow for current jobs to be completed in a timely manner. [member name removed] voicemail to Bill Walsh demanded that the estimate be provided, with a threat to post a bad review on Angie’s List and the Better Business Bureau websites if his demands were not honored. Walsh Fence chose not to continue this interaction.
5.0

We contacted Walsh Fence and were promptly fit into their schedule for a fence installation estimate. We spoke directly with the owner, Bill, and received a quick, reasonable quote. They had many fence styles to choose from and we found exactly what we wanted for less than we expected; we didn't even have to go to a showroom to see styles as the brochures were fantastic. They even directed us to a home where the same fence was installed so that we could see a true-to-life fence representation, if we so desired. The installation was quick and professionally done; the workers were clean and respectful of our home. We couldn't have been happier with the people and process. We highly recommend Walsh Fence.

The vender made 3 visits. The first to assess the damage to my fence which had been damaged by a falling branch in a wind storm. The second to repair the fence and the third to bring the proper trim pieces to finish the job. (The wrong trim pieces were brought the first time.) Everyone from the company was pleasant and friendly. The pride in their workmanship was demonstrated by the return trip with the correct trim pieces. They could easily have used the weong ones they originally brought with and I probably wouldn't have noticed.

Well, given that he did not even show up at the scheduled time to provide an estimate, it went badly.

Description of Work
I called to ask someone to come by to give me an estimate on my fence. The person I spoke to said that they would come by at 11 am the next day. I made arrangements to be home for 11 to meet with him. he did not show up or call. I called the company and the woman I spoke to apologized and said that someone would be in touch. No one called to explain what happened. Lousy customer service and bad marks for lack of professionalism.

They have a lifetime warranty on the fence. They are actually finishing the job right now. They are very good and very professional on everything.

Description of Work
I am currently using Walsh Fence for building a privacy fence in our backyard and a picket fence in our side yard.

Spent two+ hours working on the problems. Let us know what they were going to do before doing it. When asked, were happy to level 3 fence posts without extra charge.

Residential and commercial garage door and opener sales and service. We can service and repair all major brands of doors and openers throughout the entire state of CT. We pride ourselves on having the BEST service anywhere and have a huge showroom in Middletown with several doors on display as well as openers and small color and material samples. We have been in business in Connecticut for over 30 years and are experts in garage door and opener replacement and repair. If your garage door is broken, off the tracks, has broken springs or is just not working properly, do not attempt to repair the door yourself. There are components on the door that can cause serious injury if not handled properly. Call the professionals at American Overhead Doors. American Overhead Doors offers a wide selection of Clopay door styles and construction options to meet your home style and budget. From custom carriage house doors to insulated raised panel doors, we have it all. Financing available. Cost is determined by job.  …

With a 20 years of experience in the field. My company strives to achieve excellent customer service. Can usually take care of a garage door repair the day of. If a special order garage door needs to be placed, we can also get that done for you. Looking forward to serving all customers in the beautiful state of Connecticut. Thank you we appreciate your business.  …

We provide garage door service and installation. We service all name brands of garage door openers and door.  …

Bonded
Insured
All statements concerning insurance, licenses, and bonds are informational only, and are self-reported. Since insurance, licenses and bonds can expire and can be cancelled, homeowners should always check such information for themselves.To find more licensing information for your state, visit our Find Licensing Requirements page.
All skilled traders and home improvement contractors operating in the State of Connecticut are required to be licensed or registered by the State Department of Consumer Protection. License or registration identification is required to be on all advertising, business cards, signage, and contracts. You can check to see if a contractor or tradesperson is licensed or registered by going to:https://www.elicense.ct.gov/
General Information
Free Estimates
Yes
Eco-Friendly Accreditations
Yes
Payment Options
Check, Visa, MasterCard, Discover, Financing Available, American Express
Emergency Service
Yes
Warranties
Ask for details

ALL TYPES OF FENCES SOLD & INSTALLED, INCLUDING GUARDRAILS & HANDRAILS.

How is WALSH FENCE overall rated?

WALSH FENCE is currently rated 4.3 overall out of 5.

What days are WALSH FENCE open?

Are warranties offered by WALSH FENCE?

No, WALSH FENCE does not offer warranties.

What services does WALSH FENCE offer?

Are there any services WALSH FENCE does not offer?