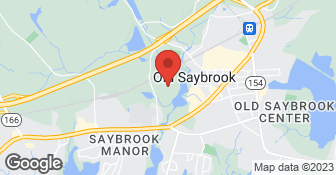 American Safe Wash is a residential and commercial cleaning company that offers non pressure roof cleaning, traditional powerwashing, pet waste management, air duct and dryer vent cleaning services. We use the latest and safest practices to clean and preserve your home's interior and exterior surfaces. We stand behind our work and even offer a 5 Year Warranty on our non pressure roof cleaning service. American Safe Wash has factory trained certified air duct cleaning specialists that offer the highest quality air duct and dryer vent cleaning service. Our Certified Dryer Vent cleaning technicians can help keep your dryer vent clean and play a critical role in your home's fire prevention plan. American Safe Wash offers traditional "pooper scooper" services as well as the latest DNA based pet waste management service called Pooprints for condominium associations, apartment associations and other managed communities. Click on this link to learn more https://www.youtube.com/watch?v=RaBaJIqq0Gg. American Safe Wash has been verified by www.asktheseal.com (an independent third party) that has verified that American Safe Wash has the proper licensing and insurance (liability and worker's compensation) as well as performed full criminal background checks on all American Safe Wash employees, As part of American Safe Wash's customer service, customers will receive an email the night before their cleaning appointment with the picture identification of the employees who will be coming to their property the next day so they know who we are before you ever answer the door. We look forward to the opportunity to earn your business!...

Transparency - We always take pictures and videos before and after each job to ensure 100% satisfaction, fully insured and affordable, please check our reviews and see how proud we are to serve our customers.  …

I am a locally owned and operated company. I have been doing this longer then some people have been alive, and am dedicated to the satisfaction of my clients.  …

American Safe Wash couldn’t do the job right after 4 attempts and the owner lied and wrote derogatory comments about me in previous social media which is why I am posting every where I can.... I hired them in 2018 (Invoice 3313) and after a full day of washing my home my well was dry. When I called to let them know they took absolutely no responsibility and said “you should have told us you had a well and we would have brought a water truck.” This snarky response was enough for me to decide to never use them again. Especially since the sales person, Carrie, literally tripped over my well when providing the estimate. And, by the way, since they drained it, I needed to replace my expansion tank and well pump. Now in 2020, without my knowledge, a painting contractor hired American Safe Wash to clean the house and fence before paint. It was a disaster. Drips were everywhere. If an employee left the front of the house with such obvious drips, it goes to show that the owner did not train, support, or supervise them properly. When I complained after their 2nd failed attempt, they sent their salesman out to “explain how soft wash worked.” In preparation for this visit, I broke out my electric washer and cleaned a section of the fence to show what it was supposed to look like. The salesman quickly conceded and sent the crew back for a 3rd time and I watched the crew apply the cleaner from the top down which is the wrong way to do it (supposed to apply cleaner from bottom and work upward) and explains why there are so many drip marks. I called the owner to complain and he agreed they were supposed to apply cleaner from the bottom up and he sent the same, apparently untrained crew back. So, on their 4th visit, they arrived and as they saw all of the misses and drips, they looked dumbfounded, and were virtually incommunicative. I simply expressed my dissatisfaction and in no way was I every derogatory as the owner suggested in other posts. The owner later admitted that they had mental disabilities but yet he sends them out to work and talk with customers who are clearly frustrated because of their lack of training, support, and supervision. Remember, this was the 4th time they were at my home. And, to top it off, during this 4th visit they became irritated, acted unprofessionally, and did not complete the job. There is no reason to believe that they can complete the job properly even after a 5th attempt. When I called the owner to complain, he was nice at first but soon became enraged and turned the situation and blamed me for not being “nice” to his employee, calling me a “hater” over the phone. I don’t think I have ever had such a heated conversation with an owner of a company. And, to show you what kind of person the owner is, when I wrote a negative review on another web site, the owner lied about our phone conversation making childlike, inaccurate, and derogatory comments about me trying to make me look like a bad guy. For the record, if the owner does not CEASE AND DESIST these actions, I will pursue legal action against his company and him personally. The fact that this owner lied and manipulated the situation is exactly why I wrote this negative review. It is not about the quality of the job, things happen, but his unethical behavior needs to be called out. To prove how unethical this company is, I found a review on another site where one of their sales people Cyr P. wrote a 5 star review pretending to be a customer. His review said; “Don’t have your home pressure washed, have it Safe Washed. Low pressure soft wash cleaning with unbelievable results. Made my siding look brand new!” On or around June of 2020, the owner responded “Thank you for your business!”. On February 7, 2020, the same person Cyr P. sent me an email trying to sell their services. I have the screen shots of this review along with his email to prove it. I believe this is fraud and I and have contacted the CT attorney general.

They did a great job and provided photos of the finished work. Flower beds were undamaged and no leaves were dropped I them. A minor oversight: our hose was not retracted on its reel.

They did a wonderful job. They are very professional and very customer satisfaction orientated. If there was any grade higher than an A I would give it to them.

Description of Work
Removed the black algae from our roof. They also did some partial power washing on the eastern side of the house.

Excellent. Better than any other service I have used in the past. Would highly recommend.

They were fine. Our experience with them was fine. They did a nice job.

Working with this company was a very good experience, and I would recommend them to others. Angie answers the phone promptly, returns calls, and follows up with emails. All the staff was courteous and professional. My case was unique the service representative who was originally supposed to do the work accidentally injured his ankle and couldn't make it to my house that day. But they overcame that obstacle, and they were still able to send out someone within 2 days to do the work. Nice job!

Description of Work
Cleaned all exterior windows, garage doors, and back deck

House looked like it was freshly painted. Whites were much brighter, mold was gone, and the house looked beautiful. They were courteous and prompt, and Angie was a delight to work with. I highly recommend American Safe Wash.

John & Quentin came; they were professional, courteous, friendly, & hard working. really a great pair of guys. unfortunately, we have a natural wood house that had a lot of mildew on it, & the low pressure wash simply did not do the job. there was much mildew left on both the house and decks. also, the windows do not come out streak free as claimed, & one in particular was still dirty with bird droppings. i called & told Angie (a total sweetie) what happened, & she sent them back to redo @ higher pressure. success: the house and deck now look like they've just been cleaned, & scrubbed. it was the difference between night and day. we wouldn't recommend a low pressure wash, but the high pressure wash did a great job. most importantly, American Safe Wash definitely deserves top ratings for standing behind their services and not giving up until the customer was satisfied. One final note: although this service is environmentally friendly, it was very h****** our plantings (both annuals and our Japanese maples). Just something to keep in mind if you use them.