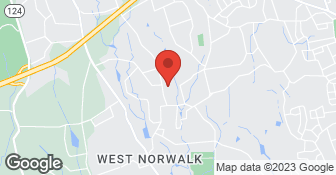 We offer everything for your moving needs. With a number of full time, and post time employees we can handle jobs large and small for an affordable price while offering amazing service....

Whether it be residential or commercial, cross-town or cross-country, Monroe Moving Pros treats your things as if they were they're own. We understand that moving is one of life's most stressful yet exciting experiences, we are here to eliminate the stress and let you enjoy this very exciting time! Monroe Moving Pro offers competitive pricing and free onsite estimates as we as: -Residential Moves -Commercial Relocation -Local & Long Distance -Full Packing Services -Storage - Secure & Climate Controlled Monroe Moving Pro is Fully Licensed and Insured!  …

A Man With a Van & More Inc

My business stands for pride and guaranteed service, honesty, and integrity instilled from my dad. Our mission is to give each and every customer an honest quote at the best possible price. It doesn't matter if it's just one piece or a full estate move. We value the trust our customers have instilled in each of us to do a great job with no problems, and to deliver and arrive on time as scheduled. I know and feel the rapport of my customers, listen, and take action to their needs. Additional phone - (845)424-4151. Additional email - movinganywhere@gmail.com or movinganywhere@aol.com  …

We provide local and long distance moving services at a competitive rate. I started this company in 2017 and have been servicing the Tri-state area ever since. https://www.benlizalogistics.com  …

Worst moving experience we have ever had. Also the most unbelievably rude customer service I have ever experienced. Avoid, avoid, avoid. Heavy Lifting Movers sent two guys to help us pack our stuff into two U-Boxes. They messed up in so many ways: - Snagged an upholstered couch on a mezuzah on the doorway. Tried to push through anyway; tore the upholstery and bent the mezuzah off the door. - Wasted time. They brought an under-charged cordless drill, which died. For a while, one mover was unscrewing the bed frame by hand while the other waited, until we pointed out that we also had a cordless drill they could use. - Packed U-Boxes with no regard for efficiency, then insisted they were full. (They also blithely claimed that there were no tie-down anchors in the box, which anyone who has ever opened their eyes inside a U-Box could tell you is false.) We had to unpack and repack more than half their work. When we did, we securely fit another 10 dining chairs, large desk chair, 15-20 medium to large boxes, and dozens of smaller items. - Packed many items unsafely. We had an excess of furniture pads, yet they used almost none of them. The movers placed our sofa upholstery against the rough wooden floor protected only by the flimsy, already-torn paper that had come with the U-Box. They also piled in our wooden bed frame pieces on top of each other with no protection. Likewise for several other items that should have been protected with pads (headboard, sides of dressers...). When the U-Boxes arrived, we discovered that a dresser had gotten a long hole gouged in its side by a hard object it had been placed against unprotected. They left a large ottoman perched so that it would fall out on whoever opened the door. While repacking their work, we even found a stray paper-wrapped glass jar that had been just placed in a gap between boxes. It was all extremely careless. - Because we had to redo so much of their "heavy lifting," our move was delayed by more than a day. Immediately after our mad scramble to redo all the packing and get out the door, we were on the road for two and a half weeks. When we finally arrived and had a moment to breathe, I tried submitting an issue report on MovingHelp.com, but heard nothing for over a week. So I called Joe and cheerfully started explaining the situation. He interrupted and proceeded to be a complete ******* to me. He hollered that he had no record of our job; that I must be lying because I was reporting a problem "a month and a half" late (it was not in fact a month and a half late, and the delay that did exist was completely explicable); that I sounded crazy because I said both that I had a photo of some damage from the move date and that some damage we'd only discovered upon arrival (two different bits of damage, dude); that I must just be trying to rip him off because I hadn't managed to squeeze payments out of the movers on the other end, who must be the real culprits; and on and on. Would not listen to any attempt at clarification, and searched for any possible way to shut me down. When I tried to get a word in edgewise (pretty darn calmly, I might add, especially given the situation), he hung up on me mid-sentence and blocked my number. Even if Joe were right—which he wasn't—his behavior was inexcusable. It's entirely possible that the company's other movers are great. It's also possible that if everything goes smoothly, the company's a joy to work with. But it's not worth the risk. Read the other reviews and you'll see the pattern: some of their movers are careless, and the moment anything doesn't go Joe's way, he becomes an aggressive, belligerent *****. (I fully expect him to show up here and claim that they never did this job, and/or that it can't possibly have been them that did the damage, and/or that I started yelling at him for no reason, and/or some other nonsense. Don't believe him. That's just his MO; again, look at the patterns in the reviews across sites.)

I scheduled 2 movers through uhaul’s website for Saturday at 1pm. I even reconfirmed with Joe directly Friday evening. Not only did the movers not show, Joe cursed me out really bad for saying it was crazy the movers had not arrived by 4pm and I didn’t appreciate how he snickered at their tardiness!!! Not once did I curse or scream or anything as soon as I said this is crazy he proceed to say F me, go kill myself, called me the B word, told me they are not coming, and hung up on me. I had him on speaker for the whole room to hear (3 other people who had arrived to help move) Very unprofessional. Not only that but he has been leaving responses to my reviews saying I’m an ex employee who was caught stealing! I never ever worked for this man in my life I was a paying customer! Shame on you!

It went really well. They were very nice and handled our items and furniture with care. They took care of all our packing which was a big relief for us! We didn't have to lift a finger. Once they finished packing our items. They loaded all our boxes and furniture on the truck. They did a good job packing the truck tightly so nothing was moving. When they arrived at our new house nothing was damaged or broken. They unpacked the truck and placed the items and furniture exactly where we wanted them. I will definitely use them in the future!

Thank you so much for your courteous review. It was a pleasure working with you.
5.0

He arrived on time and actually performed all of the services in the time he quoted. He didn't try to "milk" me for overtime, which was refreshing and was really personable. It was nice to have someone that could be humorous, but also get the job done in an efficient manner. I would highly recommend him to anyone reading this and have had him perform work for 2 other friends already.

Description of Work
Joe and his team helped me to pack up some of the bigger items (he had all the supplies and tools needed...very handy) and then moved me to my new apartment. I had never used a mover before, but I recently hurt my arm and needed the assistance. He was very professional, on time, and was there to answer my questions over 2 or 3 phone calls, and even brought the truck!!

No problem Mr [Member Name Removed]. We look forward to helping you in the future when you make your next move.