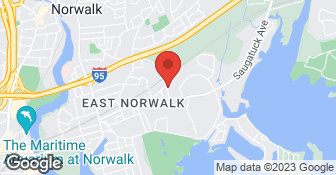 We signed a contract with H20 to install a sprinkler system on our property at the end of July 2020. We gave them a $4,000 deposit check and they told us they would be able to come out in the next 2-3 weeks. They had one excuse after another. We got another email stating they would come out the 2nd but no later than the 3rd week in September. We got another email stating they would install on Oct 2, 2020 or Oct 5, 2020. H20 called to see if it was okay to leave equipment in our driveway on Oct 1st and we said it was fine. We had the utilities marked by GPRS that we paid $600 for on Octoberf 1st. No equipment showed up on Oct 1st. I emailed H20 to make sure they were coming. I received a confirmation email on Oct 2nd stating they would be at our home on Oct 5th. I called them on Oct 5th when no one showed up to our home by 11am. The owner Dominick never called us back. This company is highly unprofessional. Don't waste your time with them. I called them back Oct 5th around 2pm because we never heard from Dominick and told them we wanted a refund. They said they would put the check in the mail but because they had lied on numberous occasions I put a stop payment on the check. I have never dealt with such an unprofessional company. They are the worst.

Dominick visited our property and provided an estimate immediately. He came back to discuss the job and was very thorough and answered all my questions. Unfortunately we were unable to have the work done because of an unexpected financial crisis. I will have his company do the work eventually. He was very professional..

Description of Work
Received a quote for new irrigation system..

They came late to the appointment we scheduled. Told me they would provide a quote within a few days. Follow-up with them several times via phone and email. Never received a quote or an acknowledgement.

I prefer not to write a negative review but this experience compelled me to do so. It went terribly. They were late, unresponsive, delinquent, rude and misquoted both price and policy. They tried to get me to replace nearly 75% of my system at a very high cost. When I pointed out the discrepancy in their pricing from what they initially told me, they acquiesced, but still did not reduce the over all price. They shifted the pricing to other aspects of the job. When I later asked for partial work to be done they tried to charge me for items that initially were quoted as free. When I pointed that out, the last response I got was abusive and unprofessional. After I checked the system on my own, I found that the information I received from H2O seemed wrong. I called another company and found that in fact, the damage over the season was minimal compared to their assessment.. Good thing I called someone to verify the information, or it would have cost me a fortune to fix something that did not need fixing.

Description of Work
they closed and opened the system for the season and checked heads.

Description of Work
We use H2O Irrigation Solutions for lawn irrigation. They installed an irrigation system about four years ago and they service it twice every year.

D & L is family owned and operated with over 35 years of experience serving Fairfield County!  …

FAIRFIELD COUNTYS PREMIER DESIGN & BUILD FIRM. Crafting the perfect landscape takes more than a green thumb and a shovel, it requires the knowledge and experience to bring your vision to life. With over 20 years of experience helping develop the best landscapes in Fairfield County and surrounding areas, NorthWind Designs has the skills and dedication needed to tackle any challenge. We offer both landscape and masonry design & build services, and with every estimate we also provide an image of your proposed final result. We are fully licensed and insured. From beginning to end we handle all aspects of the project. We are a full design & build company. We employ the most talented craftsmen in there perspective trade. Contact us today. We look forward to working with you on your next project.  …

All statements concerning insurance, licenses, and bonds are informational only, and are self-reported. Since insurance, licenses and bonds can expire and can be cancelled, homeowners should always check such information for themselves.To find more licensing information for your state, visit our Find Licensing Requirements page.
All skilled traders and home improvement contractors operating in the State of Connecticut are required to be licensed or registered by the State Department of Consumer Protection. License or registration identification is required to be on all advertising, business cards, signage, and contracts. You can check to see if a contractor or tradesperson is licensed or registered by going to:https://www.elicense.ct.gov/
General Information
Eco-Friendly Accreditations
No

H2O IRRIGATION SOLUTIONS is currently rated 2.5 overall out of 5.

No, H2O IRRIGATION SOLUTIONS does not offer eco-friendly accreditations.