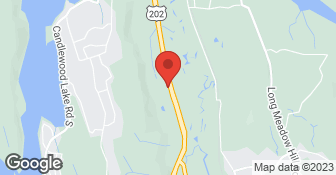 Right Choice Painting has being in business for over 16 years... Our costumers are very important to us and don't mater if you have big or small jobs, we will treat you the same!

Description of Work
Painting of the entire interior of home.

Description of Work
They never contacted me

They showed up on time, were neat, courteous and professional. I am very impressed with the work that was done and will definitely be using Right Choice painting again.

Description of Work
Prepare and paint most of the first floor of my house.

Right Choice was prompt, professional and hard working. Sanding the old deck was hot, hard, dirty work. They did a great job. Then they pressure washed the deck, caulked all seams and screw holes, and applied stain. They worked diligently and finished quickly. The deck looks great. They were the alternative to rebuilding the deck. Calling Right Choice was definitely the right choice for me.

They were fantastic. I was very happy with them.

Description of Work
I used Right Choice Painting. They did the carpentry work and the exterior painting.

What a great job!!! Not only were all members of the team professional, but they went way beyond in providing the right service to complete the job in a timely manner. I can't say enough, so won't. I would hire them again in a heart beat. The sequence was as follows: I chose three contractors and placed phone calls. RCP (Mike Leite) responded right away. Mike showed up, took measurements, asked my input, told me how he would approach the job, and put it in writing within 24 hours. He wasn't the most cost competitive, but appeared to listen and respond. We contacted Mike a few days later. He came out to verify what was to be done, choose color, and set up a time and date. His crew showed up at exactly the time he stated they would come, power washed off the old stain, and cleaned up. He called with the date to stain. His crew showed up, sanded down some rough spots, stained the deck, and touched up some spots that were not his responsibility. In other words, he fixed my mess.

They arrived at 8am, right on time, and they were done at 12.30. It was a perfect experience

Description of Work
I needed a small bedroom repainted, including some spakling and the trim.

Everything went well until 2007. I had two broken arms so I could not see what was going on. I had tried to call to have a couple of things touched up but never got a call back. They had typically been very responsive but then they stopped returning calls. They still did very good work.

Description of Work
I've used him for exterior and interior painting for years.

After a couple of slow starts due to early spring weather issues, the very professional group of 3 young men powerwashed our entire house and roof, completed prep and sanding work, and painted the house to our satisfaction. They were also able to help us with some minor wood rot repairs and some minor shingle replacements. We STRONGLY recommend this fine team and company. ***Our lead contact was Jessie Fernandez and he was a good communicator. The business owner, Mike Leiter was quick to respond to all of our inquiries as the work progresses. Great Team all around!

Description of Work
My wife and I needed to paint the exterior of our 2-story Colonial Home and we called five New Milford based painting firms for estimates. The estimates ranged from $3200 - $6200 to do the exact same job. We researched the companies and decided on Right Choice Painting as they had a preferred recommendation from the Better Business Bureau and they had the lowest bid. Job estimates were for the following: Powerwash the entire house, roof, and back decks. Replace rotted wood on four corners of the exterior home. Repair and replace damaged shingles on garage roof. Replace rotted wood panel on front of the home. Bondo and sand damaged wood trim and garage door. Paint entire exterior of home with primer/paint mixture.

For more than 15 years our painting company has served hundreds of satisfied customers around the New York and Connecticut area with experience in doing residential and commercial work. We are both licensed and insured making our business trustworthy and reliable. Our staff is trained to give our customers the best quality service. Even through COVID- 19 we are still available to safely meet your needs. Give us a call for a free estimate.  …

Star Painters LLC is a Painting service company in operation since 2005 in the Connecticut. Our areas of expertise is interior and exterior painting. When you work with Star Painters Contractors, you can trust that the job will be done right, the first time, every time. You will see the same crew and foreman throughout the project, and they’ll know your specifications start to finish. The job is not complete until you the customer are completely satisfied. Our crews are friendly, prompt and reliable. Our professional work will take years off the age of your home or business.  …

Bonded
Insured
All statements concerning insurance, licenses, and bonds are informational only, and are self-reported. Since insurance, licenses and bonds can expire and can be cancelled, homeowners should always check such information for themselves.To find more licensing information for your state, visit our Find Licensing Requirements page.
All skilled traders and home improvement contractors operating in the State of Connecticut are required to be licensed or registered by the State Department of Consumer Protection. License or registration identification is required to be on all advertising, business cards, signage, and contracts. You can check to see if a contractor or tradesperson is licensed or registered by going to:https://www.elicense.ct.gov/
General Information
Free Estimates
Yes
Eco-Friendly Accreditations
Yes
Payment Options
Check, Visa, MasterCard, American Express, Discover
Senior Discount
No
Emergency Service
Yes
Warranties
Ask for details

Right Choice Painting is currently rated 4.7 overall out of 5.

No, Right Choice Painting does not offer a senior discount.

No, Right Choice Painting does not offer warranties.