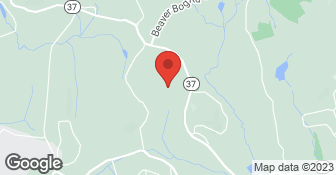 SUPER SERVICE AWARD WINNER-Roofing -4 Years in a Row! (2015-16-17-18) Licensed in Westchester, Dutchess, and Putnam Counties, and the state of Connecticut. Hello, my name is Chris Sanservino, I am the owner of Able Roofing and Home Improvements. For over 25 years I have been involved in the building trades, including roofing and many different aspects of residential and commercial building. This translates to a complete job for my customers. These varied skills allow me to find potential problems that others may overlook. I stay on all my projects and oversee the work to ensure a professional outcome. I use top quality materials and guarantee proper installation. If you are looking for honest, competitive pricing, without hidden charges, then give Able Roofing a call.  …

Yorktown Painting Contracting Inc is a full service, fully insured residential Painting company in Westchester county NY. Our team of professionally trained painters follows craftsmanship operating procedures to insure longevity and best protection for painted surfaces. Industry standards and procedures set forth by PDCA (Painting and Decorating Contractors of America) guarantee every job receives a thorough specification and methodical execution plan. Home owners have many choices when it comes to hiring painting contractors but not everyone can deliver what they advertise. Contact us for a no obligation consultation and estimate - 914.837.7301  …

I am writing this review hoping that others can avoid the agonizing experience that I had with Richard Erdman of Right Choice Remodeling. I hired him in July 2015 to remodel my porch, based on recommendations I had seen online. When the job was completed there were constructions errors, missed commitments, scheduling failures, cost overruns, and broken promises. Mr. Erdman always had an excuse or an explanation, as if they were due to my shortcomings rather than his. He was not customer focused. I lost all confidence and trust in his ability to complete the job correctly, on time, and within budget. I hired another contractor to complete the job and informed Mr. Erdman that I would no longer be using his services. Then began the hardships and injustice I was subjected to by Richard Erdman. Mr. Erdman demanded payment $1,600 for window installation that was originally planned but that he would not be doing, and for materials he had claimed he had purchased. He never produced the receipts for those materials despite three requests from me. He threatened to place a mechanic's lien on my home and to sue me for $5,000+ for breach of contract. On October 7, 2015 he received my check for $2,500 and agreed upon that amount for materials purchased and for release of contract. That amount included the payment for windows that were not installed. He still failed to give me the requested receipts or the release form. I paid the new contractor and a mason a total of $10,036 for the work which was include solving the following problems that Mr. Erdman created: 1. Two customer windows and a custom door were incorrectly sized 2. Three concrete steps were poured with riser heights of 6 inches, 6.5 inches, and 9 inches. 3. Mr. Erdman ordered $1,500 worth of extra materials from a supply store. The store is more than a 1 hour drive from my home, so they would not come to retrieve the materials. My new contractor charged me $210 to return them. In summary, Mr. Erdman failed to perform per contract, inappropriate threatened and intimidated me, and took advantage of me as a home owner and a customer.

Richard was punctional and very responsive. He explained all the steps in detail and was always available to answer questions. He provided photos of work in progress and checked in with me regularly. His work was completed professionally and within the deadlines we discussed. I was very satisfied with the work he completed.

Description of Work
Coordinated the Installation of new strip oak flooring in 3 rooms. Installed new shoe molding above all flooring. Removed and reinstalled front door to be above the floor height to allow for new oak floors. Installed new screen door. Installed new bathroom floor replacing linoleum with tile. Remove tile around tub wall. installed new cement board, tiled and grouted. Picked up and delivered materials to site as part of pricing.

The work was phenomenal! It looks great and Rich and his son take great care to get things right. Very courteous guys who call and let you know ahead of time exactly when they'll arrive, which is something we're not use to with contractors, quite frankly. The price was much lower than any other bids we received.

Description of Work
Did work on the outside deck. Replaced worn and rotted wood. Shored up unstable areas. Added stairs.

After countless estimates and proposals from other contractors, I met with Rich and walked him through the extensive work that had to be done to the foreclosure my husband and I purchased in March of 2014. Rich was the only contractor that came back with a detailed list of all the jobs as well as itemized pricing per job at a very reasonable price. Because of the significant work that had to be done to the house - Rich worked on the house between May 2014-October 2014. (we recently re-hired him to come back and build a wooden walkway for outside the house which he is working on as I type this.) Richs dedication to his craft as well as his solid work ethic impressed many of my neighbors whom contracted him out for their own home projects as well as my parents who hired them to do work on their house. No job is too big or too small for Rich to handle. As long as he has his coffee and water throughout the day - he will work from sun up to sun down! I highly recommend Right Choice Remodel for all of your home improvement needs!

Rich was on-time, professional, on budget and extremely considerate of my parents at every step of the process. He also took the time to keep me updated (I live out of state) on the project. And the quality of work was first rate.

Description of Work
Rich built a set of basement stairs for my parents in New Milford.

We had an appointment with Rich from Right Choice Saturday afternoon. He never showed up and we never heard from him. This is totally unacceptable. At least have the decency to call and cancel.

Description of Work
NO SHOW - NO CALL

The only appointment we had was a week before at 12:30 on the 5th of April, which this homeowner cancelled at 12:00 while I was in transit. No problem or complaint by me. She did want to reschedule and was supposed to call me to confirm. I never received that phone call and no appointment was ever rescheduled.
5.0

Description of Work
I had a horrible flood in my apt , Mr Erdman came right out to assess the damages and within one week the job was done..Mr Erdman put in endless time and energy to make sure my home with put back together the correct way . Mr Erdman does quality work , he had done some small work for me prior to this huge job and his prices were fair and reasonable . It is hard to find a workman like Mr. Erdman. I own several homes and has been burnt by shoddy workmen in the past . I can only give high praise to this gentleman.Mr Erdman touched base with me every step of the way and explained every detail and option available to me .Mr. Erdman is a master craftsman , I am so glad I have finally found a workman that I can trust to do quality work that lasts.

Explained our vision to Rich and boy; did he deliver. Our reading room shelving project required a wall that wouldl house five sconces that will overlook the shelves. Rich measured, cut and built us a soffit for our lighting . Professional, on time and great at what he does. He even help us pick out the lumber for our shelves. We couldn't have been more pleased with the finished product.

We were very happy with the work Rich did for us. He was very insightful and full of ideas. He laid all our options out and explained everything in detail. He was always punctual and returned calls promptly. We have already contacted him to do more work for us and will continue to use him in the future.

Services outside our area of expertise or that require special or additional licensing.