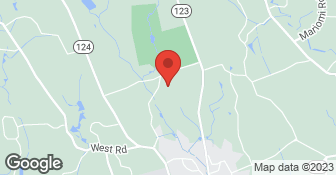 Honest and reliable home inspectors serving residential buyers and sellers in Fairfield County, CT for over 20 years. Our thorough inspection covers all structural, electrical, plumbing, septic, and heating systems, and includes tests for water potability, radon, and infestation. Buying or selling a home may be one of the most important decisions in your life. Don't make it without a Total Home Inspection....

Based on numerous recommendations from coworkers, and based on the stellar previous Angie's List reviews, we hired Total Home Inspection to do a property inspection for a home we had an agreed upon offer to purchase. The inspection was scheduled for 10AM, but when I arrived at 10AM, Bill Hirsch had already been there for some amount of time performing an exterior inspection, demonstrating his professionalism and punctuality. Throughout the inspection Bill was friendly, talking with myself, our buying agent, the homeowner and the selling agent, asking them questions about various things he had observed in order to avoid misunderstandings. With each important system tested, Bill took the time to carefully explain his findings to me, and to demonstrate the basic functions and maintenance required of the setup. Bill's heating system subcontracting inspector, Ed (didn't catch his last name), was just as professional as Bill throughout. As Bill told me at the beginning of the inspection, we was going to treat me like his son throughout, and it absolutely felt that way. Bill's inspection report totaled 30 pages, documenting issues as minor as chipped paint and as major as possible water intrusion in the attic. The report was thorough, not pedantic, explaining the potential importance of each finding carefully. The separate report filed by the heating system subcontractor was also thorough. Bill also performed testing of the well water pre and post filter, the report generated by AquaTek leading to the seller installing new systems to fix the well water's high levels of uranium and colliform bacteria. All in all, the Total Home Inspection cost $1500 and was worth every penny. Bill identified easily $35000 in potential costs, leading to a reduced price for the home and the negotiation of a seller-paid home warranty on some of the concerned components. Thanks for everything Bill.

We have used Total Home Inspection twice in the last few months to assist us with our home buying process. Simply put, we TRUST them and in both occasions I can confidently say they have steered us clear of some potentially nasty events and future expenditure that might have occurred without their advice. Not only have they pointed out some significant defects with the homes we looked to purchase, but they have an ability of explaining things in layman terms and making you feel confident in your understanding, and subsequent decision-making. They even brought their own door mat to wipe their feet - talk about manners! Every now and then, you come across a company that provide an experience which makes your feel like you got true value for money - this is one of those companies.

As a first time homebuyer, I was worried that a home inspection would go over my head. When I arrived, Bill had already completed the outside inspection and explained the results in order to minimize our time onsite. His inspection of the interior of the home was extremely thorough yet efficient. He understood that I was a first time homebuyer and was able to explain things to me in a way that I could understand without getting overwhelmed. I appreciated that he told me information that he would want his daughter to know if she were in my shoes. He was very patient but not condescending and I feel that I have a better understanding of the home, as well as overall issues related to home ownership. He had his report to me the next day, which was comprehensive and well-written. Additionally, Bill had a bug inspector and oil person come to the home. Both of these men were also very helpful and patient when explaining the ins and outs of their respective areas. It was obvious that they had a lot of respect for the quality of work that Bill delivers. I am very happy with my experience with Total Home Inspection and would hire Bill again.

Description of Work
We hired Bill to complete a home inspection for a house we are trying to buy. We also had a water lead test and radon test.

We recently had an antique house inspected by Bill at Total Home Inspection and recommend his services without hesitation. Here's why: 1) Professionalism. The team at Total Home Inspection is thorough, professional, and basically drowning in decades of experience - no stone will be left unturned during the inspection process and they're not afraid to call a spade a spade. As much as we all want our inspections to go smoothly, it's important for an inspector to stay neutral and help you avoid walking into a money pit or potential health hazard. 2) Experience. With a deep network of industry professionals at their disposal, Total Home Inspection is able to guide you to the right people in the event you need additional evaluations done following your inspection. Avoiding having to pick a random name out of the yellow pages can be the difference between a job done right and lighting money on fire. 3) Education. For those of you who aren't handy around the house, think of hiring Total Home Inspection as a two-for-one: you're paying for a top-quality home inspection and getting a half-day crash course in home ownership thrown in for free. Bill never made me feel like he was rushing to get out of the house and I took the opportunity to ask a fair number of questions, all of which Bill answered to the best of his ability. With the amount of time Bill spent fielding questions I felt like as much of a student as a customer. 4) Punctuality. Bill arrived prior to the scheduled appointment time to get a lay of the land and begin inspecting the exterior of the property, making an excellent first impression. 5) Total Home Inspection uses actual English in their reports instead of hastily checking off a bunch of pass/fail boxes, and each section of the report goes into significant detail to help you understand how the inspector came to a particular conclusion. If you're not well-versed in how things like HVAC work this can make a huge difference in being able to actually parse a report! 6) Your relationship with Total Home Inspection doesn't end when the report is delivered (the same day, by midnight) - your inspector stays available for follow-up questions and advice during what can often be a confusing and stressful time. There may be other competent home inspectors in this area, but we'll never know because Bill Hirsch and Total Home Inspection have earned our future business.

Bill did a top-to-bottom review of the home. There were no details that were too small. After completing his inspection, he spent almost an hour reviewing all of the key findings - making sure to decipher between what was truly important and what was not. The time he spent with me made it much easier to review the final report and understand its contents. Throughout my time with Bill, I found his advice and guidance invaluable. Along these lines, I greatly value my ability to keep Bill as my "trusted adviser" going forward. All-in-all - top notch and highly recommend!

Description of Work
Total Home Inspection performed an inspection for a new house purchase. They were incredibly responsive to our request for an inspection and flexible in offering times to do the work.

Total home was punctual, professional, considerate, neat and wonderful. I would not hesitate to use them again. I had the report within 1 day with photos. Report was easy to read and understand.

Description of Work
I had a new home inspected.

Thank you for the kind words, you were a pleasure to work for. I hope you and your family enjoy your new home! BH
5.0

Bill did a great job evaluating the property in great details, including providing very useful remediation advise. Will certainly consider hiring again in the future should we need his services.

Description of Work
Hired Bill Hirsch to perform a home inspection before purchasing our property.

He had found out multiple water leakages, sump pump hided under the carpet, cracked fireplace wall, and possible rodent problems in this house. He took time to call and explain to us about the report. He is honest and professional. We had use quite a few home inspectors before, he will the first we would consider to hire again in the future.c

Description of Work
We had hired Mr. Bill Hirsch to inspect one of our potential real estate buy. He had done a thorough job and gave us a written report before end of inspected date.

Everything was ok. I felt they were precise. Bill gave us a detailed inspection report with pictures. However, he mentioned a lot of things the day of the inspection that he did not include in the report. They also performed an oil tank test. The man they used for the oil inspection was not as precise and said a few things that put us in doubt. He couldn't confirm or deny if there was an underground tank and that caused everything to be put on hold for a while.

Description of Work
They did a home inspection that included a radon test.

JS Architecture PLLC was founded in 2021 but we have over 15 years of experience in residential and commercial architecture. Through our designs, we strive to find the perfect balance between comfort, practicality, and beauty. Our goal is not only to create stunning structures, but to improve lives. We service both New York and Connecticut, but we are willing to travel for select project. What also makes us unique is our ability to offer home inspection to potential buyer.  …

Mr. Inside Out Home Inspection Services, Inc. is licensed to perform commercial and residential inspections throughout the Tri-State area and the Boroughs. We also provide Environmental testing services. During Covid-19 we are still working 24/7 for your convenience. We are wearing all necessary PPE and following all guidelines on our Home Inspections. Please contact the office to discuss any questions or concerns 800-396-0191. All extra services needed to provide a thorough inspection may be discussed at the inspection (refer to our ads). Your reports will be promptly emailed. See our website for Price Quote details or give us a call. Dennis Friend - CT LICENSE # HOI.0000164, NY LICENSE # 16000007830, NY Mold Assessor # MA00063, NJ LICENSE # 24GI00022600. NYS Asbestos Inspector License # 22-02015. Additional contact: Paul Coombes. Mr. Inside Out does not do repairs, that is a conflict of interest.  …

Insured
All statements concerning insurance, licenses, and bonds are informational only, and are self-reported. Since insurance, licenses and bonds can expire and can be cancelled, homeowners should always check such information for themselves.To find more licensing information for your state, visit our Find Licensing Requirements page.
All skilled traders and home improvement contractors operating in the State of Connecticut are required to be licensed or registered by the State Department of Consumer Protection. License or registration identification is required to be on all advertising, business cards, signage, and contracts. You can check to see if a contractor or tradesperson is licensed or registered by going to:https://www.elicense.ct.gov/
General Information
Free Estimates
Yes
Eco-Friendly Accreditations
Yes
Payment Options
Check
Warranties
No

Total Home Inspection is currently rated 4.8 overall out of 5.

No, Total Home Inspection does not offer warranties.