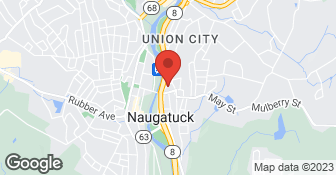 With over 12 years in the construction industry, we are an owned and operated company that will get the job done right the first time. We can do big or small projects and we can work out your payment too. Our company's mission is to build relationships with our customers, so they always know who to call. We look forward to working with you, give us all call today!...

Rafael did excellent work! We are blessed to have him.

Description of Work
Rafael, failed to be responsive, reliable, and professional in my opinion and situation. I gave him the job since June. Scheduled it for mid September. Never showed up or called. I walkways had to call him to find out if he was coming or not. Promised again mid October never showed up. Then finally came first week of November. Project was approximately 1.5 days worth of work. He finished it in a month. Only came for a few minutes after another project. Tried to change the price after he started the job. I asked him 3 times to provide me a written quote never did. In the middle of the project he wanted the change the price and not admit what we had agreed verbally. Luckily I had saved text messages, after he saw our texted conversation he admitted to to the job at initial price. Project was completed but shows lock off experience, professionalism and quality. I will attach some photos.

Wow I feel sad to hear that so many lies sorry about your experience and the urge to push someone down for nothing. I wish you well and hope you learn how to be a better person

Rafael did great, prompt work on my fix & flip. We had good communication throughout the whole project; he's extremely responsive via phone, text or email. The work was good AND fast - which is hard to find. He knowlegeably answered any questions I had about any items, and was great at coming up with solutions to any issues that arose. I'm looking forward to working with him again on my next project!

Yey thank you [Member Name Removed] was a pleasure serve you I look forward for the next house!!

I hired Mr. Mendes because of the Super Service designation, and the large number of positive reviews. Mr. Mendes made several visits to my home for completion of the two projects. Each time, he arrived promptly, and was very pleasant and easy to talk to. He did a beautiful job with the medicine cabinet, but the bookcases were another matter. The core issue I had with Mr. Mendes was that some of his actions had the appearance of taking shortcuts so that he could leave as quickly as possible to get to the next customer. Examples: (1) He (knowingly) used two pieces of damaged wood in two of the shelves. Both pieces had four inch chunks missing on the backside. The damaged area on one of the pieces was large enough to be able to see straight thru floor to ceiling. (2) He (knowingly) left about 12 exposed nails. Specifically, either the nailhead was left projecting about 1/4 inch, or the nailhead was cut off but with a spike remaining of 1/8 to 1/4 inch. This is a safety issue. Accidently bumping your hand on an exposed piece of nail can produce a nasty cut. (3) Painting the bookcases -- numerous drips, runs, and puddling. This is what happens when you use too much paint instead of using less paint with a first coat, letting it dry, then re-applying.. Again, I wish to state that Mr. Mendes is a very pleasant person, and did a wonderful job with the bathroom recessed med cabinet. Nonetheless, the problems with the bookcases overshadowed this.

So sorry that you feel this way [Member Name Removed] but some of the statements are not true, I didn’t left nails intentionally and the damage wood could be easily fixed with putty however I replaced the wood and fix everything you asked me to same way was the paint I even relief you $150 just because you wasn’t happy.

The work was done professionally - very helpful, polite and timely. Highly recommended. We’ll be calling Rafael again for work in the future for sure!

Had trouble finding the matching piece, i wanted to order it ahead of time. Rafael was able to find it for me, and was able to get me in his schedule early. Quality work, the gate looks great!

Thanks Hope I can serve you again

OMG, I had the privilege to meet Rafael the owner. He personally did the job at my home. He is a total professional. He knows the entire home and im not aware of a job in the home he could not do. I recommend this great company all day long. His rates are very very good and he is willing to work with you on payments. He's me go to handyman.

Excellent! Rafael was very professional and courteous and it was a pleasure to have him do what we needed done👍🤩 We would use him again without question!

Thank you for your review I appreciate your business

No one ever contacted me from this company

Rafael was punctual, professional and efficient. He did a great job assembling and cleaning up. Looking to potentially hiring him to do work at my parents house.

Absolutely awesome. Professional, attentive, attention to detail, friendly and fast. Within minutes of going to Angies List, Raphael called me and was on the job within 2 days. Definitely recommend. Agile Construction will be go to from now on. I have this company on speed dial.

Description of Work
taping and paint

Very good. I'm so glad I used angieslist. I will refer my friends

Small repair job, however Rafael was on time and performed professional work to complete the project. Would definitely use again for any work.

Description of Work
regrount around bathtub

Agile construction did a wonderful job on our bathroom, he was efficient/timely and professional. We would definitely recommend hiring him and will be doing so in the future!

Excellent service, called to say he could come early, arrived on time. Stayed focused on what needed to be done. Would hire again without a doubt!

It went great! He was on time, work was done fast and tile looks great!!

Thank you [Member Name Removed] was awesome serve you

Rafael was able to give us a quote the same day we contacted him. He’s professional and responds quickly to texts/messages. We’re very happy with our new shower/tub and would work with him again in the future.

I’m sorry for the canceled appointment and waste of your whole day, you were informed as soon as I could move enough to txt you a message. Considering the accident I believe this review is not fair at all... and not thoughtful...

It was great! Raphael was so responsive and always kept in touch with me. He came when he said he would and always let me know if he was going to be even a little late. The work was done perfectly and I couldn’t be happier! I would hire him again for sure!! He was a pleasure to work with!

Description of Work
A doorway and a pass through as to be closed up and painted.

Perfect, I would definitely recommend and be interested in hiring them for more work around my home!

Agile Construction did a wonderful job removing a window and closing off the space. They were incredibly prompt, professional, and affordable. We truly could not be more pleased with their work. Highly recommended.

Description of Work
Window Removed and Closed Off

He came when he said he would did all of the work in one day and cleaned up nicely, thank you!

Agile Construction arrived and quickly dismantled one shed and assembled my new one. He was personable, efficient and professional. I intend to use this company again soon.

Description of Work
A large shed was assembled.

Rafael was easy to work with, great communication, and absolutely NO run around! He was prompt, and got the job done! Excellent work. We will definitely use his services again and will recommend to family and friends!

Description of Work
Rebuilt back porch

We have the experience and dedication to bring your dreams to reality! Specializing in masonry all tape and harscaping services. We guarantee your satisfaction and we won’t leave until the job is done right. We pride ourselves on the quality work we provide,great customer service! Call or click to schedule a free estimate today!  …

Insured
All statements concerning insurance, licenses, and bonds are informational only, and are self-reported. Since insurance, licenses and bonds can expire and can be cancelled, homeowners should always check such information for themselves.To find more licensing information for your state, visit our Find Licensing Requirements page.
All skilled traders and home improvement contractors operating in the State of Connecticut are required to be licensed or registered by the State Department of Consumer Protection. License or registration identification is required to be on all advertising, business cards, signage, and contracts. You can check to see if a contractor or tradesperson is licensed or registered by going to:https://www.elicense.ct.gov/
General Information
Free Estimates
Yes
Eco-Friendly Accreditations
No
Payment Options
Visa, MasterCard, American Express, Discover, Check, PayPal
Senior Discount
10%
Emergency Service
Yes
Warranties
Yes

We can do everything don't worry

How is Agile Construction and Home Improvement overall rated?

Agile Construction and Home Improvement is currently rated 4.7 overall out of 5.

What days are Agile Construction and Home Improvement open?

What payment options does Agile Construction and Home Improvement provide

No, Agile Construction and Home Improvement does not offer eco-friendly accreditations.

Does Agile Construction and Home Improvement offer a senior discount?

Are warranties offered by Agile Construction and Home Improvement?

What services does Agile Construction and Home Improvement offer?

Agile Construction and Home Improvement offers the following services: We can do everything don't worry