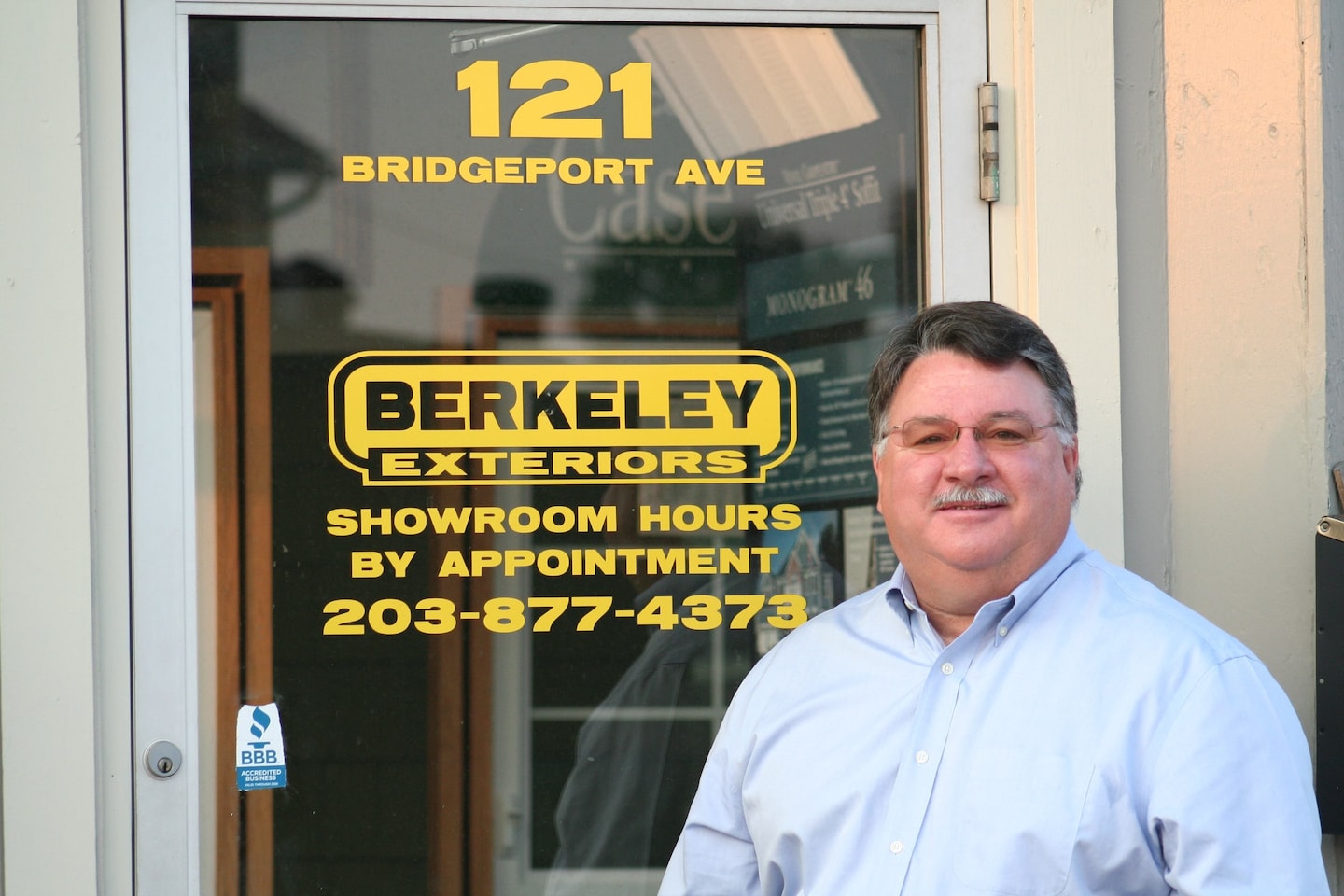 Owner operated. 28 years. No Salesmen or commissions. Our reputation for quality materials and exceptional craftsmanship and complete customer satisfaction is why people feel confident doing business with us.

The work was stellar! I have used this company three times for various siding projects, they never disappoint. Their work is on point with great attention to detail. Thanks guys!

Fantastic work, pleasant workers, extremely punctual and fair priced! Have had him back for some small things as well! Highly recommend!

Berkeley Exteriors did an excellent job. They were able to replace both the main roof and garage roof in the same day. Cleanup was exceptional. You would never know they were here. They also replaced the venting pipe that both bathrooms were using, and added a ridge vent to the new roof as well. I would recommend Berkeley to any one needing roofing work.

Was the one contractor my wife and I felt very comfortable talking with about what we were looking for. Was not the best price but right in the ballpark and as said before you we're extremely confident you weren't getting snowed by him. They showed up when he told us he would the crews he had were very capable the only problem I had was they didn't speak much English they were from Czechoslovakia I believe but they were excellent workers and took pride in what they did.We would gladly recommend Mike and his company to anyone hope this review helps Mike and Maureen Maddern

Description of Work
New roof and siding plus gutters

We have always considered Berkeley Exteriors the best. They had sided our home and replaced our roof in the past. A severe northeaster wind storm caused a tree to come down and rip our electrical wires off the house. The siding was damaged as well. The electrical wires could not be replaced until the siding was repaired. Since we have a well, we would have no water, including toilets. There was much damage in our area, but Berkeley came within hours and dedicated 4 hours to repairing our siding just in time for the electrician to arrive. They were very reasonably priced. On the other hand, because of demand, tree services were charging four times the usual rate.

The best contractor is the one you keep going back to time and again. My first experience with Mike and Berkeley Exteriors was in 2010 when he replaced my roof and gutters. I called him again in 2013 when I needed a new front door and storm door installed. Most recently I called Mike to replace the windows and doors on my 3-season porch. I also wanted to refinish the interior of the porch (new walls, ceiling, trim for the new windows & doors, etc.) and Mike gladly recommended another contractor to do that finish work for me. As the new contractor started to demo the interior of the porch he discovered a significant amount of structural damage to the walls and knew that problem would have to be corrected before the windows could be installed. But he was uncomfortable doing that type of work. Mike to the rescue. Without skipping a beat, he arranged for his carpenter to completely rebuild all three exterior porch walls before proceeding with the installation of the windows and doors and then residing the the exterior with vinyl siding. I am thankful for Mike stepping in immediately to solve a very large unexpected problem. Without him, this project could have dragged on for months. As it turns out, in less than a month, I have a completely finished and absolutely perfect new 3-season porch. In addition to the quality workmanship, the professionalism and friendliness of his crew made every single day of this project a pleasant experience. I will continue to use Berkeley Exteriors for my next home improvement needs.

Description of Work
Installation of new windows and doors for a 3-season porch.

They never returned phone calls. I never had the opportunity to use them.

Mike and his team were the best. Of all the roofer estimates I received, Mike was the only one that took the time to thoroughly explain everything to me. He spent over an hour, at my dining room table, explaining the various roofing options and plans for my roof, including how certain areas were to be installed. The price range that I had been quoted, from many different roofing estimates, ranged from $5,300 to $10,900 with the median price being in the $7,500 range. Mike's estimate came in at $7,250. The work time frame was initially scheduled for five weeks out from contract signing, but after 2 weeks Mike contacted me and told me the job could be done that week. The entire team arrived promptly, (even early), on the schedule date. The foreman greeted me and took the time to explain everything again - which reinforced to me he had talked to Mike ahead of time. Work went almost exactly as planned. The foreman kept in touch with me regarding questions etc. They did not have to replace any plywood, which I found to be quite refreshing - and honest, considering they could have replaced a whole bunch of it, and I would have been none-the-wiser. The complete job took almost two days, as promised, and I couldn't be happier. My roof is gorgeous and looks fantastic. Total price came in at $7,400 all said and done. I would highly recommend Mike and his team.

Description of Work
Entire roof replacement on a house with a double layer of 20+ year old roofing. Replacement to include regular shingles on the front of the house, and the garage. Also added a Ridge Vent, and a rubber membrane roof surface on the back of the house which had a low-pitch.

This is the most organized company I have ever dealt with either during my 40 years in business or personally. They responded quickly to my request for a quote and any other time I had a question, coordinated three projects efficiently and as inexpensively as possible, and I was told by another contractor they did an excellent job. I have already recommended them to others.

Description of Work
Berkeley replaced my old aluminum siding with vinyl siding and also replaced the gutters, two storm doors and an awning. Everything went better than I had expected. Due to a cancellation, they were able to start my home several weeks earlier than originally scheduled. They arrived every morning on time and left each night with the area around my home relatively clean considering the size of the job. I would certainly consider using them when my roof needs replacing in a few years.

They arrived promptly as they said they would. They appreard everyday and worked straight through until the entire job was completed. They were always very profession. Their clean up was immaculate. Great group of guys to work with. The president Mike is easily accessible by cell phone. They have 20 years in the business and did a great job. They also came out and put a wire in our gutters to help with all the snow and ice we have received. They were very busy and still made time for me to help with the gutters.

Description of Work
They installed vinyl siding on our 2 story colonial home. They also built and installed siding on a new chimney chase .

Berkeley Exteriors was fantastic! The experience could not have been better. I only wish we had found them earlier. Their pricing was comparable with other quotes but by far, we believe it was the best overall value. Mike came to our home, walked our property and did a lot of listening. He focused on what we needed and did not try to sell me additional services. Any questions and concerns were promptly addressed and he offered ideas and insight that seems to have eluded previous contractors. My husband and I were very comfortable. We were experiencing difficulties with our HELOC application at our bank and Mike offered suggestions on alternative funding sources, which turned out to be more cost effective for us. The installation teams (roofing and siding) were highly skilled, prompt, courteous. The work site was cleaned up each day. I felt sorry for some of the weather conditions they encountered but they were undeterred! After each work phase was completed, a supervisor, or Mike, came over to inspect the work and see if we were satisfied. If you are evaluating roofing and siding contractors, look no further, just call Berkeley.

Came out, looked at deck to be repaired hand the window to be replaced and assured me he needed a few days to get some costs together. Never heard from him again. I would have apreciated his saying he couldn't do or didn't want this work.

Description of Work
Came out to provide estimate very quickly after my first call about deck repairs.

Called them after 12 years from when they put in windows that there was a problem with the seals in the windows and they said there was a recall and they were covered by the factory.I just had to pay someone for replacing the glass no charge for the new glass.

I love their service. I really like that they go to the town hall to get the permits, deal with the inspectors, and they know what is involved in the process. They are very thorough, professional, and knowledgeable. They gave a schedule and finished within that schedule. I will continue to use their services.

Description of Work
They replaced about eight decks in my condominium complex.

I had a great experience with this company. The workers paid close attention to all the details and did a wonderful job at each house.

Description of Work
Mike and his crew sided two rental properties for me. I could not have been happier with both jobs. One job was on a three family home. The other was on a small single family home.

They were very professional, very clean and they didn't trap any dirt into my house while they were working. The materials were outstanding. The gentlemen that came into our house were very meticulous in the work that they did. I guess, the finished product was absolutely beautiful and it was really based on the owner's suggestions.

Description of Work
Berkeley Exteriors Inc. did the deck in our house.

Due to the weather in June we had to reschedule a couple of times but they go the job done and we are happy. Matt was very professional and the estimates seemed fair.

Description of Work
Matt came out and gave us an estimate for a roof leak. While others came in significantly higher, Matt's team looked at the problem and fixed what needed fixing versus quoting us to fix half the roof. Matt also noticed some things about the siding on the house that needed to be replaced. He gave us a great price since they would already be onsite. 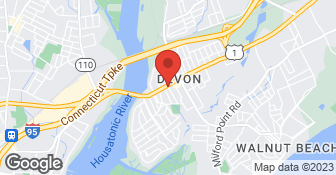 How is Berkeley Exteriors overall rated?

Berkeley Exteriors is currently rated 4.9 overall out of 5.

No, Berkeley Exteriors does not offer a senior discount.

Are warranties offered by Berkeley Exteriors?

What services does Berkeley Exteriors offer?