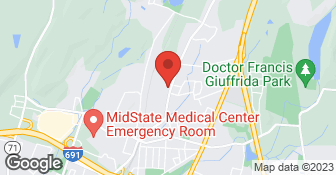 We have the experience and dedication to bring your dreams to reality! We guarantee your satisfaction, and we won’t leave until the job is done right. Call or click to schedule a free estimate today! Providing dumpster services to residential and commercial customers.  …

At Lytle Carting we offer a variety of dumpsters, these dumpster sizes include 8, 10, 12, 15 and 20 yard dumpsters. We guarantee your satisfaction and we won’t leave until the job is done right. We pride ourselves on the quality work we provide, while delivering great customer service! Check out our services offered and call or click to schedule an estimate today!  …

We take great pride in our extreme professionalism, timeliness and superior customer service on every job. We develop lasting relationship so that the next time service is needed there is no question on who to call. Satisfaction is guaranteed! Call me today, The Owner, on my Mobil Phone anytime at 1-203-736-6825. We Specialize in: - Whole House & Estate Clean- Outs - Large & Small Jobs ( From One Item To Many ) - Commercial Clean- outs - Shed Removals - Demolition & Carpet Removal - Pool & Hot Tub Removal - Construction Debris Removal - Playscape Removal - One Time- Heavy Duty Cleaning - Soot Damage & Puff Back Clean- Ups Free Estimates  …

They were a bit pricey but they did a good job.

Description of Work
They hauled away some stuff.

smoothly....however it is very expensive.

The service was excellent. Scheduling was easy. Price is based on amount of space needed in their truck. They come out and look at what needs to be removed and give you a price. No obligation and no charge if you decide you do not want the service. The gentlemen were able to remove bulky furniture from the back of my basement.

Description of Work
Old furniture and junk removed from the basement of my home.

Several days before pickup, received phone call by lead hauler confirming day/time. Hours before pickup received another call confirming definite time. Tim & Lucas showed up ready to work. They first checked my list of items for removal & worked quickly. Before leaving they had me verify everything was completed. Lucas even partially swept the basement. These nice young men are a credit to their e...

Description of Work
So easy & efficient to complete a work order on their Web site. You select your choice of day & time followed by a list of junk to be removed. Within a short time confirmation is sent to your email. Very impressive beginning.

They are two people and they did it in just one trip. It was lot more expensive than we thought it was going to be. I would probably use them again.

I contacted 1-800-GOT-JUNK by email on 6/9/14, approx 1:00PM. I selected an appointment later that same afternoon. The appointment was confirmed and 2 technicians showed up at the agreed time, quoted the cost, and loaded their truck. The total time at my house was around 15 minutes. They were neat and consciences. Yes, I will use again and recommend their services.

Asked to remove two large heavy metal units. Only able to remove one, the other they said was too heavy and beyond their capability - it weighs over 500 pounds.

They were very efficient, however, there was one piece that I requested that they definitely take, but they didn't.

Description of Work
I hired 1-800-GOT-JUNK? to clean out my basement.

This was a poor experience from the start. We were given a time window of 10:30am - 12:30pm on Monday 4/16 based on our online booking. When 12:45pm came around with still no sign of the crew or any word from them, I called the 1-800 number and was told they would be there within 15 minutes. Another 30 minutes and the crew (consisting of 2 guys and a surprisingly smallish truck) showed up. After a quick walk-through, they estimated a max of 3 truck loads, and quoted us a price. We agreed and they began work. It only took them about 45 minutes to load up their truck, and at about 2pm they informed us that after dumping the first load, they were being sent off to do another "small" job in Agawam before finishing up ours, and wouldn't be back until 4pm.. Ugh. Unfortunately we got another call about 3:45pm saying the job in Agawam was bigger than expected, and they wouldn't be returning until the next day. From there the problems continued, they were initially supposed to arrive at 11am on Tuesday, that was bumped multiple times until they eventually showed up at 3pm. I called the 1-800 number several times to complain during this time, and was consistently told "oh they will be there soon" and was re-assured they would stay to actually finish the job that time. No such luck. Once again after 1 truck load, and with the house still not emptied, the crew told us they were being sent to another "small" job, and would not be back again until Wednesday for the final load, they again missed their initial time estimate, not showing up until later in the day. In short, what should have a simple job of a few hours stretched into 3 full days of waiting around, calling, arguing with the dispatcher, and general frustration. I don't blame the workers themselves, they busted their butts and were quick and efficient when they were actually there, but whomever is in charge of booking their time and sending them to job sites was downright awful. I would definitely recommend against using this company if you have anything over a single dumpster worth of junk, and even then, be prepared to wait (and wait, and wait) for them to actually show up.

Description of Work
We booked 1-800-GOT-JUNK to do a clean-out of the remaining junk items in a house in Amherst, MA after moving out what we wanted to keep. The house is getting some renovation work done before being put on the market, so it needed to be fully emptied. Contents included a few large/old furniture items, various household items, etc. Total amounting to about 2.5 of their "truck loads". This was just a straight forward job of taking everything from inside the house and loading it into a dumpster.

The crew and representative called exactly when promised. They arrived on time. They did not object to the small amount. They were pleasant, and professional.

Description of Work
A small amount of junk was hauled away. The crew of two were very professional and punctual. They did not object to the small amount. It was good to see them clean up when they finished.