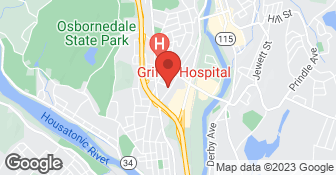 Alfred W. Ivan Painting and Power Washing is a full-service interior and exterior painting contractor. We are thorough, professional and committed to providing beautiful results. We aspire to restore your home or commercial property to its former glory. Our painters are highly skilled and proficient in handling multiple assignments. Also, we go above and beyond by helping you choose the perfect color scheme and textures. We also use the best brands and strive to complete every project with meticulous accuracy. You can trust us for worry-free, quality service. In addition, we are licensed and insured. Please contact us today for more information. You’ll be glad you hired us. DBA: Ivan, Fred....

In both 2014 and 2013, the Owner was extremely flexible in working around my schedule and he and his foreman frequently were present during the day to oversee and make sure workers had materials, were doing work as agreed upon, etc. Company's motto - is we do quality work and if there is a problem, we will do it until it is right - and they did! The plaster walls did not absorb the paint like wallboard does, and consequently they gave some rooms 4-5 coats until there was uniform coverage - at no extra cost. Any issues I raised were handled by the management without objections, promptly and courteously. The estimate prices were fair and there were no surprise additional charges, etc. tacked on. Workers were courteous, pleasant, helpful, neat and cleaned up after themselves. They arrived on agreed upon days and worked from 7 or 7:30 AM until 5:30-6:00 PM. Automatically they taped and covered with plastic, the kitchen cabinets, panelling, etc. They readily and carefully moved furniture as needed. They removed most of the few paint spots they made and also cleaned up some of the old paint on the woodwork that had been left behind by the previous painters years ago. While they do not wash walls (we did that ourselves prior to painting), they did sand the walls. They did a good job patching holes, etc. and if an occasional spot was not to my liking, they readily redid it without any objection. As it turned out, this was not an easy job for the painters. I was very pleased overall and would readily hire this company again.

Description of Work
referred by Service magic for deck steamcleaning ,resealing etc. work was done promptly and professionally-repaired and stained deck that had been damaged in ice storms

I was introduced to Alfred through ServiceMagic; he was the first to call back, the first to come to give a quote, and I must say he was the most professional of all of those who did call back. He gave an extremely reasonable quote, and he began by saying, "I'm not done until you're completely satisfied". We've all heard that before, right? Well, Alfred meant it. We were moving into a foreclosure and the place was a mess. The paint on the walls was chipped and cracking, the floor, window, and door moulding were gutted and covered with nails and staples (don't even know why). We were considering replacing all the trim but Alfred said, "nah, I'll have my guys patch it.. it'll look good as new, and you'll save a lot" I have to tell you Alfred's team worked on those mouldings about 5 times, patching, sanding, painting-- until we were completely satisfied. When Alfred says he's not happy until you're happy-- he means it. The previous owner had also decided to do a lot of his own "home improvement". Well, as with many do-it-yourself-jobbers this wasn't really an improvement.. It was more like "home deprovement". They had laid tile over the hallway floor that was crooked and uneven; all the doors had been badly cut so not only did they not fit they had chips at all the edges. We got several quotes for the doors, but Alfred said, "since we're here, let me get my own guy to do it because otherwise it'll slow us down waiting for the other contractors." Alfred got a very seasoned carpentry pro to come in and replace all our doors at a lower cost than any quote we had gotten. He also had his crew peel of the tiles and (surprise) an extra layer of linoleum covering the floor. Since he knew we were planning to remodel the kitchen and bathroom he also helped us demo our existing kitchen and bathroom. The entire operation was flawless. The paint made the house look like new. And he was immaculate and attentive to every little detail of the job. Now, let me be clear-- I am a very critical person and there were some minor flaws in the carpentry-- during the summer it turns out the doors expanded and got a little sticky, and the trim, well, new is new and not new is not new. Everything looks great, though, and ultimately Alfred probably saved us about $400-$500 on the trim.. so in the end, he was definitely in the right. I would use Alfred again for any painting job. They were fast, professional, and attentive to our needs. Just make sure you communicate clearly and well; he definitely knows his stuff. And if you're unhappy, even about a little thing, make sure you voice it-- don't be shy. Alfred stands by his claim that he's not happy until you are. And as it was the middle of winter when I called him, he mentioned that he'd be back to paint our exterior door too during warmer weather. It has my pleasure to have hired him. And this way, my two little girls don't have to discover what paint chips taste like.

Description of Work
Alfred and his crew painted 3 of our bedrooms, our living room, and our main hallway; he painted all the doors in the house and patched and painted the trim; he also had a carpenter come in and replace all 5 interior doors in our house. Finally, he helped tear down our bathroom and kitchen and tore out our hallway. He did a great job on everything.

He was very professional. Him and his crew were there at the time scheduled and they finished in one day. They were good about cleaning up when they finished. They were fantastic.

Precision Painting Plus is a well-established painting company serving the Westchester area. The Precision Difference upholds ourselves to the highest standards to deliver premium quality, honest pricing, and on-time project completion work for every customer. We only work with skilled, trained professionals that use premium paint for their project. We deliver honest pricing with no vague or hidden fees. With on-time scheduling and daily communication, we reassure customers a worry-free experience. You can count on us to deliver the best project experience for you.  …

REMC has been specializing in all types of remodeling work since 2009. We takes pride in each job and make sure our customers are completely satisfied. Call today for your free estimate.  …

**Please give me a call at 203-912-0442 for faster response.** Jarrett's Home Improvement is a reputable company founded in 2000 by Noel Jarrett of Stamford. He has over 20 years of experience in all skill sets relevant to the home improvement business. The principles of the company are guided by the ideals of honesty, integrity, excellent workmanship, and the highest level of customer satisfaction. Feel free to text me at 203-912-0442 as well! I look forward to speaking with you soon.  …

Insured
All statements concerning insurance, licenses, and bonds are informational only, and are self-reported. Since insurance, licenses and bonds can expire and can be cancelled, homeowners should always check such information for themselves.To find more licensing information for your state, visit our Find Licensing Requirements page.
All skilled traders and home improvement contractors operating in the State of Connecticut are required to be licensed or registered by the State Department of Consumer Protection. License or registration identification is required to be on all advertising, business cards, signage, and contracts. You can check to see if a contractor or tradesperson is licensed or registered by going to:https://www.elicense.ct.gov/
General Information
Free Estimates
No
Eco-Friendly Accreditations
No
Payment Options
American Express, Discover, MasterCard, Visa
Warranties
No