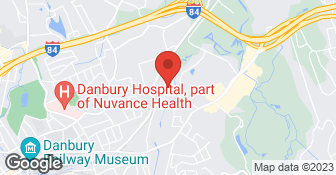 Serving Westchester, Putnam, Fairfield, Litchfield, Hartford and New Haven counties. Free estimates. Good Life Energy Savers offers homeowners a way to add superior insulation and save on energy costs, without taking on a major remodeling project. According to the US Dept of Energy, 80% of the homes built prior to 1980 have little or no insulation. We are whole house insulators offering a variety of products to insulate attics, walls, basements and crawl spaces. Our Company is designated as a BPI Gold Star Contractor and our installers are SPFA certified and are our own employees. Call us for all of your insulation needs. We bring comfort, savings, and energy efficiency to your home!...

the insulation they recommended saved me about 5000kw a year. the amount of money i am saving is far more the insulation payment on my Eversource bill. No money cost to me out of pocket and my electric bill dropped quite a bit. best move i ever did.

Very well, crew was very conscientious, and professional. Jaun and Greg did excellent job with great follow up. Tom S, was very good at setting expectations and explaining the process. Lindsey was very professional, good communicator, regarding appointments and intermediary between staff.

The crew was capable, knowledgeable and willing to take the time to get the job done right. This was a fairly large project and not only did they stayed within the estimated time frame, they finished ahead of schedule. The team was courteous and the foreman made sure everything goes according to plan. Highly recommend.

Description of Work
Sprayed Cellulose Insulation in the exterior walls on the First Floor and Second Floor of the Main House, the Garage and some Interior areas.

Great job and easy to do business with. Huge difference in heating and cooling

Everyone we dealt with was fantastic. The crew was very professional and efficient. They completed the job quickly and cleaned up thoroughly afterwards. We are very happy with the results and highly recommend this company.

Good Life Energy was GREAT! They were professional, so personable, quick, affordable and they did a great job in a very choppy attic with rooms and uneven roofing. They also talked a talk that I was able to verify through online research which I can't say for many of the other companies we interviewed. Would absolutely recommend them again.

Prompt & through inspection and estimate. Service was preformed in a professional manner

Upfront, all was good. The salesperson arrived on time, was very nice and gave us an immediate quote. We were impressed that they called to confirm that they were coming. The workers finished the job in 3 days instead of 2. They had a problem with the machine on day one which was finally rectified on day 3 (apparently they tried to work around the problem on day 2). The bad news: when we went to put our stuff back into their proper places in the garage, we had a VERY unexpected surprise. Behind every nook and cranny, on the walls, in boxes and virtually throughout the garage we found the remnants of the cellulose that was sprayed as well as the fragments of ceiling and wall plaster. We found the cellulose in the webbing of the lawn chairs, on the umbrellas, behind the shelving, on the shelving, and in boxes that we thought were covered. They left painter's tape on the walls, some of which is too high for us to remove. When they initially came, we were told that they would drill the holes in the wall through the middle of the wall. So we cleaned off these shelves. We covered these things with a tarp away from the wall. When the workmen arrived, we asked them if they needed us to move anything else and they said no, they would take care of everything. Much to our surprise, they actually drilled holes towards the top of the wall and obviously did not cover anything. We trusted the workers, who told us they cleaned up after themselves, to have actually done what they claimed. To add insult to injury, one of the workers obviously enjoyed a cup of take out coffee as evidenced by their cup and the drip stain on the wall where the cup overturned. It took us close to five hours to clean up this mess and we really didn't appreciate that when the guys were leaving, they told us they cleaned up. When we looked, on the surface it did look like they had left the garage clean of the cellulose and plaster chips. What we did notice was that the driveway right outside the garage had remnants of cellulose on it but we thought the rain would take care of this. It took us another hour to clean this up. The guys were in a rush to get out since it was about 5 o'clock when they left. But before they left, I was handed a piece of paper to sign to confirm that they had cleaned up. If I had known then what I know now I would never have signed it. I would suggest that any one signing on with the company check very carefully at the end to make sure it is absolutely clean. The company did write back to me to say they were sorry and to offer further cleaning help but by that time it was too late....we had already done the bulk of the work ourselves..

We apologize for the service you received from our team. It is our goal to provide our customers with quality service from the estimate process through the job completion. We strive to complete the upgrades properly and leave the homes as clean as they were when we arrived. Our teams have been made aware of your disappointment with the clean-up, and we as a company do not accept the level of quality that you received. We only wish you contacted us right away with your concerns so that we could have immediately tried to rectify the situation rather than you clean yourself. We are very sorry and apologize for any inconveniences this may have caused.
5.0

They were professional and efficient. Great price. Extremely friendly and caring.

We had a very negative experience. We hired them to blow in insulation by temporarily removing portions of our vinyl siding. A few months later we had our siding stripped and learned that they didn't insulate 4 of our walls. We never would have known unless we stripped the siding. Very disappointed.

We are sorry that you had a negative experience. As owners of the company, we value our customers and strive to earn their trust by consistently delivering quality installations. Over our 9 year history insulating thousands of homes, we are normally known for our attention to detail, but admit and regret that in your case our installation crew did not meet your or our expectations. In addition to our staff coming back to your home to correct the installation, we have made significant personnel and procedural changes since then to ensure that additional quality controls are in place to keep this from happening in the future. We again apologize for any inconvenience.

Spray foam, blown in and dense packed fiberglass, & cellulose insulation. We participate in the Energize CT program as a Home Performance with Energy Star contractor.