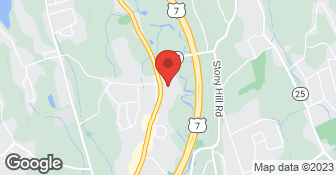 Since 1997, American Dry Basement Systems is waterproofing basements, encapsulating crawl spaces, installing sump pumps and battery backup systems and repairing foundation cracks in basements throughout Connecticut & Southeastern New York. Our mission is a simple one. We ensure that every customer that installs our basement waterproofing system will be water-free for life. Our system is backed by the best lifetime warranty in the industry. Our warranty is also transferable. You can trust us to give you the most thorough free inspection, and a competitive quote....

Housatonic Valley Well Pump Services is committed to providing safe and effective well water for our community. We separate ourselves from the competition with our: Experience-with over 20 years in the industry, we know a thing or two about quality well pump services. Customer service-your trust is our priority. We will never oversell you for things you don't need. Certifications-our owner, Ralph Espinal, is licensed in the states of Connecticut and New York. He also has full J1 licensing in the state of Connecticut. Emergency availability-you can't afford to wait when your system stops working. We're available 24/7 for emergency repairs and testing. We perform a full system check after every service we complete. Ask us about our discounts for military and senior citizens.  …

With over 20 years of construction experience, we are here to address all your masonry and concrete needs.  …

I consider it as my civic responsibility to warn public about this company. We had drainage system and sump pump installed by this company in March of 2020 and I paid close to $7,000 for it. Within a month of installation we has a day of rain and there was water in the basement. The water did not drain into the sump pump, instead came up through the floor and sump pump never kicked in. Clearly the...

They were very thorough and cleaned up after themselves.

Description of Work
We had an area in our basement that needed to be water proofed.

Bottom line, no more water in the basement. Effective given some significant storms. The salesman had not provided all the info to the workers who had a hard time within a particular space but they worked incredibly hard and got it done. There had been a difference in understanding about whether it was I or they who were to replace an extensive workbench attached to the wall. I spoke with the sale...

Description of Work
Trench built around the perimeter of the basement and sump pump installed.

It took them about an hour. Their pricing seemed to be right for the job.

Description of Work
They did work for us about 5 years ago. They installed a basement sump pump.

I used this company about 10 years earlier at another home I had in Boston. They came with a crew and they were able to complete the job in one day. They cleaned up very well and did a nice job. They did come back to check to see that everything was done correctly. I have not had any issues since they have been out and the basement has been dry.

Description of Work
I could see there were leaks through the cracks. I just moved into the home and they installed a French drain system. They installed sump pumps too.

The company never responded to my request for an estimate via Angie's list email. If they don't intend to utilize the email function on Angie's list it shouldn't be an option. It has been 6 weeks since my inquiry.

They had a different system about doing the work that was a lot more modern and that made a lot more sense. They put two sump pumps in the ground instead of just one to do both sides of the basement.

Description of Work
We used American Dry Basement in the end of last year for basement waterproofing.

American Dry Basement (ADB) was contracted to seal our entire dirt cellar with their spray concrete product. Our hopes were that it would reduce the moisture under our house, keep out the winter wind and burrowing rodents, and finally provide us a place we could store seasonal furniture, etc. The price they quoted us was quite high, but we thought the potential benefits were worth the investment. Upon arriving home from work after the first day of this project, we found that the ADB crew had hit our water heater, severing the main pipe that supplies it water. Water had sprayed all over, before the hot water was shutoff. No one from ADB contacted us about this problem. When we called them, the first response we got was that "there was no reported problem with out job." Several calls and emailed photographs later, they admitted there was indeed an "unreported" problem. They had also, without my consent, removed two sets of short steps that provided our only access to the cellar. They were both ripped from the wall, and left outside. I informed them that I was never informed that this was going to happen, and wouldn't have given permission if I had known. They said that the salesperson should have mentioned it, and that it was regular practice. The dehumidifier that was part of my contract was placed precariously atop a concrete block and resting against my water heater. In this location, it was not only in the way, but a potential hazard should it tip over. I took time off from work the next day to speak with their main office, meet with the crew, and address these problems. While our initial calls to ADB the night of the discovery were answered, we had to wait until the next morning to speak with someone who could address our problems. They were very professional and interested in fixing the issues. The crew chief (when he arrived) was also polite and apologetic. By the end of that day, the work was done and the cellar did look great. However, when we demanded compensation for: a plumber to fix the water heater, time off from work to oversee the project, and rebuilding the stairs, they gave us a little less than a 5% percent reduction in price. Though the project had caused great stress, and cost addition money for repairs, we just wanted it to be over. Also, we were happy with the final transformation of our basement. We just wish that ADB had been more forthcoming and honest with us, from the initial description of work to be done, to the reporting of issues. I think they do provide a good product, but would recommend anyone using them to get a very clear description of what is to be removed and what work they will do. Being present during the process to give additional oversight might not be a bad idea, either.

The company over promised and under performed. Certain "guarantees" and services promised turned out to be less than accurate

There were so many options before a $6,000 digging up of our basement (ie., sloping the land at a 10 degree angle, installing new gutters). If the provider had listed their services, told us to get the preventive first and if that didn't work to call them, then we would have trusted them. But they listed their most expensive services first and that established a distrust from the outset.

Basement Waterproofing, Crawl Space Encapsulation, Sump Pump Installation & Foundation Crack Repair. Why are we different? Eco-friendly dust suppression, our responsible crew will fix the problem efficiently with very little disruption and finish the job with zero post-repair mess. Our branded SuperCrete is the latest in superior foundation repair technology; combined with our sound engineering practices and foundation-friendly concepts, it makes your concrete foundation stronger and waterproof.