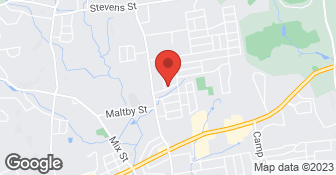 Crown Electric LLC is a full service electrical and general contractor. We are fully licensed and insured.

Everything went very well. The new box looks very neat and easy to read! Jim went through the entire house making a map so should we have a power outage we can easily select what appliances etc we want the generater to run. I've had Crowne do work in my home since 2010. Very happy with their service.

Description of Work
We had a very old electrical box re-wired and a hook up added for a generate plus changed the house alarm to go over Ooma.

Crown did not impede the remodeling. However; substandard materials were used, sloppy and non-professional workmanship was readily apparent. Following our remodel a subsequent electrician was called in. They had to redo some of the work because of faulty materials at an additional cost of $600. We had additional electrical work performed by this subsequent new electrician. They and the town inspectors found things that Crown missed or just did not do which should have been done. Another $5000 cost!!!

Description of Work
I had my home remodeled. The general contractor used this firm. This review is no reflection on the contractor, they were great. However, Crown's work and service, is substandard.

I did work for [Member Name Removed] He and his wife are very nice people. We had an issue with CREE led bulbs that were installed. Some bulbs would occasionally blink or go on and off. I made 3 trips and replaced the bulbs that were causing problems with new bulbs. CREE was experiencing problems with some, new bulbs. After my 3rd time out, a couple of original bulbs caused problems. [Member Name Removed] sent me an email, and wanted all new bulbs from a different manufacture installed. I had no problem with that, but I would have to charge the difference in cost for the new bulbs. I would not charge for labor. [Member Name Removed] never got back to me. Instead he went to the general contractors place of business and complained about my service. The contractor called me said he would take the lead to resolve this with me and the owner. I never heard anything else until the contractor told me that Newington Ele ctric came out, and charged the [Member Name Removed]'s a fortune to install new bulbs and that they installed a standby generator while they were there. As far as my work is concerned. I had permits on all my work and everything was done to and or above code. All my work was inspected and approved. The only thing that I can figure, is that the electrical contractor used his negative review of my work, to get work for himself. As far as Angie's list is concerned, They aren't a reliable website for hiring a contractor. Their site is just a sounding board for angry or malicious people. Angie's list doesn't contact the parties involved to get to the truth. I have even gotten reviews from Angie's list from clients I have never done work for. How honest is that! I have a A+ rating with the Better Business Bureau (BBB). The BBB takes time to find out the truth from the customer and contractor by contacting them personally. They are committed to resolving issues. Their website promotes integrity, workmanship and reliability.
2.0

Jim, the owner, was supposed to give me a written estimate, which I never got. I was initially told by the general contractor that the electric bill would be "in the range of $500 to $600. I told them exactly what type of timer switch I wanted in the bathroom and even gave them pictures and details of the parts at Home Depot. They ignored what I asked for and put in what they had. Their story was "our wholesale supplier did not have the other switch". It was on the shelf at Home Depot. When I insisted on the switch that I asked for he got hostile. Jim left a nasty message on my voice mail saying that it was the general contractor's miscommunication and that I needed to "get a grip, fella". As of today, the project has been completed for almost a month and I can not get Jim to come in and replace the switch. He arranged to come in last Saturday and never showed. Sent me a text on Monday at 1:30 PM saying that he could be in my home at 2:30 PM, but I had to respond by 2 PM. I was at work and did not get the text until 4. Now I can't reach him. I have paid Crown Electric in full and can't get Jim to come in to finish the job. Rudeness is never acceptable, and a $500 to $600 job should not end up being $1,118.50.

THEY ARE BETTER THAN OTHER COMPANIES. THEY SEEM TO BE VERY KNOWLEDGEABLE ABOUT ALL ELECTRICAL WORK. I AM VERY CONFIDENT EVERY TIME I HIRE THEM. THEIR PRICES ARE ALWAYS REASONABLE. I AM VERY PLEASED.

Description of Work
THEY UPGRADED OUR WHOLE CIRCUITRY IN OUR HOUSE. THEY ALSO REDID OUR ELECTRICAL WIRING IN OUR BASEMENT.

From extensive renovations, home additions, detached garages, and a new home to simple repair jobs and everything in between, American Home Building & Refinishing LLC is dedicated to providing customers in Bristol, CT with the highest standard of quality in workmanship and service.  …

AA Electric is operating out of bantam CT providing service to Litchfield county. No job too small! We offer the following services but are not limited too troubleshooting, switch/outlet repair and installation, tv mounting, smart home solutions, remodels, new construction, CCTV, portable generator receptacles and so much more!  …

Insured
All statements concerning insurance, licenses, and bonds are informational only, and are self-reported. Since insurance, licenses and bonds can expire and can be cancelled, homeowners should always check such information for themselves.To find more licensing information for your state, visit our Find Licensing Requirements page.
All skilled traders and home improvement contractors operating in the State of Connecticut are required to be licensed or registered by the State Department of Consumer Protection. License or registration identification is required to be on all advertising, business cards, signage, and contracts. You can check to see if a contractor or tradesperson is licensed or registered by going to:https://www.elicense.ct.gov/
General Information
Free Estimates
Yes
Eco-Friendly Accreditations
No
Payment Options
Check
Senior Discount
NO
Warranties
No

How is CROWN ELECTRIC overall rated?

CROWN ELECTRIC is currently rated 3.8 overall out of 5.

What days are CROWN ELECTRIC open?

No, CROWN ELECTRIC does not offer eco-friendly accreditations.

No, CROWN ELECTRIC does not offer a senior discount.

Are warranties offered by CROWN ELECTRIC?

No, CROWN ELECTRIC does not offer warranties.

What services does CROWN ELECTRIC offer?