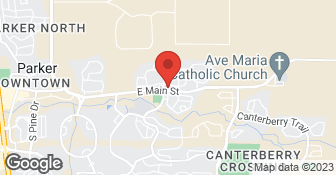 Welcome! Kellar Associates is an innovator in residential construction we are changing how business gets done. As a General Contractor we are the organizer and leader of a great team. Successful projects are measured on a macro level and a micro level with pre-planning and managing details to ensure a clear path. Our commitment to give our customers a good experience is our most valuable asset. Each house gets our special brand of two guarantees 1( We commit to treat your house the way we would treat our own home giving the same pride of craftsmanship 2( We will do our best work every time. Yes! You will find it written into our contract. In every project there are only three essential elements schedule, cost, and quality. Typically the owner has determined what priority these elements are to be considered by competing General contractors when bidding a project usually with quality as the unintended third consideration. Kellar Associates has changed the way residential construction gets done. We have formed relationships with subcontractors that share our beliefs of doing our best work every time and living inside of budgets. It is ok to not look at the individual profitability of a project when you know that it varies, but because the subs work together on all of our projects everything balances throughout the year. By working with these type of personnel it is easy to say that the price doesn’t matter if the quality isn’t there and that is how we start all of our relationships. We don’t believe in change orders unless the owner requested a change. Sometimes it is unavoidable to change your mind as your dreamy project gets closer to being a reality. We take a great interest in our customers to protect you from unforeseen circumstances when possible and to give information of unintended consequences when making your owners typical decisions such as finishes or changes....

We strive to deliver high-quality, cost-effective projects on schedule by employing and supporting motivated, flexible, and focused teams. We value the importance of our relationships and will continue to remain fair and true in our dealings with all employees, clients, vendors, and partners. Our clients count on our dependability, our drive, and our integrity. We take great pride in our accomplishments and build on them every day. Our current areas of expertise include Commercial and Residential exterior remodels, commercial interiors, and commercial concrete. Roofs, windows, siding, painting and decks are all regular projects for us. We look forward to helping you. If you have been hit by a hail or wind storm causing extensive damage, we a recognized insurance repair company and can help you navigate the claims process.  …

R4 Roofing and Exteriors is your locally owned, Colorado roofing and exterior restoration company with an extensive history of helping home-owners fix and protect their homes. If your home has been damaged, or you are looking to renovate your home's exterior, R4 is the company with the experience and ability to handle your project, no matter what your needs are. We take pride in being one of the top-rated residential roofing companies in Colorado and a preferred contractor for Owens Corning. Give us a call today for a free inspection or to learn more about our services. When you call R4 Roofing and Exteriors, you can be sure that your home is in good hands, just take a look at our reviews. We are licensed and insured to serve Colorado and Denver Metro area homes. No matter what roofing system your home has, our team of trained experts will provide you with the highest level of service and best roofing material to ensure your home's safety from start to finish.  …

Mark Lundquist started Design Skylights in 1989 after working in the home building industry and other day-lighting companies. His inspiration to be involved in the renewable energy field came during the first solar revolution. Some services offered are custom skylight designs, venting skylights, design and building sun-rooms and greenhouses, solar hot water systems and more. Please call to schedule.  …

Kris Kellar / Kellar and Associates, LLC ReviewAlso known as: [*** Link removed ***] signed a contract with Kris Kellar of Kellar and Associates LLC for a significant remodel on our house on May 12, 2014. According to the contract, the work was supposed to take 4-6 weeks and we had agreed on June 13 as a start date. Kris’s crews did start the work on June 13. Six weeks after the job began on July ...

I purchased a big deal coupon for this company. As far as I can recall it seemed to have gone well. I don't recall of having any issues. They did their job quite satisfactorily. They identified a number of times a problem, we were very busy so we were constantly out of town so they were trying to get a hold of us and we weren't able to talk to them, but we eventually got the final report and that ...

It was an Angie's List Big Deal that I purchased. I was really happy but then I had other people who were putting in a swamp cooler that were on my roof and they said I need a new roof right maybe in another year but he told me the roof is in good shape. It was like, who would you believe? I was happy at that time. The price was fine. He was very professional.

Description of Work
Kellar & Associates LLC came out and did a roof maintenance inspection.

The work was completed and the company tech did a good job. They were very late arriving and I received no written report.

Roof went well overall...the did not do a great job on the deck painting as they missed many spots

It went just fine. They came out, looked at the roof and gave me their opinion on it. I had some difficulty with getting an estimate for a new roof. They would not answer the questions but kept asking if I was paying for it or who my insurance company was. I found it frustrating that they would not give me an estimate without telling them if my insurance company or I would be paying for the roof. ...

Description of Work
I purchased a deal for a roof maintenance and an inspection.

He was very responsive initially, by bailing out and offering to give us our money back because the roof of our residence is a special stone-coated steel roof. We had to explain to him that we needed the work on a rental property house roof, not our primary residence. Once we told him that, he finally kept the money, and made arrangements to go fix the rental roof. The rental roof was not fixed.

Description of Work
Roof was to be inspected and repaired. We informed him that the roof leaked around a vent. He said he saw the problem and fixed it. The problem is not fixed. Roof vent still leaks.

fine, except I really needed a written report to submit to insurance. Thought I would get one but didn't. So, this was not all that helpful, although the guy was very nice, responsive, on time. Still need to get the roof inspected for insurance and probably replaced.

My husband are looking into purchasing a home which needs some work. After calling everyone on Angie's List for a quote on mud jacking a driveway, Kris was the first responder and contacted me back within an hour. Not only was he able to give me a ball park figure, but educated me about what would be a serious concern on the maintenance of my home vs. esthetic. He took the time to explain what hap...

Description of Work
After calling everyone on Angie's List for a quote on mud jacking a driveway, Kris was the first responder and contacted me back within an hour. Not only was he able to give me a ball park figure, but educated me about what would be a serious concern on the maintenance of my home vs. esthetic.

Chris Kellar was easy to work with. He was very thorough in his approach to the project. He worked with our insurance company to get an appropriate settlement. Two years later, we are still very happy with his work. Our house looks great!

Full service General Contractor, We are a turnkey restoration specialist. We offer a single contract for all of your needs instead of managing multiple subcontractors.