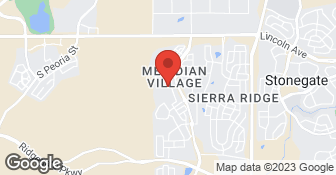 WE DO NOT DO REPAIRS - 3 WINDOW MINIMUM. 1st Choice Windows & Siding has been installing high-quality siding and window replacements since 1995. We are dedicated to providing quality service and products that fit your needs and budget. 1st Choice Windows and Siding is Denver’s go-to shop for all of your exterior house needs. When it comes to renovating your home, choose wisely. Our experts will show you what makes us different and why our customers appreciate our way of doing business. Get the job done right the first time with 1st Choice Windows & Siding

They were not able to help but able to get good help finding leads. Very kind and helpful

No response three weeks after request for quote

Poorly! terrible communication (if any). Very delayed install date. 6 weeks quoted, 15 weeks actual. When they came to install they didn’t have the siding or glass to complete the job right. Tried to cut corners to avoid installing new siding. Zero communication after 5 days of waiting to hear how/when they will complete the project.

[Member Name Removed], We realize that your project took longer than expected and for that we sincerely apologize. Unfortunately when a product is manufactured and defective we need to reorder and cannot control these delays. I am not sure why you would think we are not wanting to honor every aspect of our contract as we have every intention of making sure your project is completed to your satisfaction. We had an appointment to meet you last Thursday and your partner called us to cancel, stating that you were going out of town. As all of our contact has been with [Member Name Removed] we were surprised to read in this review that we had not been in contact with you. Maybe this cancellation was last minute and she didn't let you know? Either way we look forward to clearing up all of this and completing your project as agreed upon. We will reschedule coming out to your house when both of you are available to ensure there is no further miscommunication between you and [Member Name Removed] or either of you and us. Please contact Helen as soon as possible to set up a time.
5.0

Thanks so much [Member Name Removed] for your kind words and your business! We appreciate you!
5.0

It was an easy experience with competitive pricing and really good customer service.

Description of Work
They replaced a piece of glass.

[Member Name Removed], Thank you for taking the time to review our company and share your experience! We appreciate your business!
5.0

They are there when they say they will be. The work was done and you can't even tell that the window was replaced.

Description of Work
They came in and replaced a window that was leaking.

Thank you for taking the time to review 1st Choice Windows and Siding! We are thrilled to know how happy you are with your new windows!
5.0

It went great considering their was a huge hail storm right when we started the job causing some delays in material availability. But Dave made it up to me big time by fixing my unsightly front posts to my home covering them with a much nicer architecturally squared posts and installed a really nice door I purchased from The Home Depot. It really improved the look of my home, thanks Dave!

Description of Work
Siding and a door install.

4/14/17 - First contact was with co-owner, Chris Noblitt. He was very friendly and knowledgeable of the window industry, and listened to our needs & questions. The price was a bit higher than we expected, but signed a contract to begin the process. The next week, Rick called & scheduled 4/24/17 - 7:30AM for measuring windows before manufacture. But, at 8:30, after my phone calls, Rick called, apologized, & re-scheduled for next day. (That worked out OK). 3 weeks later, I called the office for update, was told our windows were in, and late that same afternoon, Rick called & scheduled the installation 8AM, on 5/18/17 (in just 2 days). Prior to that day, we prepped all areas, covered the carpets removed window blinds & brackets, etc. At 8:30, no-one had come or called, so I called Rick, who told me "the weather didn't look good, still checking reports. -didn't know it was going to rain this much." Our TV weather forecast predicted rain on Wed. & Thurs., & possible snow on Friday. PLUS, the man who measured SAID they could all be installed from the inside! I understand that what they actually performed shouldn't / can't be done in wet weather, but, the 'lack of communication is not OK! 'Bottom line: "we were re-scheduled for 5/24/17 -NLT noon. At 12:30PM they arrived: 3 workers spent 4 hours on installation, The windows are high quality & look very nice. My wife & I are very pleased with that. We found a 1" tear in one window screen, which Chris said would be easily replaced. They'll just make a new one, and send it to us. Takes a couple of weeks. --One month later, after a couple of calls to the office, Chris called, said 'the screen came in', and he brought it out to our house the next day, 6/29/2017. We would hire them again: but, only because of Chris Noblitt, and the high quality windows that we finally got installed!

Description of Work
Several 25 yr. old 'double-pane' windows lost their seal & moisture clouded the once-clear panes. We replaced 3 of the 4 windows, & re-structured the large picture window in the loft with 2 'double-hung' & 1 smaller 'picture' window (now possible to clean from inside). We now have 6 windows, & all are an improvement from the older styles & quality.

Tom and Chris were extremely helpful in not only educating us on window options and technologies, but also addressed our kitchen redesign plans recommending a patio slider solution which helped us expand our kitchen area. This increased our kitchen redesign options. Tom brought us required new siding in advance of the window installation to help us get it match painted before installation, and this allowed us to not be require an exterior paint job after the siding was installed on the 3rd floor of our home. When the window order was delayed from our original planned installation time frame, Tom added a free window to the installation, and kept us apprised of the situation at all times. The extra window was a pleasant surprise even though the delay was beyond the control of 1st Choice, and we in now way requested Tom make any concessions to us. When the installation date came, the installation staff was extremely professional and cordial. The installation team even went ahead and replaced siding pieces that were discovered to be damaged and outside of the scope of the installation job without requiring us to book a separate installation job. We are extremely happy with our new windows which are beautiful, and the workmanship provided by the installation team. and we look forward to the energy efficiency gains they'll provide beyond the aesthetic appeal. This company operates with the highest level of integrity and customer focus. I would recommend them to anyone seeking a window upgrade or new installation.

Description of Work
Replace of 14 windows original to 1995 home. Replacement of a patio slider including relocation of the slider position. Replacement siding for damaged warped sections on back of home in additional to siding required with a re-sized bathroom window.

1st Choice Windows and Sidings did an exceptional job for a reasonable price. They finished the job before the expected date and my wife and I are very satisfied.

Description of Work
We replaced all of the windows on our home.

Very satisfied. Last minute need for window repair v replacement prior to cold front hitting town. Tom with 1st Choice was available and responsive to come help and arrived exactly when he said he would. He was very friendly, professional, and obviously knowledgable. Although it was determined my window would ultimately need to be replaced to be fully functional he was able to perform a temporary fix that will get me through the season without issues and did so without a charge. He took some time to explain different options for future work which was very helpful. All in all I was extremely pleased with his level of service and professionalism and wouldn't hesitate to hire him for a large job in the future.

The installation went extremely well. The workers were very knowledgeable and professional. Love my new windows.

Description of Work
Installation of windows in basement and dining area.

Thanks [Member Name Removed], it was a pleasure working with you. Tom Haines 1st choice windows and siding

Colorado Family Owned & Operated Gutter Company since 2005. Seamless Gutter Installations, specializing in 5 and 6 inch custom made at your home for your home, 2 options for Gutter Cover Installation, so that we can customize your gutter cover options to get you the best coverage for the best price, Gutter Repairs, Gutter Maintenance, Gutter Cleaning and Fascia and Soffit Repair or Replacement. Ready for Maintenance Free Fascia & Soffit? We can show you affordable options. Not sure if it is time to replace your gutters? Don't worry we can show you what it would cost to repair and what it would cost to replace, to help you decide which option is best for you now. We also offer monthly specials on the promotions page of our website and encourage all to check them out. We look forward to working with you on your project and hope we become who you turn to for all your gutter needs.  …

EcoShield Exteriors of Denver, Colorado is a high-quality roofing, siding, and window installation company. We cover all-things on your home's exterior! Our focus is quality and communication. There is a base question that is stressed throughout the company, 'If this was YOUR home what would you want/do?' From our project managers to our insurance claims managers, our goal is to make sure whatever we've been tasked with is installed to your 100% satisfaction and we communicate effectively along the way. We offer a free no-contact evaluation. Call us today to get a quote!  …

Ideal Siding is a fast-growing siding company in Denver, CO that helps create your dream house and preserve the precious moments associated with your home. We help to cope with minor repairs, replace siding throughout the house or choose the right siding option for your new home. We offer a guarantee on our products and our services. Our team will guide you through the entire process and answer any of your questions based on our vast experience in the industry. The materials that we use are of the best quality, the Ideal Siding team consists of true professionals and we work with the most respected suppliers. All your worries are behind because by hiring us you can be sure of the quality and reliability of the work performed.  …

Replacement windows, doors and siding. We will also install gutters that are a part of a siding project.

We do not do repairs. Replacement only.

How is 1st Choice Windows and Siding overall rated?

1st Choice Windows and Siding is currently rated 4.4 overall out of 5.

What days are 1st Choice Windows and Siding open?

What payment options does 1st Choice Windows and Siding provide

Does 1st Choice Windows and Siding offer a senior discount?

Are warranties offered by 1st Choice Windows and Siding?

What services does 1st Choice Windows and Siding offer?

1st Choice Windows and Siding offers the following services: Replacement windows, doors and siding. We will also install gutters that are a part of a siding project.

Are there any services 1st Choice Windows and Siding does not offer?

We do not do repairs. Replacement only.