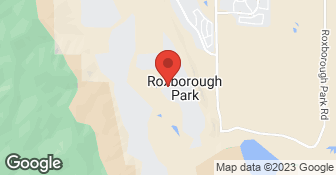 Bath Crest of Colorado is a first class guaranteed company; meeting all of your bathtub chips; cracks; dull rusty finishes colors of your choice with a 5 year warranty. Owner/operator has BBB credibility and will finish your bathtub to look and operate brand new....

Description of Work
Glenn was amazing! He's a one-man operation who comes and does the job himself. He worked clean and worked hard and in the end our bathtub looked BRAND NEW. He's polite and professional. I would use him again.

in 1997, when Bath Crest was just starting up, I had them resurface my bathtub. It has mostly had no problems since, except in the corners where I had been setting the shampoo and soaps directly on the surface, which you shouldn't do (live and learn), and has over time eroded the surface there. So now it's 2015, and I found Glenn at Bath Crest was still in business, and asked if they could do a patch on the eroded areas. Glenn was not sure over the phone, since if the chipping/wear was extensive he would instead recommend a new complete resurface. He stopped by to take a look within a fews days, felt it could indeed be patched, and scheduled to come out the next day and do the work. Glenn did a great job, and always seems to go above and beyond (he also recaulked all around the top). Bath Crest is definitely my go-to guys for tub work.

Glen was responsive, honest, punctual and skilled. It took two days for the two tubs and was well worth it. The no-slip bottoms are a great benefit, so you don't have to use a bathtub mat. My fresh white tubs made a huge difference in the appearance of my bathrooms!

We called and Bath Crest was out within two days to do the estimate. Everything went smoothly during the whole refinishing process.

Description of Work
Bath Crest refinished the bathtub in our hallway bathroom. The tub was rusting in one spot and our attempts to fix that didn't work. Bath Crest not only refinished the whole tub so it looked brand new, they fixed a problem with the tiles and the tub seal that had caused the problem in the first place. Great service, beautiful work. The tub looks brand new.

They were very prompt. I have recommended him to several other tenants in the complex. They made it look like a brand new bathtub. They even put a non-skid coating on the bottom. They were very nice to work with. I would use them in my own home.

Description of Work
They refinished a bathtub in a condo for me.

Found this guy through a friend who does a lot of bath remodeling projects. He gave me an estimate over the phone based on my description of the tub's condition, scheduled a time within the week, and came and completed the job within the day. He said stripping the old layer off took more time than he anticipated because of the unknown kind of primer, but he stuck to his estimate. Very friendly and professional.

Description of Work
Resurfaced a bathtub and made it look like new, including adding a subtle no-slip surface on the bottom. He had to strip a layer off which someone had previously applied by simply priming the tub then adding a coat around 8 years ago when we bought the house. The old layer was not lasting (chipping and scratching pretty bad). His technique involves etching the tub then applying a coat which should help it bond to the tub much better and last. I didn't know what color the tub was, but he was able to match the toilet next to it. Having known someone in this business pretty well years ago, I do know some about the technology and believe this method is the way to go. Costs a lot more than a kit from the local hardware store, but those kits are worthless in my opinion if you actually want to use the tub! The results don't last.

Refinishing Bathroom sinks/tubs in all Colorado within 150 miles of Denver and all the surrounding areas.

How is BATH CREST OF COLORADO overall rated?

BATH CREST OF COLORADO is currently rated 5 overall out of 5.

What days are BATH CREST OF COLORADO open?

BATH CREST OF COLORADO is open:

What payment options does BATH CREST OF COLORADO provide

No, BATH CREST OF COLORADO does not offer eco-friendly accreditations.

Does BATH CREST OF COLORADO offer a senior discount?

No, BATH CREST OF COLORADO does not offer a senior discount.

Are warranties offered by BATH CREST OF COLORADO?

No, BATH CREST OF COLORADO does not offer warranties.

What services does BATH CREST OF COLORADO offer?

BATH CREST OF COLORADO offers the following services: Refinishing Bathroom sinks/tubs in all Colorado within 150 miles of Denver and all the surrounding areas.