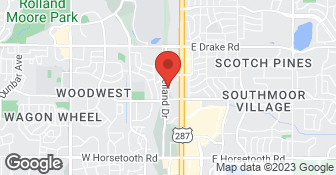 Good Guys Plumbing, Heating & Air is dedicated to providing the highest quality service to our customers at a price they can afford. We are fully licensed and insured for both Plumbing and HVAC work. Good Guys is setting a new standard for quality without exceeding our customers budgets. At Good Guys we believe in ourselves so much that we are more than happy to come visit your home and give you a price to do work with no trip charge. We shouldn't have to charge you for an opportunity to earn your business. Our customers are like family to us and we like to develop trusting relationships with the people we work for over the years. Because you have decided to pay to be a member of Angies list to ensure that you are getting a quality professional we would like to offer you a 5% discount for being a member. We offer the best warranty's in the business on our plumbing repairs and our heating and air conditioning equipment and we are priced very competitively but please don't take my word for it. Call today and set up an appointment with one of our highly trained Good Guys technicians to come and help you solve your plumbing, heating or air conditioning problem with no risk

Description of Work
They found my problem was something very easy to fix, and proceeded to handle it without any charge. I will definitely call them when there is a problem that needs expertise. (Another company had already looked at the same issue, and was telling me it would cost over $150.00 to repair. It is refreshing to find someone who won't gouge the customer. They make decisions based upon building and retaining customers for the long term.

Description of Work
Water heater installation went well and did not include the new roof vent that Allen Plumbing said I'd need. (I do not need it.) They also moved the main shutoff from the crawl space to the water heater closet. Bill did not stay to do the work as I thought he would, but the person he left to do it was fully capable.

I got overweight out of shape sweaty Talbott that literally told me he didn't have time to do it, I should look for someone else!! Needless to say I was perturbed, I called the shop back to see why matt the guy I talked to and was expecting didn't show. On his way to my house matt got sent to fix a major problem Talbott had in another house!!

Very prompt and found the problem right away. They also offered multiple solutions as well. They even wore little protection on their shoes so they wouldn't track up my floor.

Description of Work
Replaced a condenser pump for an air conditioner

The work is done on time, they are punctual and the pricing is very reasonable. The owner, Bill Fisher, is very courteous and is good about explaining issues if needed.

Description of Work
I have used Good Guys Plumbing, Heating & Air multiple times on my rental properties for plumbing issues.

Bill Fisher is very knowledgeable and courteous. He explained the situation clearly and his pricing was very reasonable. They completed the job quickly (1/2 day). I have used Good Guys before and would highly recommend them!

Description of Work
Replaced sewer drain for a duplex since the pipes were leaking to faulty solder in the joints.

went with another bid

Description of Work
bid only

They were terrific. They came just at the time they said they would be here. The repairperson was very knowledgeable and explained a lot of things about the system that we weren’t aware of. He gave us some ideas for future replacement of the hot water heater and that kind of thing. Our overall experience was excellent. In terms of price, I thought they were fine. I didn’t have any idea and couldn’t compare to anybody else. The quality of work seemed to be excellent; it’s only been six hours so don’t know. They were great in terms of responsiveness. I sure will use their services again in the future.

Description of Work
I used the services of Good Guys Plumbing, Heating & Air today. They replaced an extension tank, something that goes near the hot water heater. They charged $170 for the work done.

Warning: DO NOT let this guy into your home. He will report to the City anything that he finds out of code. I must admit, I had a friend work on my basement, including moving a water heater, without pulling a permit. I was wrong to do this. Good Guy Bill noted to me and my friend that the duct work was improperly installed, and left it at that. We thanked him, and said we'd take his advise and fix it. Bill politely left after finishing his work (we hired him to clean our furnace). Then, the very next day I get a cease and desist order from the City. Bill reported me. I would have been fine with Bill saying to me, "you have to have a professionally licensed person with a permit install a water heater, or I'm obligated to report you. Its the law". Heck, I probably would have hired Bill on the spot, and thanked him for his concern for my safety. However, that's not what Bill did. Instead, he said nothing, and then reported me behind my back. That's what I get for inviting him into my house and offering him work. So, if you have anything that might not pass code in your house, know in advance that Bill is a spy for the government, and he'll report you without even discussing options with you first. Good guy Bill is not very good. In fact, he's an awful, vindictive SOB who you should never let within 500 meters of your house.

Description of Work
I hired him to clean my furnace, but he decided to inspect my house instead.

Appliance repair other than heating and air conditioning equipment.

No, Good Guys Plumbing, Heating & Air does not offer a senior discount.

No, Good Guys Plumbing, Heating & Air does not offer warranties.

Are there any services Good Guys Plumbing, Heating & Air does not offer?

Appliance repair other than heating and air conditioning equipment.