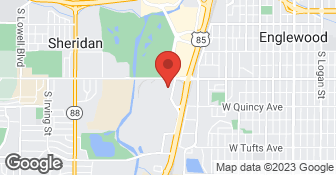 Responded to my voice message within the day, and provided an accurate quote on phone, and scheduled time within days of request. Reasonably priced with no pressured to tip. Work was performed well and within time frame provided on phone. No surprises.

Jimmie came over and found the problem that was tripping my lighting circuit quickly. Price was very reasonable. Will hire again for any future electrical needs

Description of Work
Troubleshoot and repair of lighting and outlets

Tyler and Jimmie did a ready good job with our panel upgrade. They are very meticulous and the setting and wiring looks very well planned out. I have recommended them to our neighbors and have used them on other projects.

Went very well and the installation was professionally done.

Jimmie and his team were great. We’ve had them complete number of projects for our home remodel and they’ve been responsive every time. Pricing was good and their work is top notch

great experience. They did a great job. I had a laundry list of little things to do and purchased entire day 1 electrician. It actually was split between 3 days. Even installed lights on vaulted ceilings and required 2 extra men to help install those 2. Punctual and professional. Would hire again.

Great job and a great deal. thanks!

Description of Work
Can Lights

Great! Did everything that could be done in the timeframe agreed.

Description of Work
Hired these guys for $800 for a days worth of electrical work. Their electrician came out and worked his *** off for 9 or 10 hours. Did a great job. I'd hire these guys again.

I want to append a review I had previously posted for this company. My previous review had given them an F across the board. This was in part of not getting any response from them when I paid for the services offered. I waited for a week and gave them a chance, then I called. At this time they had stated they did reply and I asked how. I told them I did not get a phone call, an email, letter, knock on the door, a wave...nothing. An email was sent supposedly and I told I hadn't received one. In any case, since I had them on the line I told them I still wanted the work done. We set up a time for them to show and all was good. Then when I got home I looked at my emails again and did not see any kind of reply..but then I checked my junk/spam, and there it was. So, in conclusion, these guys were very professional, the work done was good and it was done in a reasonably good time.

Description of Work
We had their special deal on here of 4 recessed lights for $399.

very good did everything and finished early

Great service and professionalism. Blake the tech showed up on time and I progressed thru the house with my list of tasks. Blake asked a few questions (in simple layman terms so I could understand) and then proceeded to complete everything in a very timely manner without having to ask me follow up questions. The finished work looks very professional and when he left my house it was as clean as when he arrived. Thanks for providing such great service and I'm looking forward to using you again!!

Description of Work
Needed a timer added to outside lights, connect a light switch to deck lighting and installed a light fixture in the kitchen

I originally booked a 2 hour Angie's list package deal because I had a few problems with the electrical in the house. The tech that came was very professional and knowledgeable. I felt comfortable with him in my home. However, one of my problems resolved itself prior to his arrival. I asked him to credit me for one hour worth of service because as it turns out I didn't need 2 hours after all. He said he would have someone in management at the company contact me. That never happened. I think these guys are good folks but as a customer I expect top notch service.

Description of Work
I needed a light fixture installed.

It went well. The electrician was prompt, courteous, figured out the mess, corrected it and installed the fixture. He made some helpful suggestions and explained some things to expect with a house of this age (106 and going strong!!)

Description of Work
I went to change out a light fixture as a Sunday afternoon project and when I took the old one off the box was a mess - old cloth two wire, loosely taped, not nutted, to something newer leading away and the ground was just stuffed in there. These guys had an Angie's List deal for two hours of labor, so, for peace of mind (fixture was near a child's room) I called them.

Matt arranged so that I would not be charged for two service charges, but only one. Today, Blake arrived and set to work immediately. All the projects were completed within three hours. Throughout the afternoon we discussed a variety of political and social issues; Blake is not only a very competent electrician but well-read and well informed on the issues of the day. Both young men served as great representatives of their company!

Description of Work
I had about four electrical tasks for which I did not have the necessary skill level . Last week Matt arrived to correct a wiring issue with my Nest thermostat. He had it fixed within ten minutes. I pointed out that I had four other tasks that were more complicated (installing four outside lights, movement triggered spot lights and Nest video camera, installing a ceiling fan and replacing very high fluorescent lights).

Excellent. Effective analysis. Guided through what he was doing.

Description of Work
I had problems with an overhead light and a wall outlet that weren't working. Blake arrived and quickly addressed, solved and repaired the issues. He was pleasant and professional.

He was very professional and had to put both of the new ones together. Will use in the future!

Description of Work
Installed 2 chandeliers. Removed the old ones.

Swimmingly. Tyler and Blake were professional, quick and cleaned-up after the job was over.

Description of Work
4 can lights

Tyler was early with a call before hand. Super nice and cordial guy. Had some great ideas, insight and they were the right thing to do. I loved that he walked me through the processes and issues (of why I wasn't able to do it myself). He stayed busy and was ready to put in the two hours. He installed a ceiling pendant light that had some wiring issues, which he remedied. He also switched out and outdoor light which, unknown to us, was probably a potential hazard! All within the prepay dollar amount. Would totally use again and recommend to others!

The company was able to come out quickly, in spite of the Christmas holiday. Matt was punctual, polite, and did excellent work. The price for 3 hours work was $399, which I thought was high, although I don't know if any other electrician would have charged less. I had used this company once before, when they also did good work, so I would use them again.

Description of Work
Matt from Electric Doctor relocated a ceiling light/fan/heater unit in the bathroom to a better location. He also installed a new triple stack switch for the unit. An incorrectly wired 3 way switch for our outside floodlights was also rewired.

They are very efficient and left everything nice and neat. Tyler was very nice to work with. I didn't have to wait long for them to come out and I was very pleased with everything.

Description of Work
They put in a new ceiling fan for me.

They did a fantastic job. They were the only company that bid what I asked for, to swap out the panel. Everyone else tried to force me into upgrading service at a cost of $3000+ when it wasn't needed.

Description of Work
We had a FP electric panel replaced.

We are a one-stop shop for your entertainment needs! From event planning and MC/DJ/Karaoke services (we also rent equipment) to in-home installation and repair of a variety of electronic home theater systems. We hire only the most qualified technicians, with years of experience, and we will ensure you are content with our service.  …

AV 4 YOU is about making your system easy to use and reliable. We specialize in both commercial and residential Audio Video systems. Many systems involving home theater, smart home, back ground music, video conferencing, Crestron integration (even with Alexa now), projectors, TV's, CCTV cameras, structured cabling, equipment installations, detailed rack fabrication, commissioning systems, very clean detailed work and customer satisfactory. We warranty our work, so if we didn't do it right the first time we come back on our own time to make sure its done properly. We take the time to do things right the first time. We always double check our work and quality is very important to us because its a reflection on how important this career is to us. We don't install a TV and throw gear behind it to hide it, we take the time to dress it properly and safely so it looks right from any angle. Physically test the systems making sure it's functionality is easy to use with a easy understanding on how to use it to our clients. Our racks are immaculate, nice and dressed, we don't like to see a tornado of wires where it becomes a rats nest. Everything is labeled so its easy for us and the customer to understand where things are plugged in. After installs we wipe down and make sure everything is clean. Keeping our customers feeling that they can trust us to work in their homes or work space is very important to us, especially on how to use the system so there is no confusion. I have been doing these type of systems for around 12 years now and my partner has been doing it for 20 years now. We worked for some big companies and we've decided to make our own LLC company so we can put out the quality that properly needs to put out no matter how easy or hard the job is.  …

How is Electric Doctor overall rated?

Electric Doctor is currently rated 4.9 overall out of 5.

What days are Electric Doctor open?

Are warranties offered by Electric Doctor?

What services does Electric Doctor offer?