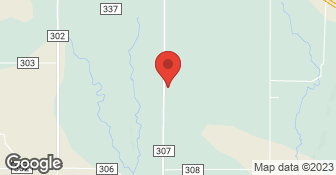 Offering reliable honest service technician's built on the foundational values of durango life. Certified technician with more than 10 years of experience and am licensed and fully insured. Repair was created by geary parsons who set out to provide customers a service experience they can't get anywhere else. We believe in running an honest, professional service company that does not seek to profit by cutting corners & recommending unnecessary repairs

Great repair of our Fisher-Paykel. First trip was finding the problem and estimating the repair cost with parts. No trip charge for the return with the parts and after a difficult job the repair was completed and problem fixed. Great job and would definitely call them again.

Geary arrived promptly, knew exactly what was wrong, and fixed the issue quickly and at a good rate. Was knowledgable and friendly. Great service, would definitely use again.

Description of Work
Freezer had ice constantly building up in it

He was great. They were able to help me the next day after I called. He seemed to know just what was wrong and ordered the part. He returned to install the part 3 days later and everything worked. He also oiled my sqeeky oven door when he noticed it. He seems very interested in his job and takes a lot of pride in it. I found this company great to work with.

Description of Work
Provider fixed my dishwasher which was not draining properly.

Description of Work
Prompt, professional advice by telephone regarding possible causes of malfunctioning broiler on DCS gas range. Was able to complete repairs myself, but Geary's advice was definitely helpful. He refused to accept payment for his help.

The repair was accomplished in two visits, one to assess what was leaking and one to install the part that was ordered. All in all, it took two and a half weeks to accomplish the repair. It took about a week for the part to come in. Another delay was due to scheduling conflicts after the part came in. The repairman was only available on a day that I couldn't be there, so we had to reschedule for a week later. The repairman arrived earlier than scheduled both times. The repairman seemed knowledgeable and so far, the dishwasher hasn't leaked.

Description of Work
Replaced the seal on dishwasher.

Description of Work
Owner operated small business. General preventative maintenance was provided on a washer, dryer, refrigerator, and dishwasher. This took place on two visits. I was not charged the travel cost for the 2nd visit, because he was unable to stay longer on the 1st visit. Excellent work, very professional, explained what he was doing, and why. I would not hesitate in recommending his services to others.

Geary Parsons (Owner) performed our service call. Geary was very punctual, professional, and thorough. He performed troubleshooting of our ice-maker in our freezer that was malfunctioning and found the problem. He carefully removed and replaced the contents of the freezer while performing the service and told us exactly what the problem was and what would be required to fix it. Geary also performed troubleshooting on our dishwasher that was not cleaning dishes effectively. He removed the major components of the dishwasher, cleaned them by hand, and verified that upon re-installation that they were functioning satisfactorily. I would hire Geary in the future for any other repairs that my appliances would require. Advanced Appliance Repair advertises and quot;Superior In-Home Serviceand quot; and they fulfilled this promise with my service call.

Overall the service and work was excellent.

Description of Work
My first experience with a repair service in the Durango/Hesperus area and I am definitely recommending this company to anyone needing work done on major appliances. My oven went completely out and would not heat. The repairman was on time and extremely polite... he found the problem quickly, replaced the part in record time and his charge was reasonable. He also took the time to explain exactly what the problem was and the reason the oven burner wasn't working. Before putting the stove back together he demonstrated how the new part worked and tested it so that I could see what had been wrong. I will call this company any time I need repair in the future and highly recommend them!

He is a very nice guy and I only had one issue with his job. He accidentally overcharged us by $95. We actually replaced the part after having it shipped to us. He was supposed to send us a refund which we have yet the receive a month later.

Description of Work
He replaced the timer for our dryer.

Diagnosed and ordered parts for this customer. They decided to install parts themselves dryer was fixed. Unfortunately human error happens and we had charged for the installation of the part accidently as soon as we caught the error we let the customer know. Once all issues were fixed with accounting the check for a refund was sent and error was resolved. This took longer then expected to issue refund but the policy has been addressed internally and fixed so we can avoid any future complications. I appreciate my customers understanding and patience while we fixed this problem.
4.0

The repair was done and the freezer is still working, it just cost about fifty dollars too much.

Description of Work
I appreciate good service, but not being over charged for what looked like a quick and simple fix. Other wise the guy was a good repair-man, he new his stuff. This coming from an appliance repair manager.

All pricing is done from the MASPG Major Appliance Service National Price Guide. No extra charge for same day or emergency service also gave a 15% Discount off the labor costs. This guide is built for flat rate pricing and is used by many providers in the area. It was my pleasure to have this customers business and hope to see them again if they need service on any other appliances.
5.0

Denny, the owner of the company, came to my house when he said he would and replaced the igniter. I was very pleased with the service and the professional manner that it was fixed. When I called Denny, he was very professional, not condescending and showed up to check on the problem immediately. It took only minutes for him to figure out what was wrong. We made an appointment and he showed up as scheduled and the oven was fixed within half an hour. I was and am very pleased and will continue to use Advanced Appliance Repair.

Description of Work
The igniter in the oven was bad and was replaced.

Insured
All statements concerning insurance, licenses, and bonds are informational only, and are self-reported. Since insurance, licenses and bonds can expire and can be cancelled, homeowners should always check such information for themselves.To find more licensing information for your state, visit our Find Licensing Requirements page.
General Information
Free Estimates
No
Eco-Friendly Accreditations
No
Payment Options
Check, Visa, MasterCard, American Express, Discover
Senior Discount
No
Warranties
Yes

Advanced Appliance Repair is currently rated 4.8 overall out of 5.

No, Advanced Appliance Repair does not offer free project estimates.

No, Advanced Appliance Repair does not offer eco-friendly accreditations.

No, Advanced Appliance Repair does not offer a senior discount.