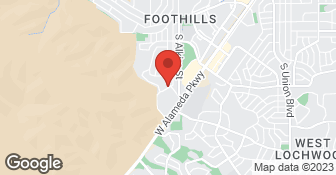 They're close and convenient. They always send me an email and let me know when a service is due.

Description of Work
I went for an oil change and regular maintenance.

Description of Work
I bought my new car from Stevinson.

I used them last week. They did fine. I would use them again. I've been working with them for twenty years, so I'm satisfied. Their service is handy. They left my vehicle clean. I was with Stevinson Toyota before they were Stevinson I started with them in 1985.

Description of Work
I bought my new car from Stevinson Toyota.

Description of Work
I went in for an oil change and tire rotation.

It was $40 for everything they did. They do a good job and get me in and out. I have used them for quite some time. I think, they know the car. They are cheaper than a specialty shop where I used to take the car.

Description of Work
They did an oil change.

I brought my car in at 9:00 am as scheduled. They told me my car would be ready at 10:00 am to 10:30 am. I called at 11:00 am and they were unable to reach the tech who was supposedly working on my car. They said they would call me back. They didn't so I called again. They said my car would be ready at noon. I called at 12:15 pm. My car still wasn't done and said it would not be ready until 2:00 pm. I finally had to get my car back due to pending appointments and a sick animal. When I arrived they said it was ALWAYS scheduled for 2:00 pm. This is not true. Nothing was completed. I had to leave to make my appointments. I would never recommend this service department based on very poor (total failure of) communication and because they didn't tell me the truth about how long my car was going to be in the shop.

Description of Work
They were supposed to provide warranty service so no charge for this.

Description of Work
Stevinson Toyota has been incredible over the years that I have had a Toyota (2007-present).

The work was under warranty so there was no charge. They are very efficient and do good work.

Description of Work
I used Stevinson Toyota East for an oil change.

I've used them for three years and they continue to amaze me with their service. They're very thorough. You're going to wait because they work you in but they're pretty fast. They're very, very, very organized and very customer-oriented. It didn't cost me anything. I was in and out for 45 minutes. Every time they provide service, they check your battery among many other things. They consistently are a great company. Their pricing is extremely reasonable. They're A+ in everything. I will absolutely use them again.

Description of Work
I use the services of Stevinson Toyota East. I had trouble starting my Toyota Prius so I went over the dealership and they had me in immediately and checked out my battery.

I brought my Toyota Sienna in for a recall repair. That aspect was great.However, they did a check over my vehicle and recommended $2000 in repairs. I was quite surprised since I stay up to date on service. I was told that the Front Transfer Case Cover needed to be resealed because it was leaking. The sales consultant told me he could start working on it that day and would get me a rental car. He said I really needed to get it fixed because it could ruin my transmission and end up costing $5000. I asked if it was OK to drive home because he made it sound so urgent. I took my Sienna to my regular shop (Advanced Automotive) for a second opinion and was told my and quot;leakand quot; was simply and quot;sweatingand quot; and nothing needed to be fixed. I was also told that a leak in the front transfer case cover could not ruin a transmission. Stevinson had told me my air filters needed to be changed; those were also fine.

My experience went well. The staff is professional and knowledgeable in their field. I have been pleased with their services and would recommend this company to others.

Description of Work
I visited for an oil change.

This is a busy dealership but I was pleased they were able to get me in on a day that worked for me, if not my preferred time, on somewhat short notice. I wait for my repairs so the waiting room with TV and free snacks is appreciated. The dreaded visit from the desk brought a recommendation to consider, among other things, replacing the water pump as there was some crusty red coolant around a bolt near the weep hole. They showed me this, which was nice. I had opted for the 'good' as opposed to 'better' or 'best' 60,000 miles service(?) which did not include certain services, but when I agreed to the water pump, I also consented to replace the spark plugs, the PCV valve and transfer & differential fluids. These things took an additional 3 hours or so. Labor for the water pump job alone was billed at $548 which would make the rate at least $182/hour! When I got home I researched 4Runner water pump replacement and commenters all agreed the thermostat should be replaced at the same time with many recommending, if you are that far 'into' the engine, to replace the timing belt as well. Neither was mentioned and I don't think I would have wanted to hear about these additional items at that time due to the already high cost projected. I found it odd that the service outlined for 60,000 miles in the "Scheduled Maintenance Guide" from Toyota was not what the dealer offered, even at the 'good' level. They did not replace the cabin filter or check engine valve clearance. I left the "Guide" book on the passenger seat but had to ask that they stamp and sign off on the service. I saw several cars leaving clean and wet as they have previously washed mine after a service visit, but they did not wash mine this time and after $1,183 I felt they should have. Maybe after 5PM folks want to go home. I was left regretting not obtaining a second opinion on this non-urgent repair, but that is not Stevinson's fault.

I asked for the basic oil change. The guy pointed to a picture of the bottom priced oil change on a poster and told me it would cost $80. I told him that I've had my oil changed there for the past 4 or 5 years and it has always cost under $40.00 . He said they could do it but it didn't have the same services as the $80 change. When I asked what the difference in services was, it turned out to be none. This dealer doesn't list the $40 oil change at all. You have to know to ask for it. I wonder if the service side of this Toyota dealership changed management about a year ago They used to be the best in integrity and honesty and I really appreciated them. I trusted them with my car. Not any more. I"m looking for a different service provider for my Prius.

Came in for an oil change. As always there was something wrong with my car that costs hundreds. This time it was a hole in a hose, that turned out only could be fixed by replacing the water pump. So, a hole, which showed spattering that looked totally recent, cost me over 400 dollars. I took it in a week later, and said, I heard sloshing when I hit the brakes. They took the car in and said they could see nothing wrong with the car - but the sloshing stopped. So, I took it to mean they repaired it, but claimed nothing was wrong. I think they find things to be fixed that don't need to be and charge outrageous amounts. (2 days earlier, I had come in, but taken my car home, as they couldn't schedule me in. Someone called me to pick up my car that day, , and I had to tell her I had my car. They didn't have my car.) .

Description of Work
Came in to get oil change. They said they found a leak in my water hose. Said I needed a water pump, couldn't fix the hose without it.

They are ok. I haven't had a real bad experience with them. They are honest. I always take my car there.

Description of Work
I go to Stevinson Toyota for vehicle servicing.

The work was done promptly & well. This is the third time I've had my car serviced & each time it has been done with speed & little waiting. I have been pleased with their work on my car.

Description of Work
They changed oil & did l5,000 mile checkup. They took me immediately & it only took half an hour. I was able to wait in a pleasant waiting room.

STEVINSON TOYOTA EAST is currently rated 4.3 overall out of 5.

No, STEVINSON TOYOTA EAST does not offer eco-friendly accreditations.