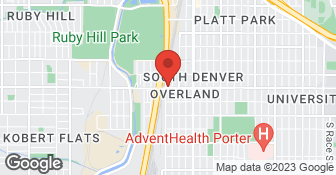 We are a Drain Cleaning , Sewer Repair Company . We service Denver Metro area .

We are in the business of providing comfort for our customers. Our goal is not to be the biggest, but to be the best HVAC Company in Colorado. Accutrol Heating and Cooling, Inc., is a team of committed positive and successful people who are always striving to be highly educated and honest. We provide our highly trained technicians with ongoing education to give each customer an accurate diagnosis of their equipment. We have been Accredited A+ with BBB for 13 years.

When you need an independent heating and cooling contractor you can trust, turn to the pros. As a Rheem Pro Partner, no other contractor supplies, installs, and services more Rheem residential solutions. Plus, Pro Partners are held to the highest standards of customer service, professional training, and industry expertise. You don't need to take our word for it. All Pro Partners maintain a minimum 4-star customer rating each year, based on Rheem validated online reviews from real homeowners.

The tech was very professional, he knew what was wrong with the hot water heater in no time. He had the part and ordered another from Whirlpool so he'd have it in stock. It took him less than an hour to fix and we had hot water in another hour.

DESCRIPTION OF WORK
Fixed the hot water heater, needed a part that was ordered through Benjamin Franklin Plumbing, not through Whirlpool which saved us money.

The issue wasn't resolved. So I called in a different company. But, my issue isn't with the plumbers. I think they did the best they could. It's just that the plumbers from the other company resolved the problem. My problem is with the one-year service agreement I signed when the plumbers with Benjamin Franklin Plumbing were at my house. I signed the agreement because, at the time, it appeared to ...

DESCRIPTION OF WORK
Originally they were called in to repair a leak in my shower.

I had use Ben Franklin Plumbing before and really like the gentleman that came. I used him several times to clean up some problems messes from a plumber used by my general contractor in a remodel job. But he transfer to a Ben Franklin, north of Denver, so he was unavailable for me, His replacement was rather cocky and did not come in listening to me and fix my problem. So I am going to try a diffe...

DESCRIPTION OF WORK
Fix a plate for my new hot water heater, It was not keeping my water hat. They did replace it without complaint.

My experience has been very good. They are very knowledgeable. They were able to tell me potential issues I would have with my water heater. Scheduling was easy. They came out to do a normal check up and informed us to replace the water heater and they were able to come out the next day to do the work.

DESCRIPTION OF WORK
They replaced the hot water heater and brought it up to code.