Both Earl and Ken were a pleasure to work with and the garage is beautiful. We live in Indian Hills and that didn't hinder their ability to get the garage built promptly. They were able to complete everything from start to finish in 5 weeks!

Well, given that they never bothered to call me back I think they earned their “F” rating. Just call, it’s not that hard.

Everything was right on time! Even through Christmas and the new year! I can’t say enough how well it was managed and the work is top notch!

Description of Work
I needed my driveway tore up and garage completely demolished. My drive way is 70’, and the new garage is 20’x 30’! It turned out beautiful.

Description of Work
Called over a month ago to get a bid on an oversize garage for my toys. The guy sounded like I got him out of bed. He said he would come over next week to take a look. I told my neighbor that I bet he does not show up. Well he did. He was there about 5 min. left and I never seen nor heard from him again. A real winner!!!!!!! I ended up going with Jerry from Republic Garages. He was real excited about doing this project. He's been in business for over 30yrs!!!!

The price was good, we didn't build a standard garage.

Description of Work
They built a garage.

It was a pleasure working with this company and the garage turned out beautiful. I paid less than $25k and immediately added $50k to the value of my house. Earl helped me work through the initial design making recommendations to control cost while still getting what I was looking for. Ken was great to work with and excellent on communication. He called regularly to inform me of what was happening next and always returned my calls. I wanted a different door after seeing what was installed and he found an inexpensive way for me to change it without creating a lot of issues for either of us. The builders were efficient and quick and it was amazing to see the garage go up essentially right before my eyes. I would definitely recommend this company to anyone looking to have a new garage built.

The final result looks and functions very well, and overall I don't have any significant complaints about the end product. My issues are as follows: The work began in October of 2013 and didn't finish until March of 2014 - 6 months to build a simple structure.Weeks would sometimes pass between when workers were on site, and it often took me calling and complaining about the pace of progress to get things movingThe guys that own the company just manage a set of subcontractors - they don't do the work themselves, and that resulted in accountability issues during the projectThe building is a 24'x24' structure, and it is 10and quot; out of square - not noticeable to the naked eye, but very difficult to drywall.Before I had the drywalling completed you could visibly see some issues with the framing. I later had these corrected by another contractor. No safety issues, just things that were slightly out of square. I picked these guys because of the positive reviews on Angie's List. Through the process I learned from one of their subs that they build approximately 120 garages a year, which for a 2 person company likely managing dozens of subs spreads them extremely thin. The fact that they are based in Denver and my property is in Conifer is what I believe lead to many of the timing issue - they just had trouble getting their subs to come up here. I had planned to ask them to finish off the interior as well (insulation, drywall, paint), but after the experience of having the structure take 6 months to go up decided to contract that work to a local general contractor. We are pleased with the end result, but I cannot recommend them to anyone that lives in the foothills due to my experience on the duration of the project.

Description of Work
I had Affordable Garages put up an oversized 2 car garage on my property in Conifer. We built the building into a hillside and I had a separate contractor manage the excavation work before Affordable Garages started their work. The services they performed included design, concrete, framing, roofing, electrical, and painting.

I signed the contract for the garage in April 2014. It took until September to complete the relatively simple construction. The contractors that were hired for the work (the owners only installed the garage doors) did a good job on each element when they were there. The price was reasonable and didn't change. We got a 24x24 two car garage. The problem was with the placement of the garage initially. The owner who provided the estimate did not understand the issues associated with where we wanted the garage and we had to move locations twice. Then it seemed as if work only got performed when I called and pushed for it. Even then, work was often not performed when requested. Bottom line is the work itself was done well, within cost, and the finished product is good. The management of the job was erratic at best and took months longer than necessary. I would recommend any of the performers, but would not buy from Affordable Garages again.

Description of Work
Built a detached garage. 24' by 24'

I found his company on Angie's list and their bid was one of the three that I received. Earl came out and gave me a bid. He seemed very knowledgeable and listened to our needs (and our budget). He had some very helpful suggestions. We were considering getting an over-sized 2-car garage but ended up having them do a 3-car because it didn't cost much more for the larger option. Their price waas very reasonable so we hired them. We worked with both Ken and Earl throughout the process. Both were helpful and easy to work with. They pulled all the permits and did everything they said they were going to do. We had good communication throughout. All the the crews that came out were very pleasant and respectful. Things moved along swiftly with very few problems. They removed a small tree for me (without charge) and reconnected the fence that needed to be taken down to build the garage. The gate of the fence was actually quite bent up (from the neighbors across the alley running into it with their car), before it was taken down. The guys at Affordable Garages actually re-used a section of the fence that was is good condition and rebuilt the gate so that it looks and functions much better than it did before. They just finished the garage and it looks great! I couldn't be more pleased. I am hoping to have them do a home addition soon.

Have them over to quote and never heard anything back. I emailed thru Angie's list and still never heard back. I would not refer them to anyone.

Description of Work
Bad company and no follow up

They built a great garage, we had a great interaction with the builder and his employees and this was a very positive experience.

Description of Work
They built our garage.

The phone conversation to schedule the quote went very poorly. The guy on the phone was so incredibly rude to me - asking questions about my ability to get it approved by the City of Boulder. I had admitted that it'll need to pass by a City (since it's close to property lines) but it shouldn't be an issue since our neighbor has given their approval. The representative told me to call him back once I know for certain the project could get approved. How unprofessional that he was not even willing to give us a quote for the project! How would we even know if it were financially feasible without a quote? I would never ever recommend this company.

Description of Work
I contacted Affordable Garages to schedule an appointment to have someone take a look at my existing carport and provide a quote for conversion into a garage.

I was very pleased with the work. The work was completed on-time and overall it was a good experience. I would highly recommend them.

Description of Work
They built a 20x20 garage.

All details of the work were explained up front including a time line for the work and a scheduled plan for payment through out the process. The communication during the process was very good. Each step of the process was completed within a reasonable time frame and any disruptions in the schedule were explained and handled in a prompt and professional manner.

I called 3 garage builders that I found on Angie's list. Affordable Garages was the only builder that followed up with me after the initial meeting and gave me a written estimate for building a new garage. Initially, Earl provided alternative proposals upon request, in order to help us decide the size/cost of the project Earl's knowledge/patience with the process made the decision to contract with Affordable Garage an easy one. Ken coordinated the project and he kept in close contact regarding timelines. Ken was very easy to communicate with via text, phone and in person, as needed. I was impressed with how the majority of timelines were met, given all of the sub-contractors that were involved. I would also say all of the subcontractors were professional and did great work. I would hire any of them again as well!

Description of Work
Our garage was knocked down and we needed to rebuild from scratch, based on a limited budget as well as limited space.

Description of Work
Tried to get a second bid on a 4 car garage.They had originally done a bid on a 3 car a few months ago and they did it promptly and the price was good. It took them a long time to call me back. By the time they called to do the bid I had hired another company. Business must be good for them if they cannot return calls in a timely manner.

We were very happy with his estimate. He was very friendly and clearly very knowledgeable. He brought a lot of photographs, information, and materials so that we could see exactly what it was that he was proposing, which was very helpful. I think we were able to really have a good understanding of what he was offering for that price.

Description of Work
Affordable Garages gave us an estimate for replacement of our garage.

The price was reasonable. They did a garage for a friend of mine and that is why I called them. It looks good. They were professional and punctual. The quote was for $13,500. I may use them to do the garage.

Description of Work
I got a quote from Affordable Garages to build a 22 x 22 garage for me.

They had a very fair price for what they did. They will build what you want it to look like. They were very good at working around things that we disagreed on.

Description of Work
The company built a two car garage when they were there.

Overall experience was excellent. Workmen were friendly and very professional. Closely matched brick on face of garage to the house brick. Cleaned up after all work done, excellent job.

Description of Work
Building of a 24 x 34 detached garage; price included taxes and permits, removal of shed, bushes, old concrete slab, removal of fence and clean up of branches. 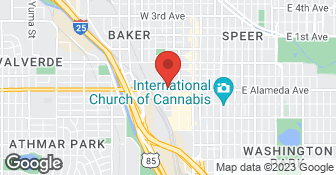 How is Affordable Garages overall rated?

Affordable Garages is currently rated 4.4 overall out of 5.

What days are Affordable Garages open?

No, Affordable Garages does not offer eco-friendly accreditations.

No, Affordable Garages does not offer a senior discount.

Are warranties offered by Affordable Garages?

What services does Affordable Garages offer?