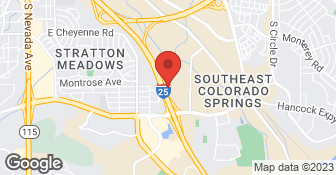 TruGreen has been in the lawn care business for more than 40 years. Over that time, we have gained the depth of experience necessary to offer specialized services to a range of business types. Whether you're looking for a green lawn, beautiful trees, and shrubs, or if you require more specialized care, we offer guaranteed services designed to suit your needs

I received a phone call from a TruGreen technician within seconds of hitting the send button to Angies List. I had to keep asking the technician to repeat what he said since he did not speak into the phone or clearly. I kept asked for pricing on lawn aeration, I did not have a chance to give him the size of my lawn; he kept pushing for other services, after asking a few times for pricing on aeration only; he then quoted me $398! I don't what kind of fees you charge but this is gouging, when I pushed back he then said $203, so all of sudden it's half the price. I kept attempting to give the lawn footage but he kept interrupting and talking over me, given I have a large lot and I do not need my full lot aerated. I asked if he would be willing come and view the area - he was rude in his response and said that "this is not how we do business" Well, this is not how I do business either, why would I hire your company for any services after being spoken to so rudely. I used TruGreen last year, at first I was very pleased, but as the season continued I had to call and frequently request lawn fertilizing. I was told you did not have time, and then promised service would occur the following week, which also did not happen and no one would come, or I was given less than 12 hours notice, waiting the next morning for the technician and still no one showed up, also another time the technician began fertilizing my neighbors yard, lucky for them. I am just glad I did not sign up for any contracts and canceled all future lawn applications at the end of summer 2019.

Here at Weekend Life, as professional landscapers, we are skilled at bringing families and friends together through our uniquely designed & constructed outdoor living spaces. All with our Best Value Guarantee. ​ Let's Craft Your Family's new Outdoor Living Space! ​ Our goal is to help you realize and build the perfect landscape to fit your household's needs. Being experts in landscape design & terrain/irrigation/lighting management- Whether it's a simple grass installation or the works requiring hardscaping and your own stylized design YOU can rest assured knowing we can handle it. ​ Whatever your vision encompasses - We want to help you realize it. ​ - "I built this business to provide quality landscape solutions at fair attainable prices, And because I LOVE WHAT I DO. We are integrity driven here and will never do a job that I myself would not be proud to label my family's name on. It's truly a BLESSING and a PRIVILEGE to be able to create the landscape your family will live and create lasting memories in. It's an honor and a big responsibility." Taylor Patterson: Owner  …

We guarantee your satisfaction and we won’t leave until the job is done right. We pride ourselves on the quality work we provide, while delivering great customer service! Check out our services offered and call or click to schedule a free estimate today. free estimates 719 9301845  …

How is Trugreen overall rated?

Trugreen is currently rated 1 overall out of 5.

What days are Trugreen open?

What payment options does Trugreen provide

Are warranties offered by Trugreen?

What services does Trugreen offer?