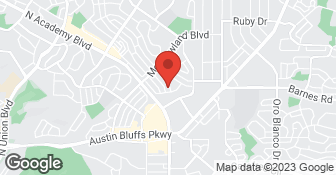 We believe this is a two-way conversation all about your home and your money. We don’t come to your home to dominate the situation to make you feel uncomfortable or pressured into a decision. We come to really listen to what's important to you.

Original work went well. The poor rating is based on the companies lack of courtesy to return phone calls/emails and not standing by their guarantee and make repairs in a timely fashion. I had hired Love Your Stucco to repair and re-stucco my home several years ago. In June of 2020, I noticed a section of stucco on a corner of my house had broken off and initially called the company to inquire about repairing that area of my house. I had left a telephone message and after a week of no return communication, I went to the company website and left an email message. A co-owner contacted me, asked for pictures, had come to my house to observe the damage and stated they would make the repairs. On July 27th, I had contacted the company through voicemail and emails to inquire about their plans to repair the stucco on my house. I had received a voicemail in return stating my home repairs were on their schedule but would not occur until the end of summer. I again called and left a voicemail and sent an email on September 28th to inquire about the repair plans. As of November 28th, the company has not returned my call nor my email and has not completed the stucco repairs as guaranteed and agreed upon. I would not recommend this company.

Excellent. Very professional from inspection, quote, work performed. They did exactly as they said and the workers were all top notch

My home is about 7 years old, and the stucco was beginning to show signs of degradation, especially in the areas where there had been rain/snow accumulation and freeze/thaw impact. I met the folks from Love Your Stucco at the Chaffee County Lawn and Garden Show in April (2019). Initially, I inquired about stucco repair. When Jake came out, he inspected my stucco, and after discussion, I decided to not only have the stucco repaired, but also to apply a coating on the entire house to ensure long term viability. Chris supervised the crew that completed the work, and Joe was the onsite crew leader. Jake, Chris, and Joe were very courteous and professional, and their communication was excellent. Joe took the time to answer all my questions, kept me informed of the status of the work, and readily responded to my requests for minor changes associated with the stucco repairs. Mostly, I was totally amazed at the quality of the workmanship. The new color matched the old color identically. These folks totally delivered on their commitments in our contract, and I would certainly recommend them for stucco and coating work. Finally, based on this quality, I have decided to have Love Your Stucco apply new stain on all the trim on my home.

After seeing the excellent job that Love Your Stucco did on applying new stucco coating to my home, I decided to have them apply new stain to all the trim as well. As before, they did an outstanding job. Their work and materials are high quality, their communication is excellent, and they are very professional and courteous. GREAT JOB GUYS!!!

We’ve been intending to write this review for quite some time, as Love Your Stucco worked on our house two summers ago (2017). In short, Randy and his son, Chris, were great and their crews did a great job. We initially talked with Randy at a trade show about having some manufactured stone put on the front of our then all-stucco house and weren’t considering any stucco work. But when Randy first came out, he looked at our house and showed us where the stucco had sustained significant hail damage. I at first was somewhat skeptical about whether the damage was that significant and required repair work, but in listening to him and asking several questions, my wife and I realized that he really knows his stuff. Randy then worked with us in designing where we would put stone of the front of our house, and ultimately we obtained separate estimates from him for both the stonework and the stucco work. At Randy’s suggestion and with his support and documentation, we made a claim under our homeowners’ policy for the stucco damage caused by hail. We were very pleasantly surprised when the insurance adjuster came, inspected our house closely including the roof and gutters, and then prepared an estimate that included replacing roof vents and gutters as well as stucco repair and coating. Amazingly, the adjuster’s estimate for the stucco work itself, which was approved by our insurance company, was higher than Randy’s estimate. In the end, we retained Love Your Stucco to do the stucco work and act as general contractor to do the stonework, replace the gutters and roof vents, and do trim painting. The work took several weeks but throughout, Randy, Chris and their crews were very professional and did an excellent job. They were also very accommodating when we made a couple of last minute changes. In particular, we selected the stucco coating colors fairly late in the process and then at the last minute again changed colors. No doubt Randy and Chris were frustrated with us, but they handled it like true professionals and simply went with the flow. Consistent with many of the other reviews, we highly recommend Love Your Stucco.

Description of Work
Provided a home inspection and a quote for new stucco and new stucco siding.

Due to hail damage, age and weathered cedar siding, the entire house is now covered in stucco with stone accents. The hail damaged roof was replaced with impact resistant shingles, and two exterior doors have been replaced with low maintenance energy efficient doors. The exterior of the house is simply beautiful and as low maintenance as possible. Great products and workmanship.

Description of Work
Remodel the entire exterior of the house

We are extremely happy with the stucco renovation done by Love Your Stucco. They provided great communication, information, and answered our questions. Their work time estimate was right on. All the people involved were friendly, professional, courteous, hard workers,and they did a great job. They were thorough and cleaned up after done. We were pleased to see how the water was repelled during recent rains and are pleased with the color. We highly recommend Love your stucco, we really do "love" our stucco!

Description of Work
Stucco renovation on our house and garage

Excellent, what a great CO and a GREAT job they did on my house from Randy who came out and talked to me about what I wanted done to my house and I felt no pressure what so ever, he really listen to me and made excellent suggestions and to his son Chris, who was the Project manager to all the crews who did work on my house, and each and every crew member were very respectful of me and my property. Chris or Randy was always there to answer any and all questions that I might have had and put them to rest. I would highly recommend this CO to any one who needs Stucco done. In fact since I live at the corner of a busy street I have had several people come up to me and tell me they had watch from day one and they love my house and I always highly give Love Your Stucco praises. Since Randy is also a Stucco inspector I knew that I would be in good hands and that really put me at ease.

Description of Work
Had my whole house stucco, new gutters put in, had a swap cooler removed and vents put in for crawl space plus the ceiling of the front porch painted

We were extremely pleased with the work done by Randy, Chris and their crew from Love Your Stucco. The entire process was highly professional from start to finish. We received advice and estimates from several contractors, but we selected Love Your Stucco based on their professionalism and their honest assessment of the work we needed on our home.

I would like to take this opportunity to review the stucco work we had done to our house. We hired LoveYourStucco because Randy was up front and honest about everything. He guided us through what our 15-year-old house's stucco needed and exactly what would happen once the process was started. Everything turned out exactly as he said and we love the finished product. I would also like to thank Brian for coordinating the work crews and keeping us informed day-by-day about what would happen when. Randy and Brian's crews were very professional and made sure that the work area was always cleaned up and orderly before they were done for the day. We love our "new" house and look forward to many years of stucco without issues. Thanks Randy and company!

Specializing in the application of stucco, Emerald Edge Construction, LLC offers a variety of remodeling services from landscaping to full bath/kitchen remodels. We are fully insured with many years of combined experience.  …

Our mission is to be a provider that brings back the personal touch with our customers. We will build a relationship that will last a lifetime once you see our quality work. We're passionate about delivering an exceptional experience. When you hire us, you're hiring a team of professionals who are trained and skilled to deliver lasting value to your home. As a locally owned and operated business we feel invested in our clients and constantly strive for customer satisfaction. We won't leave until the job is done right! Call or click to schedule an estimate today! We can do any type of stucco work big or small specializing in stucco over siding, Efis commercial or residential. We also do any type of concrete work including foundations, driveways and patch work. And lastly we offer interior painting and stain as well. 100% customer guarantee  …

The Re-Paint foundation is built on the value of our team of employees and to our devotion to each and every one of our clients. We work hard on every job, with the client in mind, to ensure the job is done right the first time and in a timely manner. We let our reputation of being a professional company with talented painters speak for itself. Our goal is always to meet and exceed the needs of our customers, the community, and our employees. Our aim from the start is to be the expert residential and commercial painters in Colorado Springs, and the paint company home and business owners trust most.  …

Love Your Siding Love Your Stucco is currently rated 4.7 overall out of 5.

Does Love Your Siding Love Your Stucco offer eco-friendly accreditations?

No, Love Your Siding Love Your Stucco does not offer eco-friendly accreditations.