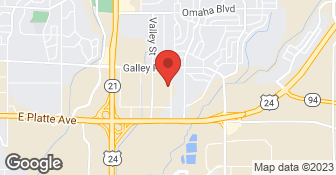 Great Plains Moving is an agent for North American Van Lines. We offer relocation, packing, crating, storage and office moving since 1896.We are happy to transport Household goods ,offices , autos, We also can Store your household. offices and equipment. All our employees are background checked and drug screened. We protect your homes with door trim padding ,floor runners, and stair rail covering....

Established in 1979, our customer service is one of the best in the transport industry. Since 1979, we have had plenty of time to build a vehicle transport company that is second to none. All of our employees are competent, courteous and respectful. Our rates are among some of the most competitive of all reputable vehicle transporters. Choose an auto transport company that has established a reputation as being reliable in the car hauling industry. The absolute lowest price isn't worth the difference if a car transport company delivers your car late or damaged. We have been providing dependable and reliable shipping services for your auto transport needs for over 40 years. Choose an auto transport company that puts your needs first. Our number 1 goal is to fulfill your needs. Our reliability and integrity put us above the competition as we strive to meet your every vehicle transport needs. Contact several companies for your quotes to get a range of what you should expect to pay. You’ll find our rates comparable to other major auto shippers in the industry, while providing you with superior customer service. Please visit our website, www.cargoautotransport.com, to learn more about us, get a good understanding of our standard time frame, our FAQs, and how auto transport works.  …

Specializing in local moves within the Colorado Speings area, Teller County, Denver, Pueblo and beyond! Local, family-owned moving company with a strong reputation for quality service. Best prices and movers in town. Your peace of mind is our job.  …

DO NOT USE THIS COMPANY! They're an awful, lying, and cheating organization. They will give you an initial quote JUST for the move, then when it comes time to collect payment, they decide to let you know about all their extra fees and costs they have to charge. The person who books the appt will tell you OVER and OVER again that they will call you before they get there. (claiming they don't want you to have to sit and wait). But the actual movers will get their early and not call till they arrive. (forcing your time clock in which they charge you to start). I was told they would be at my place @9am but they'll call before arriving. They proceed to call me early and told me, "the office never told us to call. sorry" so then I had to rush over as my time already started (mind you I still got there before 9am) then once the move was complete, they told me they had to charge me for drive time back to the warehouse. I moved 10 minutes away from the initial pick up. Still they charged me $60 more than what they quoted me. When I called the office Monday, the lady I spoke with was very rude. When she initially quoted me, she said they would quote me the 2 hour move time and that the guys needed the work. Yet after the fact, she informed me, "we usually require a 4hr minimum, so we could've just done that." True, had they informed me FROM THE GET GO, I would've been aware and more conscious of the decision that they were not the right people to work with. She told me the manager would have to call me back later that day. No surprise, he didn't. I called back and left a message. No return calls. Yet they wasted no time charging my card for the incorrect amount. This could have all been avoided had they just been honest and transparent from the start. Instead of being conniving and deceitful just to make the deal. I am BEYOND unhappy with this company and strongly advise you to think twice before using them. They're the type of people who give professional movers a bad stigma.

The pickup went fairly well except I did find a couple of items that they missed getting. The delivery was complicated by the fact that the movers had to use a U-Haul truck to get the items to our door, as we live in a rural area. They did well with that, but I was a little disappointed, as someone told me that the movers should replace mirrors on dressers and reassemble other items that had been taken apart and this was not done. Also we received two boxes that are not ours, so it makes me wonder if I received all of my boxes.