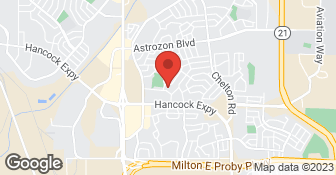 Don't hire this guy! 21 Months after I hired him, and instead of new siding I have $50,000+ in damage caused by him, and had to hire council to redress the damage!Does not pass code, Failed regional building code in a spectacular fashion.Left my house as a fire hazard from modifying wiring improperly .Attempts to file a malicious lien to force me into accepting shoddy work, and suppress publishing my opinion.So far, has ignored CDARA notice, multiple requests to address deficiencies, and certified letters. Intrigued? Read on.....Hired him (Kyriakos Melas, Elisa Melas, Black n White Roofing and Exteriors) to do roofing, gutters, and siding because of hail damage. The problems began the day they began doing the roof. 1. Showed up at 1:00pm to begin my roof. 2. Next day they began the roof. It took months to get them to show up and work on the rest of the contract (gutters and siding).... 3. Gutters installed wrong, they were installed with incorrect drop, causing water to pool, run the wrong way.4. Downspouts attached incorrectly/without fasteners and fell off the first time it rained hard.5. Attempted to install gutters where they didn't go, somehow managing to destroy the drip-edge causing the brand new roof to no longer pass code.6. installed the wrong siding (wrong color and wrong lap, didn't replace damaged J trim, didn't meet code, covered attic vents, covered crawl space vents, left light fixture dangling by its wires, wires exposed to weather.........etc....) It took months, (nearly 9 months) to get the wrong siding addressed. No one would even show up to look at it for months. Finally someone came and agreed it was wrong, gutters weren't right, and said they would make it right. Months of my asking for updates and months of my updates getting ignored they finally agree to make it right.Except they made it worse. Way Way Way Way worse. So now: 7. Entire house doesn't pass code,8. Siding falling off in multiple places, collecting siding from the area has become a neighborhood event. 9. Electrical outlets not meeting code any longer.10. Waterproofing beneath siding has been destroyed around entire house11. Siding installed wrong in hundreds of places. (Yes, I did count them, and took images)12. Siding manufacturer came out to see this disaster and said everything that Black N White installed is damaged beyond reuse by their improper handling and installation, the product must be removed, disposed of, and replaced with undamaged new product.13. Siding installed over live electrical (where a light should be, I even bought them a new light fixture to install there.....) leaving an un-grounded, un-covered, non moist/wet location box and wiring exposed to the elements.14. Complete gaps between pieces of siding. 15. Siding installed with ends butted against each other, and no overlap16. Roofing screws driven through the faces of trim in attempt to correct loose pieces from incorrect install17. Used non-recommended steel nails with small heads to fasten siding. Resulting in rust-streaking, and siding pulling over small nail heads18. Drove fasteners way too hard, crushing siding, tearing out nail slots, and causing wrinkles.19. Far, far too few fasteners to meet code, or Mfgr's required install. There are whole pieces of material that have only 3 fasteners in the entire length.20. Failed to use starter-strip, used cheaper j-channel resulting in loose bottom course around entire house.21. J channel at base not properly prepared, turned it into an ad-hoc gutter, concentrating rain water to the inside corner of the foundation.22. Completely amature attempts to apply silicone sealer, workers smeared excess on AC unit, landscaping, house foundation, fence, but still managed to not create watertight seal on structure.23 Cut the bottom clip off siding pieces to compensate for un-level siding.24. Drove roofing-type screws through bottom clip of siding pieces when incorrect installation resulted in loose panels.25. No under-sill trim used, resulting in loose areas, and gaps under window sills26. Used incorrect trim in place of more expensive inside corner post pieces.27. Left missing pieces in gable area because they couldn't figure out how to attach a small bit28. Many, many ripples/wrinkles, and sagging pieces.29. No undersill trim used at the top anywhere.30. Scheduling was a complete nightmare. Wouldn't show up for appointments31. Construction Debris everywhere! It's still everywhere!!! Nails, Screws, siding pieces, surplus materials, trimmings, caulk everywhere.32. Stored surplus materials in a manor that damaged them. Left siding sagging between 2 ladders for weeks.33. Left coolers, garbage, tools everywhere. 34. Workers were vulgar, loud, and made disparaging comments about my children through the open window. (they went as far as blowing cigarette smoke into my open windows and whistled at my little girls through my open windows!!!!)This is the "reader's digest" condensed version. - the list of problems is far longer. When the manufacturer's rep came to look at the siding for a warranty claim they condemned the entire install, declined this, or any future warranty coverage as a result of incometant/improper install/fasteners/methods. It is a Disaster. Other contractors have provided written estimates and we are over $50,000. They are reluctant to work on such a bad install for fear of hidden damage resulting from Black N White Roofing and Exteriors "fine" craftsmanship. Obviously, I do NOT recommend them, ever. ITS 100% DOCUMENTED WITH PHOTOGRAPHS, INVOICES, SIGNED STATEMENTS, AND AFFIDAVITS. Documentation available upon written request.

Black N White is a great contractor to work with. Amazing price, and even better quality of work. The subcontractors they used were very professional and reliable. The only point I would make (and the sole reason for a B rating) is communication. We used BnW right after a massive hail storm we had, and they were understandably very busy. But this is a good problem to have, in my opinion, not an excuse for poor communication and not returning phone calls. That being said, I would absolutely use BnW in the future.

Description of Work
Roofing, one window, and painted the house

Description of Work
I had two roofs done on my property. The older building had 4 layers to tear off; the newer, one. They were done on two separate days, which was agreeable to me. The materials delivery, work crew, and clean-up were awesome. The owner and wife even came over extra to do a "fine tooth" go over of my property. A broken outside faucet handle was replaced and installed. I opted for the better grade shingles and ice and water barrier. I am very confident that these roofs are going to last a long time! This project was part of an insurance claim and though there were some questions about the claim financials, Black and White was paid the amount that their invoice reflected. I would recommend this company to another homeowner or business.

$500.00 advertising credit for Angie's List members (for any cash project of roof). Cannot be applied to insurance deductibles as stipulated by Senate Bill 12-038. Prime Roofing, Inc. has earned the reputation of Colorado Springs and the front range areas for roofing excellence, stellar customer service and the knowledge and expertise that has made us leaders in the roofing industry. We realize knowing how to build a successful relationship with our clients is just as important as knowing how to install a quality roof. We never said we were the best in the industry. The best in the industry said we were! And when the Better Business Bureau needed a new roof, they trusted Prime Roofing Inc to replace it. Now you know who you can trust.  …

Give us a call today for a free estimate at (720)369-6208! frontrangepainters.com We are your premier luxury home and refinishing solution. We specialize in painting, siding & trim replacement, stucco work, and woodwork refinishing.  …

Black N White Roofing & Exteriors of Colorado Springs provides the following services: roof inspections, roof repair and replacement, exterior painting, siding, and stucco, as well as gutter replacement or repair. We are a full service Colorado Springs roofing and exteriors company. Our services are residential or commercial and no job is too small or too large.

No, Black N White Roofing & Exteriors does not offer a senior discount.

No, Black N White Roofing & Exteriors does not offer warranties.

Black N White Roofing & Exteriors offers the following services: Black N White Roofing & Exteriors of Colorado Springs provides the following services: roof inspections, roof repair and replacement, exterior painting, siding, and stucco, as well as gutter replacement or repair. We are a full service Colorado Springs roofing and exteriors company. Our services are residential or commercial and no job is too small or too large.