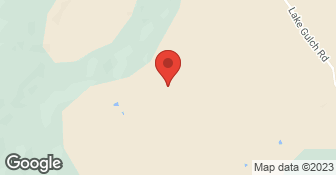 More than just a BASEMENT FINISH COMPANY. We offer many remodeling projects. As a Framing contractor we can Build NEW HOMES. or Build your addition. We offer full Siding installation.  …

We specialize in all concrete jobs such as Foundations, Basements, Driveways, Retaining Walls, Sidewalks, Steps, Patios. With more than 10 years in business, our employees can guarantee professional, fast and clean work.  …

Colorado based JXB CONCRETE INNOVATIONS LLC is here to serve you and your neighborhood with all your concrete needs. We’re her to make your home or business a better place for you and you clients. Anything concrete we gotcha. Don’t hesitate to give us a call for your free estimates Monday -Saturday See you soon  …

They did exactly what they said that they were going to do. The design and workmanship were absolutely excellent. Excellent materials, polite and respectful to my property, great clean up. What more could we ask for?

This was our first time building a deck and we learned a few lessons on this job. First, the quote provided lacked any specific details about a fire pit and wit was priced about 9,000$ The description given verbally was a lot of puffing, which we didn't realize until t he fire pit was completed and it was basically a 4 foot by 2 foot pit, with river rock provided by us that requires manual ignition. Very far from what was described verbally. Get a detailed contract, don't rely on their verbal description of how fantastic it will be. Another problem I had with these builders was they failed to put any type of safety tape or anything to secure the unrailed deck and stairs! The deck, on the second level, along with a flight of stairs, were left without railings for weeks, there was nothing put to prevent someone from walking right off the edge!! There was damage to our stucco and damage to several screens as well. Also the gate we requested as a safety feature at the top of the stairs is broken. It has had a broken latch since install, despite numerous requests it has never been fixed and at this point I'm probably going to have to pay another contractor to fix their inadequate work. We paid about 40,000 for a job I feel pretty sure should have cost half of that. After paying that amount, we still have a gate that doesn't lock.

Thank you for your business and review of our company. [Member Name Removed] I believe you and I only met once or twice during the sales process and then I dealt with your husband Adel after that. Adel and I communicated on a regular basis and if there were any concerns he brought up they were addressed. I have numerous texts from Adel thanking us for our great customer service, so your review is coming as a bit of a surprise to me. First off I want to be very clear the photo you provided of the fire pit IS NOT the finished product, this is a photo you took during the construction process. Your final fire pit had a glass panel backing, cap stone, custom stainless steel pan, and a rock filler. I am the one who designed and sold your deck to you so I am not sure what "puffing" about the fire pit I did and am unclear what I promised you that you did not receive. I showed you a photo of another fire pit that we built and you received exactly what you saw the only difference being the stone on the fire pit, which you provided. We provide all the stone for the fire pits but per your request we used stone you had on the property. Someone is coming out today to address your gate not latching properly this will be fixed. This repair was scheduled 2 weeks ago and is not a result of your review. During the construction process a middle post was put in that Adel informed us you both were not happy with. This post is clearly shown on the rendition that was part of the contract signed. Between engineering, labor and the new beam, the cost for this was over $1,800. We didn't charge you anything in an effort to keep you as happy clients. The screens that were damaged I don't believe we damaged but those were removed and fixed at no cost to you. The stucco on your house was originally improperly installed around your ledger board so when we replaced the ledger it peeled off. Again we fixed this at no charge to you. Thank you for the business and I am sorry we did not exceed your expectations.
5.0

Excellent, Banell provides both 5 Star quality and service. They make minor repairs as needed and are very reliable.

We were happy with the design ideas and the presentation of pros & cons of the various remodeling options. Most of his subcontractors were excellent, showed up on time, and did not create suspicious change orders. We were a little bit skeptical of one of the subs (the framer) after some high cost change orders, but the workmanship was good. We had a little trouble with our tight schedule but Brian kept the process moving, and when there were problems (there are always some manner of problems in a construction project!) Brian handled them promptly and fairly.

Description of Work
We hired Brian to remodel our home in Lone Tree. We were impressed by the amount of work he did at the front end of the project to ensure its success; much of this work was done before we had signed a contract. Of course, doing all that work ahead of time helped ensure that he got the contract but that was smart on his part. After the remodel of the interior was completed we also hired Brian to install a new exterior deck.

Brian drew up a nice rendering on his computer and his price quote was much more reasonable than the other three we had received. His job site manager was very attentive. They worked every day and it was done quickly. They seemed to have a good relationship with the building inspectors too. We love our new. Outdoor living space!

Description of Work
We had a concrete slab on her south facing backyard. We wanted a covered patio and pergola.

The projects were completed in a timely fashion and with the utmost quality. The thing I like about Brian and team is they have a high standard of quality and won't settle. A prime example of their workmanship was when an inspector came in and said, "every time I'm called for an inspection and I find it's Banell, it's always the same quality of work and they know what their doing." I've found this to be true for all 3 projects we've used them for. I contually have people making comments about our current backyard space and our basement and the level of craftsmanship. I won't hesitate to use them in the fure if needed! Keep up the good work.

We hired Banell Custom Decks & Basements to redo our existing deck. We initially only wanted the decks boards replaced with high quality Timbertech Legacy planks. Brian Bell and team went the extra mile to not only replace the boards but repair structural issues with the framing and provide additional weather proofing to frame. The end result now compliments the home and enhances the overall outdoor living space. The pricing we received was bit more expensive than other bids we received but none of the other contractors were doing any work with the framing. Their expertise and value shined through by improving the deck for many years to come. This has been the second major project Banell Custom Decks & Basements has done for us in 7 years. This experience was just as good as the first. I would recommend them to anyone who is looking for high quality and expertise.

We called Banell and they were very responsive. They returned my calls right away and answered all our questions about our deck job. Very professional and knowledgeable. Appreciated that they they took the time to contact us during the busy season.

they came out to the house and seemed excited to work on our deck. It was pointed out that their company came out to our house prior for a quote on our basement remodel and we didn't use them, so I'm not sure if they didn't want to work for us because of this. We were told they would email us an itemized quote in a week and never heard back. I attempted to call but no one ever answered the phone. After I left several messages I just gave up and left a final message that we were didn't want their services. I won't waste my time again with this company

We are still so happy with our deck. My husband commented the other day what great workmanship they did. Actually one carpenter, Kristof, did most of the work. Amazing the custom fitting details around the stairs and railing. We recently had a big party with 50 people on the deck, very solid.

Description of Work
Built us a beautiful deck