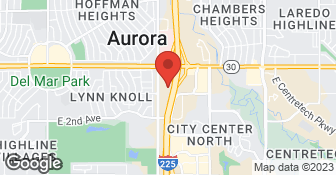 Homeowners with clogged dryer vents typically experience longer drying cycles resulting in $18-$24 more per month in energy costs. Additionally, over 15,000 dryer fires occur each year, with failure to clean being the leading factor. The trained professionals at Dryer Vent Wizard specialize in cleaning, repairing, altering and installing dryer vent lines. It’s all we do, so we have the right knowledge, tools and techniques to do the job right. An informed decision is the best decision… download our Dryer Fire Warning Signs brochure (PDF below)....

Here at Denver Duct Corp., we pride ourselves on the highest levels of professionalism and efficiency. Each spring and fall you should take time to make sure that all of your vents are ready for the vigor of the coming season. We live in a world where healthy living has become a way of life. We diet and exercise to make ourselves feel better. We have also taken on environmental issues to make our world a cleaner and safer place to live. Yet the most overlooked issue is the air that we breathe. The Environmental Protection Agency claims that indoor air has been found to be more polluted then outdoor air. Now consider on average people spend 90% of their time indoors... The fact can be quite alarming. Considering that we spend so much time indoors, it makes perfect sense to clean the source of our indoor air quality problems...Our Air Ducts..  …

Our company offers the highest quality work with reasonable and fair prices. Our goal is to create relationships with our customers that last a lifetime! For our Air Duct Cleaning we use contact machines as well as negative air machines, that break up dirt and debris with a brush attachment that allows our technicians to clean your air ducts efficiently. When hiring a company keep in mind that there are businesses out there that will tell you one price over the phone and then up sell you when the technician arrives. So if they give you a price over the phone just make sure they will honor that price when they arrive. As for our Carpet Cleaning we use a Rotary extractor which helps clean your carpets better then using a manual wand. Ask about the benefits of using our machine over the competition. Thank you for taking the time to visit our site and we look forward to servicing your home and creating a relationship that will last a lifetime!  …

The service tech was very friendly and professional. He did an amazing job because he went above and beyond what the voucher was for. He not only cleaned the dryer vent, but also vacuumed the floor around the washer and dryer and cleaned the lint stuck to my units making them sparkly clean. i will definitely use them in the future.

Description of Work
i believe i purchased this some time last year and must have forgotten to write a review. this company came out and cleaned out our dryer vent.

It went great. I think the guy was very competent and did not over charge me, which I appreciate. He let me know what the issue was before fixing it. He also recommended that I get my dryer vent line cleaned out as well as recommended a company to do this for me. He took care of my problem and I did not feel like I was being taken advantage of.

Description of Work
I purchased a Big Deal for $89.00 for Dryer Vent Cleaning.

I received an appointment within a few days. He arrived on time quickly went to work. I had several years of build up so it took longer than he expected. You should have your dryer vent cleaned annually. He offered some good suggestions to decrease buildup and increase efficiency so I replaced a few items. He was courteous, professional and focused on doing a good job.

Description of Work
Clean out the dryer vent from the dryer to the outside. Replaced hoses and outside vent to gain better efficiency.

Jason arrived on time and was very thorough. He cleaned the dryer and vents quickly and thoroughly. He even returned the next day to clean the hard to reach vents as the dryer was better but not enough after the first assessment.. I was impressed by his knowledge and attention to detail. I was also impressed that he returned the next day when the dryer wasn't quite where it needed to be, without charging more. My house has vents that have severe angles and are hard to reach, hence the second visit. The fact he came back for a second visit is a testament to his professionalism and his company's. I would use them again in a heartbeat.

Neill arrived on time and was very professional. The job was difficult because of the length of the duct work. Neill needed to replace about 12 feet of duct work because of a crimp in the duct which added another $200 to the bill that was not expected. Otherwise, the work went as expected.

We really appreciated the service this company provided and have already spoken about is company to others! A few days after the repair we noticed that on occasion the dryer needed to be restated to completely dry the load and he offered to return at no extra charge to recheck the dryer. I especially appreciated that he cleaned up after he completed his work!! few repair/techs seem inclined to do that! He was great!!! We even sent him a starbucks gift card as a token of our appreciation! Sharon Turner

Description of Work
Neil arrived promptly and diagnosed our problem with the dryer and fixed it in a timely manner. He replaced some parts that were not working.

He was early and performed work in timely manner - was very courteous and professional - very good experience. Also cleaned up afterward very nicely.

Description of Work
Cleaned dryer vents and dryer replaced tubing to bring up to code.

Above & beyond what was expected. Very friendly service tech. Great experience !!!

Description of Work
Vent cleaning as well as cleaning around dryer on floor. He also was nice enough to clean dirt & grime off of dryer. Replaced hose for lint.

Nail was on time, friendly meat. He thoroughly checked dryer and discussed vent was okay. But we chose to get it cleaned this way. He cleaned up thoroughly and everything is working great.

I initially called about getting my dryer vent cleaned. When they examined it, they told me that they could not use their high-speed brushes on the coiled vent house because it would tear it up. They told me that the current standard is rigid or semi-rigid piping. They sent someone to give me an estimate. In the end, the amount I paid was about $100 less than the estimate because they did not need to replace the external vent on the roof. The work was carried out expeditiously and any resulting mess was cleaned up before they left. They found that my old coiled vent hose had split, resulting in the deposition of a lot of lint inside the wall--which could present a fire hazard.