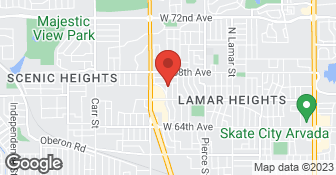 William and his crew are great. Timely, professional and good prices. I ordered 3 dumpsters from them over the last 3 months and it was so easy which is why I continued to order from him. They have your account looked up within seconds after you call and the order and confirmation takes literally 2 minutes and someone always answers the phone or email or text! My kind of company - when I decide to order something I want it done - don't want to play phone tag. They are doing a great job at customer service!! Look no further!

These guys were awesome! What I originally thought was going to be a single 10 yard dumpster turned into four dumpsters due to the amount of concrete I had to remove. These people were extremely professional, accommodating and prompt. They did everything they said they would, exchanging full dumpsters for empty ones quickly, and even staging two units at a time for my convenience! They were able to work on my schedule and switch units out expediently even though (on at least one occasion) they had to juggle their schedule to serve me. That level of customer service tends to be a lost art. I highly recommend them.

Great. Gentleman that delivered was very personable. Instructed me how to open doors.

Our closing on a home we were selling was moved up. On Sunday night I found out the new owners would be moving in on Tuesday. Monday morning I started scrambling to find someone who could provide a dumpster so we could clean out the house. I talked to Steve Sullivant and he was able to deliver one that same day .... amazing! We agreed he would be there at noon. He was early and we weren't there so he called. It would take us about half an hour to get there, so he said he would just leave it and discuss the payment method later. I had told him we would give him a check when he delivered. The price he quoted included all taxes, etc. I talked to him later that afternoon and he said to just give the driver a check when he picked it up. Very accommodating. I asked him if they could get it fairly early on Tuesday as the people were moving in in the afternoon. He was there by 9:00, I gave him the check, and off he went. The dumpster was 14 cubic feet and was the perfect size for us. This couldn't have gone any better. Steve was so friendly and responded immediately to everything I asked about. Will definitely recommend this company to anyone who ever needs dumpster service.

Description of Work
Dumpster service for move-out of home.

12, 20 and 30 yard Roll-off Dumpsters and Portable Toilets. Serving the Greater Denver Area for 25 years. We are a family owned business with Dumpster Roll Off Container and Portable Toilets available now. We specialize in all types of projects, home remodels, construction sites and general clean up. Our portable restrooms are clean, fully stocked with toilet paper and hand sanitizer.  …

We specialize in removal of all unwanted items, junk hauling, yard debris removal, trash removal, and more! We guarantee your satisfaction, and we won’t leave until the job is done right. We pride ourselves on the quality work we provide, while delivering great customer service! Check out all the services we offer below and call -or- click to schedule a free estimate today!  …

Junk King Provides a full range of junk removal services to customers across the Denver metropolitan area. We service everything between Castle Rock and Brighton. Junk King offers same-day services that includes ALL LABOR, vehicle expenses, dumping, and recycling fees. Our prices are simply based on the amount of volume your items take up in our truck.  …

Frequently Asked Questions & Answers about Bin There Dump That

How is Bin There Dump That overall rated?

Bin There Dump That is currently rated 5 overall out of 5.

What days are Bin There Dump That open?

Bin There Dump That is open:

What payment options does Bin There Dump That provide

Does Bin There Dump That offer free estimates?

Does Bin There Dump That offer eco-friendly accreditations?

Are warranties offered by Bin There Dump That?

No, Bin There Dump That does not offer warranties.

What services does Bin There Dump That offer?

Are there any services Bin There Dump That does not offer?