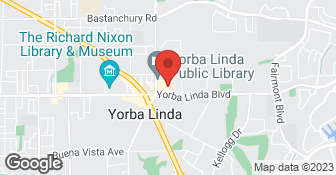 Even after I tried resetting our garage door motor (it has 20+ years of use so far), it still continued to close partway and then suddenly reverse direction, fully opening. Since I was not sure if repair was possible or we needed a new motor, I called Sunwest to have a tech come out. They gave me a time frame of when their tech would come out and also gave me a call to inform me that the tech was on his way on the day of my appointment. Their tech explained the different types of issues that can happen with Martin garage doors/motors (what I currently have) and gave me different repair options. Based on what he told me, I chose what I wanted to have done and asked him to write me up an estimate. He took measurements and gave a detailed estimate of the repair options I requested. At no point did I feel as if he was a hard sell or trying to steer me into replacing the motor (even though I asked him to include an estimate on what that would cost. I liked his transparency in trying to help me solve my problem which was getting the garage door working again. Rather than spend time calling up other garage door repair companies to get other estimates, I hired him on the spot. He did excellent work and thoroughly cleaned up afterwards. He also gave me good information on lubricants and where to lubricate the garage door for maintenance. [Update: 06/18/2018] A family member was backing a car out of the garage and ended up hitting one of the sensors with the left front tire, resulting in a bent bracket and the sensor being out of alignment with the opposing sensor. I made an appointment to have the bracket and/or bracket and sensor replaced. Once again, they gave me a time frame of when they'd be out and sent a text letting me know that their tech was leaving for my house. The same tech as before arrived. He checked the sensor that was hit to make sure that it wasn't damaged and ended up just replacing the bracket with our existing sensor. Since the amount of time between service calls (about 2 1/2 months) was rather short, even though there was absolutely no negligence on the company's part, the tech gave me a discount on their normal service charge (the final cost was $55). While I am grateful for the discount, I appreciate their professionalism, quality workmanship, and honest way of doing business.

I wanted to replace our old noisy garage doors. I talked to seven or eight companies and had four companies come to the house. Phil from Sunwest was very friendly and informative. I did a lot of research and then decided on Sunwest. They installed two premium garage doors with all the hardware including two LiftMaster 8500 wall mount openers. I'm very satisfied with the excellent product, service and price I received. My new garage doors look great and are very quiet. I would definitely recommend Sunwest!

Excellent. Would hire again and I did - to service garage door rails and hardware.

Replaced motor on 2 card garage door, replaced broken wheel rollers, grease, set new remote, also helped me to re-set old remote to use on one car side of door. William arrived on time, all the needed parts were available, job was completed in 2 hours, no mess, very professional and nice.

They came on time, excellent service. I am very happy with them.

Description of Work
I purchased two offers from them, one to install a Liftmaster garage door opener, and another for a garage door tune-up with roller replacement.

Was late and I wasn't notified until I called them, but once here completed quickly and professionally.

I ordered a deal for a garage door service from Sunwest Garage Service and went to their website to schedule the service. My last experience with a garage door company was awful. Nobody every responded to my or to Angie's when I filed a complaint. Sunwest was on top of things.I had a friendly email back within 15 minutes of my asking for a scheduled date. They told told me they had availability the next day ( Friday) and they would be calling before the technican came over. Sure enough, at 9AM I had a call saying they would be there in 30 mins. On time and with a super attitude, Phil Cabral showed up at my front door. He looked over the door, was surprised that I had been lubricating my door and was able to give me very detailed information about the current door model and make. He had the rollers replaced in 30 minutes with the track lubed and everything checked out. He gave some advice on getting new springs, not that I needed them but they would be useful in reducing the load on the motor. Kudos for not trying to upsell me on the spot the springs. I asked about replacement panels ( I have kids who play soccer in the street and things get a bit crazy sometimes) and he was able to answer all my questions about that type of repair. I had absolutely zero issues with Sunwest ( aka Phil )'s work.I wish more vendors were like this.

Description of Work
I had Sunwest Garage Door Service come out and replace all the rollers on my doublewide rollup garage door, lube everything and check out the overall health of the unit.

Excellent. I've been using the services of this company for over twenty years. Originally known as Western Garage Door, they were purchased by Sunwest. Service continues to be first rate.

Phil provided excellent service. He is very knowledgeable. Provided detailed information about the type of door we have.

Description of Work
The screws holding the wood panels were loose. Any attempt to tighten the screws resulted in the screws just spinning and would not tighten. Phil fixed the problem so the screws can now be tightened. Door parts were lubricated and the limits adjusted.

Working Phil was great. Communication was excellent. At no point did I feel like he was using terms that I didn't understand and made sure I knew exactly what was being purchased and why. I obtained several quotes and Sunwest was competitively priced. I went with them because of their communication and excellent reviews from previous Angie List members. There is a reason I pay my yearly membership fees with Angieslist and finding Sunwest on here is prime example.

First contacted Aja for an appointment. Was very professional and courteous. Setup service call same day between 3:00 and 7:00. Kept me up to date throughout the day on the appointment schedule. Phil arrived when promised and was friendly and professional. Advises that the main gear needed to be replaced without pushing any other products or services. Was very knowledgeable. Checked the rest of the door, springs and lubricated the hinges. Excellent job and will use this company in the future.

Same day service, punctional to appointment time, advised without pushing more services. Explained what our problem was, how long we can expect the repair to last, completed the job in less than an hour. Very friendly and found repair cost to be fair.

They were prompt with the appointment. I mainly wanted to reassemble the rail, pulley, and springs plus add a motor to the single garage door that's been shut for couple years. Secondly I wanted to make the working 2 car garage door more quiet. They offered a commercial grade motor or install my Lowe's residential grade motor. They also advised that the other noisy door's springs and pulleys should be installed differently to reduce friction and wear. They gave me a written quote and there was no pressure to take the deal right away. This is nice. I presented a competitor's quote which was about $100 less for installing my Lowe's bought motor. Unfortunately, they honestly couldn't match it. I thought it was fair. Overall, I think this company offers good service at reasonable price. They could be out priced for certain projects by a bit if you wish to shop around.

Description of Work
I have a 3 car garage. they came to estimate the reassembling of the singe car garage door and maintenance on a 2 car door.

I felt that the representative, Phil, gave an honest overview of the garage door replacement that would best suit my home. My old door was damaged (two of five panels), thought a simple replacement would do, but after a reasonable explanation of the damage and the replacement costs, I felt good replacing the entire door (the additional costs was minor for a new door compared to replacing two old panels). He was very punctual (arrived a few minutes early); estimate time of repair was a few hours (and was completed within that time); the door came with one wrong panel which he quickly called his company, got and replaced the wrong panel very efficiently...he explained and was apologetic and completed the job much to my satisfaction. His workmanship was excellent, efficient, clean and he explained proper use and maintenance. I am very happy with him and his company.

Very well. Gave an accurate estimate before worker came to house, estimate was correct, work was done professionally and to my satisfaction.

They were responsive and on time, and they explained their work. The person who came out was meticulous about his job; he did his job in a slow and deliberate manner, and he made sure that everything was aligned. Normally the guys, who come out to do their job, do it real fast and rush off to their next call, but this person was very careful about everything that he did. He even removed the old wires that really didn't need to be removed and installed new wires.

OVERALL WE WERE SATISFIED WITH WORK. THE INSTALLERS WERE ON TIME FOR THE INSTALLATION AND THE WORK WAS COMPLETED QUICKLY. MATERIALS WERE NOT AS GOOD AS WHAT WAS REPLACED IN TERMS OF SERVICE DUTY/RATING BUT DOOR WAS REPAIRED AND OPERATES WELL. PRICE SEEMED SLIGHTLY HIGH.

we appreciate you taking the time to rate our company. Since performing the work for you in July, 2000, we have come under new ownership, and are always striving to use the best products available, even for the older style "one-piece swing up doors" like yours. We look forward to being able to meet your needs in the future, should the need arise.

We specialize in garage door installs, repairs, maintenance, garage door opener installs, and more! We guarantee your satisfaction, and we won’t leave until the job is done right. We pride ourselves on the quality work we provide, while delivering great customer service! Check out all the services we offer below and call -or- click to schedule a free estimate today!  …

Here at L&S Garage Door our intention is to provide quality work with honest pricing. We want L&S to thrive on word of mouth, positive feedback, and strong partnerships in the community. L&S Garage Door will always be a company with strong integrity and remarkable customer service.  …

SUNWEST GARAGE DOOR is currently rated 4.8 overall out of 5.

No, SUNWEST GARAGE DOOR does not offer free project estimates.

No, SUNWEST GARAGE DOOR does not offer eco-friendly accreditations.

No, SUNWEST GARAGE DOOR does not offer a senior discount.

Are there any services SUNWEST GARAGE DOOR does not offer?