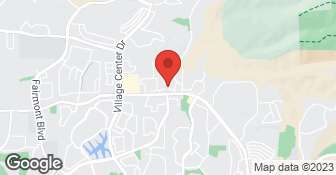 Gerber Concrete Services proudly services the Orange, Los Angeles and Riverside county areas for the concrete pumping, pouring and cutting business. Gerber Concrete Pumping Services is dedicated to providing the highest quality concrete services available. We specialize in a wide range of concrete services, so you can rest assured that your project will be carried out and supervised by the very best. Gerber Concrete Services will work with you from start to finish to ensure that the project is completed to your satisfaction and within your budget and schedule. Whether your needs are big or small, simple or complex, we have the expertise and knowledge to execute the job in a timely, professional manner. For more information or to schedule a free estimate, please contact us today at 714-999-0110 and find out why we’re the right choice for your next project. 8 employees; No subs. Cost is determined by the job. No travel charges. No service fees. No extra charge for after hours service. May contact through email. COD & Account options are available....

We hired Dan and the project turned out even better than we had hoped. But it wasn’t just the final product that we appreciated. The guys were prompt, worked hard and efficiently together. We noticed that they had a great attitude and were respectful to not only us but to each other. It’s the little things like arriving on time and cleaning up after themselves every day, the attention to details like brick design and angles for optimal draining and problem solving when giant tree roots get in the way! They truly did a great job every step of the project. We will recommend Dan and his company to anyone looking for a concrete job of any size. Cannot go wrong! Thank you so much, we love it!

It was amazing the amount of force Dan scheduled for my project. His crew followed the schedule and were on time each and every day until the project was complete. They also own their own concrete numbers and trucks so they don’t have to depend on sub-contractors. We also had a major rain event during demolition and his crew protected the work area and we did not have any problem with runoff from the site. I was in construction project management for over 25 years and I would have to say they are one of the best contractors I have ever worked with. I don’t really recommend contractors to neighbors or friends but I highly recommend Gerber Concrete. The project was of high quality at a very fair price.

Work was done quickly, professionally, and at a fair price.

Description of Work
Level and concrete side yard

It went very well and the finished product is excellent.

Project went great. The team showed up on time and completed it within the specified time (1 day).

Description of Work
Concrete for side yard that was previously dirt

Dan was very responsive and his quote was competitive. His crew showed up on time every day and was very professional and polite. Dan and his team worked through a couple of changes on our design and we are very happy with the result.

It went GREAT! The crew was incredible. I cannot believe how seamless it all was.

Description of Work
We replaced and extended the existing driveway including the curb extension and added RV parking in the side yard of the house. This was a LOT of concrete.

Dan and his crew were great, quality work and attention to detail.

Description of Work
I had a foundation for an addition to my home and some flatwork done after the addition was completed.

I was referred to Lifestyle Concrete from a friend of mine. I called Dan and he called me back right away. I had a small job in relation to his other business. He met me right away and completed the job the next week. They did an awesome job and the price was very reasonable. I will definitely refer Dan and his company and use him in the future!!

Description of Work
Removed part of a contrete patio to repair an underground drain. Re-routed and replaced the pipes and re-poured the contrete patio.

Great! Dan and his crew were professional, punctual and pros. Work turned out gorgeous. I will only be using, and recommending Gerber Concrete from here on out.

Excellent. Great price and great quality, very happy with the work. Even added a few items after original quote and price was more than fair. I highly recommend Gerber Concrete and would hire them again.

The Gerber team did great in all facets of the job. I couldn't be happier with how the project was executed.

Description of Work
We had a concrete vault poured to surround a hot tub and support a redwood deck.

Contacted Dan and talked about my job. Its an insurance job and need estimates to provide to them before work can continue. He said he would provide an estimate. Sent him and email with all the information and pictures. Then I get no response back. Contacted him again over a week later and now says he's too busy, wont bid. Lack of professionalism. Why tell me he'll do it, and then not get back to me. I even asked up front if its too small and if he was interested. Total waste of time, would not recommend or contact for any future work.

Description of Work
Someone hit a fire hydrant in front of my house and damaged my driveway. I needed a portion of the concrete removed and replaced, as well as some based laid out for synthetic grass in the same area.

I am sorry. I was overwhelmed at the time. I will take this criticism and apply it to my future work.
5.0

Gerber Concrete Services is one of the better contractors I have worked with. Dan is amazing! Responsive, patient as we decided what we needed done, on time, great communicator. If you need any sort of concrete or masonry, call Dan at Gerber Concrete. Dan, Thank you so much for all the research you did to make our project perfect. Your entire team was just awesome. Any concrete work we do in the future is coming to you!

Contacted Dan last year and got an estimate. When we decided on the work he was a little backed up due to the rain so we penciled in. Once work began it went very swiftly. His foreman (Miguel) was amazing and very responsive to changes if things weren't done precisely as I had wanted. They set up the side yard and driveway to drain properly, and included drains to the street where necessary. After 2 disastrous concrete jobs from other providers, I finally have someone I will use again and refer to others. My neighbors are already approvingly looking into their own work.

Description of Work
Driveway extension and re-concreting of side yard

Description of Work
Poured concrete walkway on side of house and extended driveway. Also installed drain.

Dan and his crew have been very professional throughout the entire process despite a few hiccups. Highly recommended. Thank you.

They did a great job and finished on time.

Description of Work
Our garage floor was cracking apart. The floor was removed and cement was re-poured.

Dan was very professional. He worked with my schedule. His employees were prompt, courteous and efficient. Cleanup was great, as well. I'm very happy with the work.

Description of Work
I needed my concrete driveway replaced

Pros, He was very fast and was able to start the work within 1 week of signing the contract. The price was reasonable, and he delivered what he promised. They did everything by hand, so they were careful not do damage my existing concrete and supply lines. Cons, I would only recommend using this company if you have time to supervise the work, or are in a hurry. This is because the actual contractor is rarely there to supervise. Instead, you will mostly be working with his foreman who does not speak the best English. I had civil engineering plans drawn up for the job, but it didn't seem to matter because I still had to spell out how I wanted things done. Fortunately, I have some construction experience and I work from home, so I was able to correct some mistakes before they were made. They did still make one mistake by not sloping my parking curbs the proper angel which is standard for anyone that knows what they are doing. I missed this, but if the contractor was there to supervise and had read the plans, they would have gotten it right. In the grand scheme of things it's not that big of a deal, and overall I feel they did a pretty decent job. There is quite a bit cracking and a lot of micro cracking, but it's my understanding that this is normal and I do have expansive soil, which compounds the problem. I have been told by engineering that if I want to avoid cracking I would have to dig down quite deep and then compact the dirt very well, which can be rather expensive.

Description of Work
Concrete work for 3 parking spaces in the back of my house, and concrete for drainage in the front of the house.

Dan is a knowledgable pro. His guys were great and extremely hard working. They were masterful at their craft. The job was done on time, on budget, and met all expectations. Use these guys if you want a job well done at a fair price.