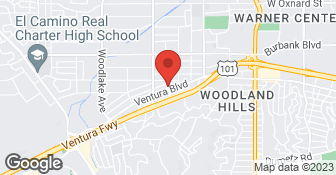 I highly recommend Audio Pro Direct and Michael B. Background: I had an old circa 90s wired alarm system in my single-family house. This alarm system was hard-wired to the landline phone for the purpose of making automatic outgoing calls to a monitoring station in the event that the alarm went off. I wanted to upgrade the system. I did my research using Consumer Reports and others and decided on Ring. I already had an outdoor Ring camera. Ring also has an upgrade path, allowing you to reuse existing wired sensor zones by connecting them to their retrofit kit. This was the deal-clincher, as many of my wired sensor zones are for alarm window screens -- special window screens that trigger the alarm when removed or cut. I did a search for independent low-voltage electricians who would feel comfortable doing the retrofit and the rest of the Ring alarm installation: the base station, the motion detectors, a few new wireless sensors, and a few new glass break sensors. Mostly the retrofit, as Ring components are in fact easy to install by consumers with basic handyman and computer app skills. The retrofit was beyond my capabilities. Surprisingly, the search (here on Yelp and on other sites) did not turn up many results. Most did not respond to my inquiries. Many/most security businesses will only deal with one or two security system vendors. Almost no one had experience with Ring. Audio Pro Direct responded quickly. I spoke with Michael the principal and described what I needed. He had experience with the Ring retrofit kit. I sent them a detailed list of components I needed installed. They sent me back a proposal. The whole thing was very professional, as you would expect from a contractor, from start to finish. Michael came out and got a first-hand look at the existing system. The day of the install went very well. I should note that it is super important as the client to know how you want things done, such as where to mount/install components. Most details were discussed in advance. I communicated a few details and they did as I asked. There were a few outstanding items that needed to be fixed (dead landline phone line and placement of a few sensors), and Michael's installer technician came back a few days later and took care of these.

[Member Name Removed], we appreciate you taking the time to tell us about your experience. It was an absolute pleasure working with you! Thank you again for giving us the opportunity to take care of your needs. Looking forward to working with you in the future again!
5.0

Our DirecTV went out unexpectedly during the record rain of December 2021. DirecTV corporate was backed up and our family was extremely frustrated being without TV for a week. I frantically called Michael and even though he was out of town, he picked up the phone and immediately referred me to an amazing professional he works with named Scott who came by the next day to fix the problem. Michael is responsive, polite, and truly cares about his customers and takes tremendous pride in providing the best service possible. You won't be disappointed.

APD was initially hired as subcontractor to run all the low voltage wiring in my new home construction. I was so impressed with them, that I decided to use them for all the finished work as well. Michael and his team came up with great solutions to some difficult setups. We needed a remote AV cabinet in the basement to feed a 1st floor Family Room surround system setup with multiple inputs running from both locations. APD selected, installed all the equipment, and programed everything in a simple manner so that my children (and even my wife!) can run the remotes. He installed and wired the AV systems in other parts of the house. He also installed the wiring for our security system, including cameras covering the entire house exterior. I can't go into pricing detail as it was split between the general contractor and working directly with APD on the finished work. I can say that he is very competitive price-wise, understands how to work with a budget, and never attempts to up-sell you. Follow up has been great. We recently cut the cord (now streaming only) and they came right in and reprogrammed everything. I highly recommend Audio Pro Direct.

Description of Work
Audio Pro Direct (APD) did all the low voltage wiring and finished AV work for my new home construction.

Description of Work
advice -- very helpful and without angst

Audio Pro and there amazing crew did my smart house project. They installed Landscaping lighting front and back, smart switches around the house with timers, smart thermostat for the AC and sound system. the quality of the components they use are highly rated and function perfectly. I am very much enjoying the system and Miki is always available give support where needed. Prices are reasonable and I've done my research before it's just so good to work with professional don't have the time the patience to give their customers. Highly recommended.

Description of Work
Setting up TV and Sound

I decided to install new Security cameras on my home because my I wasn't satisfied with my old system. I heard about Audio Pro Diurect from my business partner and I checked system and his house and it was excellent so I called them. We set up a meeting and technician came to my house and we disccused about a project. He was very knowledgeable and professional and we made a deal. Severa days after that technicians installed security system. I was more than satisfied with it, very modern, easy to use, just perfect. Thank Audio Pro Direct Inc, I will highly recommend this service.

Description of Work
Michael and his crew pre-wired our new construction house everything went well with scheduling and follow-up on each stage which is very rare to find these days!!!

Very successful. Michael is very knowledgeable and responsive. Based on my budget he was able to recommend the right systems for my house. He was very good about communicating and coordinating his scope with the rest of the subcontractor doing work at the house. I highly recommend his servicers.

Great. Would strongly Recommend audio pro direct to any of my friends or family.

thank you [Member Name Removed] for the reviewI !!! we really appreciate the business and your kind words.

Ask about our newest promotions! 10% off all Labor (up to $1000) and 20% off all speakers! Were a full service audio and video contractor specializing in home theater sales, setup, and installation. We can provide you with almost any name brand equipment at a competitive price and with a full manufacturers warranty. We offer same day appointments if available and do service calls as well. We're a licensed and insured contractor and we do our best to answer our phones.  …

High Tech Services, is a family owned business by Professipnal people who have more than 25 years of experience. We Serve both Residential and Commercial Clients. Our services cover but not limited to HVAC and Electrical . Additional phone number 8187893081 3104828481  …

B.K. Electric has been business for 30 years family owned and operated. We are serving the Conejo Valley, Ventura, Westlake Village, Agoura Hills, Oak Park ,Malibu, Santa Monica, and San Fernando Valley. We offer Free Estimates, The Company owner will do every estimate and do most of the work, and will be at every job to make sure all are clients are satisfied.  …

Audio Pro Direct Inc is currently rated 5 overall out of 5.