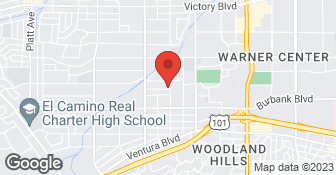 Do you have bees in or around your residential or commercial property? Why pay large-extermination-company prices when you can have expert service at a bargain price? Call A Bee King for a free consultation and / or on-site estimate. We have years of experience safely removing bee swarms, hives and honey from residential and commercial properties....

Bee N' Wasp Nest Removal Service, an owner-operated company, proudly services South Bay, LA, Log Beach and surrounding areas. Bees and Wasps are as dangerous to some as they are irritating to others...give us a call so we can help control their population in your area.  …

A1 Termite and Pest Control

CALL NOW FOR A FREE LIVE QUOTE!!! OFFERING 10% OFF IN SUMMER 2019! Termite professionals at A1 Termite and Pest Control will take care of all your termite and pest control problems. Located in Los Angeles, CA we offer extremely effective termite services for both residential homes and commercial businesses at an affordable price. We will perform a free termite inspection of your premise to determine what type of termite infestation you have, how bad it is, and if they caused any structural damage. Our experienced pest exterminators can even provide repairs for damage caused by dry rot, termites, and fungus. We also perform pre-purchase termite inspection for homebuyers and pre-selling termite inspection for sellers. Just let us know how we can help! Professional Termite Treatments from Experienced Exterminators. We are serving Los Angeles, Orange, portions of San Fernando, Riverside and San Bernardino counties since 2005.  …

1. He was always prompt, and conducted a through inspection before quoting a price. One of the colonies was in the ceiling, had been there several years, and was huge. I got estimates from 2 other companies, and one did a cursory inspection and told me he had to dismantle the chimney [not true, that was not where the colony was!]; that quote was FIVE TIMES MORE than A Bee King. 2. Jesus came when it was convenient for me to be at the house, and did the work pretty rapidly -- although it took almost 5 hours because of the scope of the problem. 3. He got rid of both hives, and all the bees, then came back TWICE in the next 4 days to make sure all the bees were gone. They were. 4. Even though the work was MUCH more than he expected, he honored his estimate [in contrast, one of his competitors actually tried to jack up the estimate before he even began work, so I told him to leave, and then found A Bee King]. EXTREMELY SATISFIED WITH THE WORK, THE ATTITUDE, AND THE PRICE.