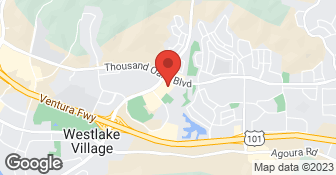 Avi Yardeny, the founder and the owner of ARY Construction, Inc., has over 20 years of experience in planning, designing and management of residential and commercial construction projects in the US and abroad. As an Industrial Management Engineer, Avi’s professional portfolio includes variety of executive positions such as Logistics Manager at Intel, Construction Project Manager at Ben Gurion International Airport, Leading Project Manager at a large factory, Logistics Manager at an electrical firm and more. This multifaceted experience and a vast knowledge in the field of construction and project management enable Avi to plan, build and supervise diverse residential and commercial construction projects in a professional and efficient way. Avi and his team of craftsmen are there by your side, every step of the way, from the moment you envision your dream project until the moment you look at the outcome with awe and satisfaction....

I left him a voicemail and he got back to me within two hours. They answered my question about a paint color and a recessed light bulb. He was very helpful. He's a really solid guy. I'm saving up for him to come redo my bathroom.

Description of Work
I reached out to him to ask about what light bulbs they used.

It went well, we are not only newly wed but first time homeowners and Avi from ARY understood that, he was very cautious with any changes of the original plan. He kept all promises that he made during the initial bids. ARY's crew came in demoed and started right away. Most of the time construction was delayed due to us having to make decisions as first time homeowners. We had windows changed, paint, plumbing, flooring even some light concrete work. All in all we are very happy with the work. Everything was within budget and was completed correctly. We had a few little bumps in the road but that's normal in a project of this size. We are happy and living in a beautiful home.

Description of Work
Remodel of the downstairs area, including a full kitchen remodel.

They were okay. On a scale of 1-10, I'd give them a 6. They did a good job; it's just they didn't supervise the work very closely so they had to fix things, which they did readily. Also, there wasn't a lot of respect given to working in the house. I would use them again on a limited basis but nothing this large.

Description of Work
I used them for kitchen remodel, steps and drywall, electrical remodel.

We've used Ary Construction on a prior job for a bathroom remodel that couldn't have gone smoother or went better. I've written a glowing review already. When we decided to replace our old wrought iron banister and put new stairs on, I didn't even shop around. Avi, the owner of Ary Construction, is easy to deal with, honest, and best of all, he's creative and has such pride in his work. The banister job went even better. We replaced the old wrought iron with a modern looking iron and steel, rounded corners that fits our house perfectly. Avi went out of his way to procure 2" thick solid walnut treads and stain them to match our hardwood floor. They are sturdy and look awesome. He even suggested a paint on the banister with metal flecks in it that would give the stairway a pizzazz that I wouldn't get with a normal color. My guess is that the money we spent on the banister will come back 4 to 5 times more when we sell this house in a year or so. I enthusiastically recommend Ary Construction. Unparalleled.

thank you for your kind words. Avi
5.0

Description of Work
They removed acoustic/popcorn ceiling. They installed recessed lighting throughout.

A pipe broke in our upstairs bathroom one morning, pouring water into the kitchen below through the ceiling. I called Avi of ARY Construction and one other highly rated contractor, and left voicemails for both at 7:30 am. Avi called me back promptly at 8 am (the other contractor never did return my call). Avi came out later that morning and looked at the damage, and gave me a fair estimate to repair it and remodel the bathroom, which we had planned to do anyway. He pulled one of his guys off of another job and took out the wet drywall from the kitchen ceiling, but they couldn't access the source of the leak (which by then wasn't actively leaking anymore because it turned out to be the shower drain). They came back next day and got right to work. Avi originally estimated 3 weeks to finish (the bathroom was torn down to the studs and rebuilt). He said he may be able to get it done in 2 weeks, but would not commit to something he wasn't 100% sure he could accomplish, which I appreciated. Since this is our only bathroom for a family of 4, our insurance company moved us into a hotel while the bathroom was remodeled/repaired. Avi knew we wanted to get home as soon as possible, and his crew was so efficient and hard working. Despite some unforeseen events (bathtub delivered with a flaw so Avi sent it back for a new one; they discovered another leak and major subfloor damage), Avi and his crew managed to finish in under two weeks! We were thrilled to get back into our home even sooner than anticipated, and with a gorgeous new bathroom! Avi's crew was consistent; the same guys were there every day except for a couple times when specialists came in for certain tasks. His crew were always on time, polite, and accomodating when I kept nit-picking and wanting to change little things. They just keep going until everything was perfect! Avi is absolutely wonderful! He is very punctual, and super easy to get ahold of. I could always get in touch with him no problem, and he called me to keep me updated on progress very consistently. He is the sweetest guy; he even installed a new kitchen light fixture for us for free. He throws things in here and there for us, without nickel and diming everything. We did end up paying slightly more than the estimate, but only because they found a slow leak in the plumbing in the outer portion of the bathroom (dressing area), and they had to remove and reinstall a vanity and built-in cabinet and replace the subfloor and plumbing in there. But Avi charged a very fair price for that, considering it added materials and labor to the project. We've been very happy with Avi and ARY Construction, and look forward to working with him again on our new house.

Avi arrived on time for the estimate, offered good suggestions and gave us an estimated price for the project we felt was very good. His crew started work a couple of weeks later and I was very impressed with the professional way they worked the project, always arriving on time, working hard through the day and cleaning up at the end of each day. Avi was on hand every day to be sure everything was being done on schedule and to my satisfaction. Avi had originally quoted a 3 week completion but with some great planning and extra effort was able to finish in 2 weeks. We are extremely happy with the overall results of the remodel and would highly recommend ARY Construction for your remodeling needs.

Description of Work
We had ARY Construction do a complete remodel of our main bathroom. They removed everything in the bathroom to the framing, replaced some suspect framing, replaced all of the old galvanized pipe with copper, added recessed lights, new fan, installed new drywall, new tile on the floor and walls around tub, installed new tub and fixtures, toilet, vanity and overjohn cabinet. Sprayed new texture on walls and ceiling and applied paint.

After getting several quotes and reviewing several companies, I decided to go with ARY construction for the work I was contemplating. I was not disappointed. The advice I received on this project was excellent, and Avi, from ARY Construction was very responsive, knowledgeable, and easy to work with. The crew was efficient and professional. Although I added several more lights than I originally contemplated, I'm glad I did it right as the look and feel of the place has totally transformed. During and after the job, Avi was very responsive in a timely manner to all of my questions. Based on my experience, I would highly recommend ARY construction for your next project.

Description of Work
All "popcorn" was removed from ceilings, ceilings were painted throughout my home, and downstairs was painted including kitchen. In addition, kitchen fluorescent lighting and encasing was replaced with modern lighting and updated encasing. 14, four-inch recessed lights were installed with dimmers as well as 6, 6-inch lights in kitchen (4 with dimmer), and three 6 inch recessed lights in hallway and entry area. A ceiling fan was also installed.

Locally owner business with over 20 years of experience. Passionate about serving our local community and continuing to deliver great customer service. Look forward to working with you and your home endeavors to make the house of your dream.  …

How is ARY Construction overall rated?

ARY Construction is currently rated 4.9 overall out of 5.

What days are ARY Construction open?

No, ARY Construction does not offer eco-friendly accreditations.

No, ARY Construction does not offer a senior discount.

Are warranties offered by ARY Construction?

What services does ARY Construction offer?