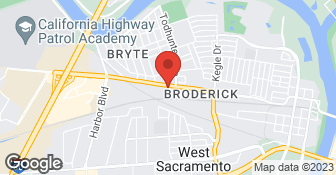 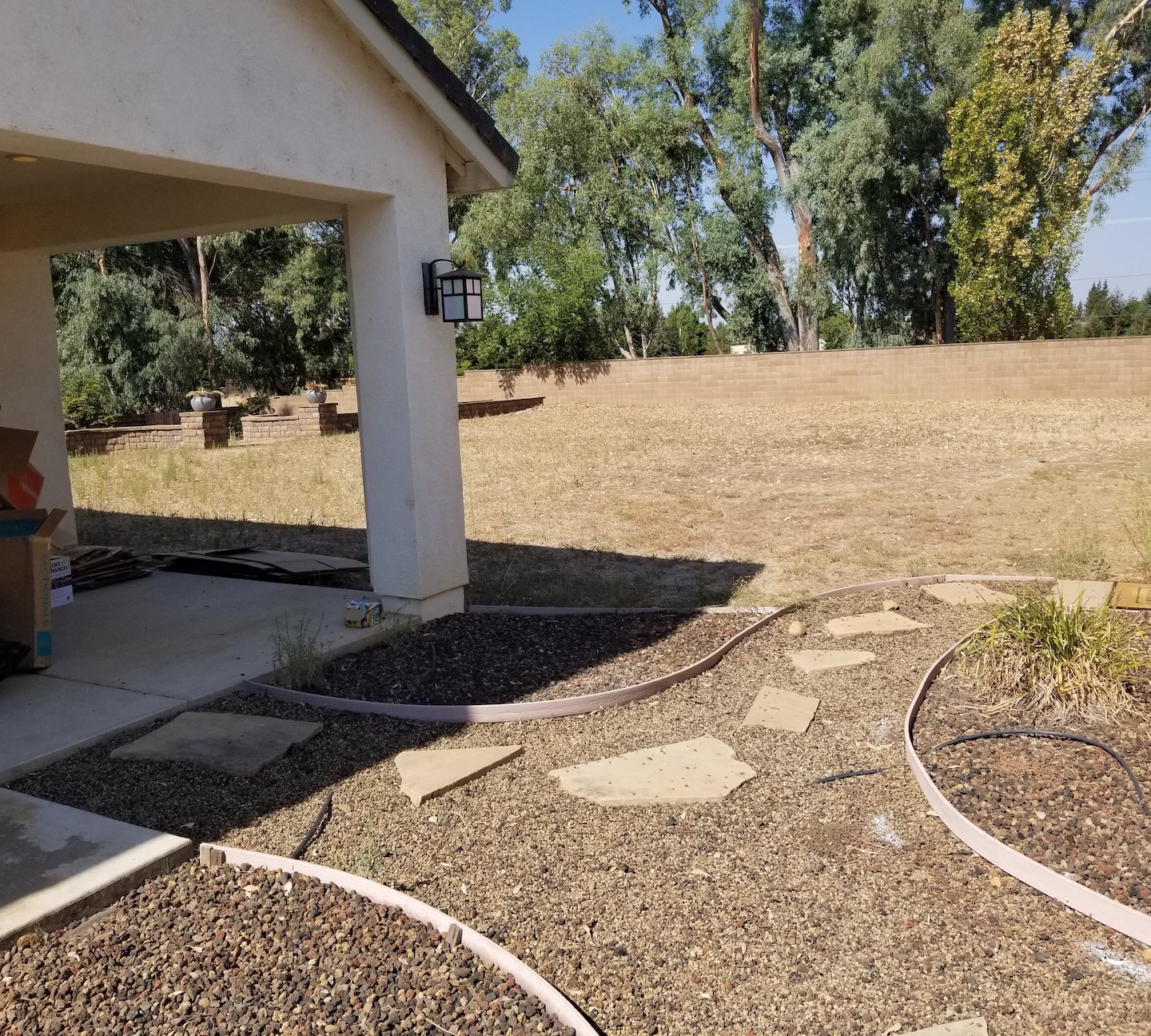 I would absolutely recommend Alex and his crew for landscaping. He was very attentive to our landscaping plan but also suggested changes that made it better. He delivered a beautiful front yard under budget.

My extensive project entailed new sod, irrigation, plantings and rock in the front yard. In the back yard, demo of a small patio, and pouring of a huge decorative concrete surface, plus new sod and irrigation. I plan to hire Alex next year to revamp the flower beds in the back as that piece had to wait. Alex and his team were absolutely outstanding. Attention to detail, such as the drainage system, and overall expertise resulted in a complete transformation. Pricing was competitive. Alex was very pleasant to work with. He listens and offers professional guidance. I highly recommend Hermanos Flores Gardening.

Overall, I would say it’s a vast improvement from what it was previously. Saturday the team arrived and left without any notice so we had assumed the job was completed, despite us having a few concerns with the finished product. My wife had emailed after the initial estimate and asked that the adjoining island not be touched since we had recently learned that our neighbor had recently put it in. Luckily, I caught it early enough and your team was able to restore it. By the late afternoon, they had left and we figured that that was the extent of the clearing that would be done. As such, I went ahead and started to work on the yard since there was still quite a bit of debris (rocks, the tree stump, bark, a bush, etc). By the end of the day, I had already filled up our waste bin with what was remaining and I still had not finished. Additionally, I removed a bush on the front of the house that they had left as well. It was a pleasant surprise when we heard someone on Wednesday and realized they were tilling the yard. While the remaining debris is likely tilled into the soil now, it still looks much nicer overall, and after he did later check in with us it was graded well, and we were initially very happy it was done. Unfortunately, during the process the tiller ripped out and shredded the irrigation pipes that I was planning to add onto for our irrigation system. I have not assessed the extent of the damage, but I can tell it broke off some of the PVC pipe that is in the ground under the concrete walkway leading to the porch and under the sidewalk. We discovered this due to the shredded pieces and noticed a deep puddle was surfacing on our yard. During the tilling process, it must have ripped off the pipe leading from a sprinkler drip system underground. We are still happy that the work was done, but we wish the project was supervised and that there was a final walkthrough (as mentioned in the estimate) that would have allowed us to avoid these issues.

We found out about Hermanos Flores Gardening on Angie's List and his website. We chose Alex because of his outstanding reviews. Alex designed our front yard landscaping. Our front yard was over 40 years old. He and his crew cleaned up, removed old shrubs, removed a large tree stump, and removed overgrown ivy from a tree and the front of our house. He trimmed five overgrown bushes that had grown over seven feet tall. He hauled away all debris. He installed a drip system for our plants. Alex was very prompt, very fair in his bid, and did an outstanding job. We are very pleased with his landscaping work. On a scale if 1 to 10 with 10 being outstanding, I would rate Hermanos Flores Gardening a 10++.

Description of Work
Design and completion of our front landscaping.

Price was too high for what I wanted done

Description of Work
Lawn care and yard waste clean up and removal.

Happy so far! We have Hermanos Flores coming every other week. They do a very nice job. They got back to me right away with a bid.

Visited our home and talked about the job and providing an estimate within a week. They never contacted us again. Unprofessional in the way they conduct their business.

Thank you for providing an honest review. We do try to provide a professional and pleasant customer experience for every customer. We are sorry for the not being able to provide you your estimate and for the lack of communication. We value your feedback and will be working on our response time.
1.0

Scheduled appointment for estimate and was a no show, no call either.

We appreciate your time to review our company and value your feedback. We are working on efficient practices to improve our communication and appointment scheduling as we grow. We enjoy what we do...helping people. However, still learning the aspects of growing the company while still providing quality service.
5.0

I can't say enough about how pleased we are with the work and with the people. Everything is beautiful. Alex is easy to work with and open to suggestion, plus he gave us an estimate then stuck to it, both in terms of time and money.

Description of Work
All plants and grass removed and replaced with new plants and lots of rock to create a dry river bed. Included new drip irrigation system..