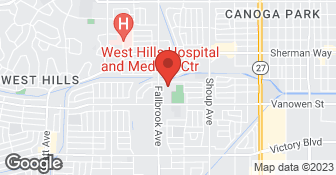 Atlas Roofing provides reliable and affordable roofing services that includes roof replacement and repairs. Atlas Roofing is licensed, insured, and bonded. We have superior supervision on every job, to ensure corners are not cut. We offer 24/7 emergency assistance and we are the only roofing company that gives you an actual Certificate of Warranty for your roof! Call or click to schedule a free estimate today!

Do not waste your time and money on this company. If zero stars were an option, that is what I would choose. We hired Atlas to replace the entire roof on our house and we had problems from day one. First, Berry did not provide the supervision that he promised and the roofers who did the work (probably subcontractors not actually employed by Atlas) were sloppy and careless. They removed the sunlight, which I understand was necessary, but did not cover it when they were working around it. Because of this negligence smoke billowed through the house, mainly in the kitchen and living room. We had to hire ServPro to remove the smoke and clean the furniture, but Berry did not take any responsibility for the smoke damage, including paying for ServPro. His subcontractors did not put the skylight back in place correctly, and now we have to hire another roofing contractor to replace the new flashing around the skylight so that they can put it back in place properly. But this is not the worst of what Berry did. He did not instruct his subcontractors to replace the whole roof, instead leaving a big section with the old roof remaining. He apparently wanted to cheat us by replacing part of the roof but pocketing all of the money that he charged (or tried to charge since we owed him a balance). Also, it is worth mentioning that Berry was rude and confrontational once we pointed out his mistakes. He has refused to resolve these issues and prefers instead to act in bad faith. We will never hire this company in the future and advise anyone considering them to look elsewhere.

The Atlas team was very punctual, quick, and professional at replacing the roofing on our house and cleaning up afterward. They honored their coupon for $1,000 savings off the price. I would most likely recommend them to anyone needing a new roof on their house.

Just recently had a new roof installed by Atlas Roofing and let me begin by saying they are absolutely the company to use. Berry the owner was a straight shooter and beat everyone’s price while using the same quality material as other companies who quoted ridiculous prices. He was honest and upfront and took care of the entire project from beginning to end. His employees were professional and definitely knew what they were doing. His project manager, David, was also very responsive to my needs and both he and Berry were available by text or call if needed. Berry’s contract was all handled electronically and spelled out everything perfectly with no BS hidden costs or surprises. The project went off without a single delay and the permit and inspections were all handled by him and his staff. My roof and home now look incredible and worth every penny I invested. Thanks Berry, David, and all your staff for making what can be a stressful project such a breeze. Go with Berry and Atlas Roofing. You won’t be disappointed.

Description of Work
Complete roof and tear off

Great price. Not a penny more than what was agreed on. Did all the necessary repairs and re-tiled the roof on time. I like their underlayment that is much thicker than the regular felt.

Very professional and honest. Would defiantly hire in the future

Description of Work
replaced a portion of my roof

The owner Barry is awesome. Stone cold professional. He's a straight shooter from he beginning, his pricing is competitive, he definitely stood out far and above than the other roofers I've delt with. I can needlessly say I would highly recommend them.

Description of Work
Atlas erdid the whole roof for my rental company.

They were efficient and they solved the problem.

Description of Work
They paired a roof leak.

It was excellent. They were on time, very thorough, his pricing was very fair, knowledgeable, explained things in detail, and friendly.

Description of Work
They did roof repair.

[Member Name Removed], Atlas Roofing thank you for your kind words. it was a pleasure serving you.
5.0

went well and around time . All work done on time

come right away and provide evrything and reasonable time

Hi [Member Name Removed], it was a pleasure providing you with a new roof for your home. the best compliment from you was trusting me again for the guest house repair. Thank you.

At August Roofing, customers will find a team of dedicated and highly skilled Simi Valley roofers that bring decades of experience to their projects. This company has been providing top-quality care to homes and businesses throughout both Ventura and Los Angeles Counties since 1991, and you can rest assured that their track record for successful projects and happy clients speaks for itself. In addition to roofing services such as re-roofing, roof replacements, inspections, and annual maintenance, they also service and install gutter systems and even solar energy systems. Their comprehensive services and commitment to offering the highest standards of professionalism mean that you can enjoy total peace of mind from the very beginning. Call now to schedule your free estimate.  …

Pride of Los Angeles, a family owner-operated company established in 1981, offers custom specialized cleaning services to quality-minded clients. The success of the company is due to excellent workmanship, integrity and knowledge by its full-time technicians using advanced reliable equipment. We can help create a healthy environment in your home by removing pollutants from carpeting, upholstery, and air ducts.  …

Full service roofing company -- installs, repairs, replacements, and maintenance. (We do not specialize in METAL roofing services). We also accept PayPal, Venmo, and Zelle, in addition to cash, check, and cc/debit cards.

We do not specialize in METAL roofing services -- Don't see your need on our list of services? Give us a call to further discuss your needs!

How is ATLAS ROOFING overall rated?

ATLAS ROOFING is currently rated 4.6 overall out of 5.

What days are ATLAS ROOFING open?

No, ATLAS ROOFING does not offer eco-friendly accreditations.

Are warranties offered by ATLAS ROOFING?

What services does ATLAS ROOFING offer?

Are there any services ATLAS ROOFING does not offer?

We do not specialize in METAL roofing services -- Don't see your need on our list of services? Give us a call to further discuss your needs!