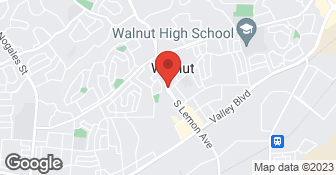 10 EMPLOYEES. USES SUBS FOR LARGER JOBS. COST IS DETERMINED BY THE JOB. NO TRAVEL CHARGES. NO SERVICE FEE. LICENSE #: 853899. MAY CONTACT THROUGH EMAIL....

My experience with MC Bobcat Concrete Services Co. went well. The owner of the company who came out had a great portfolio. He was a really nice person. He was very professional. I would consider using him in the future.

Description of Work
MC Bobcat Concrete Services Co. gave me an estimate about two years ago for outside masonry work. I wanted an outside patio done and some brick work done too.

I can't say enough about this company. The owner of the company, Manuel Cano, was a pleasure to work with. He and his crew arrived on time at my home everyday and when they left each day, the site was clean and organized. He kept me informed of the work that they did and what they would do going forward. He was present the day of the city inspection and, as aspected, it passed with flying colors. I think that the price that was quoted me was right on target. I became more convinced of this as I observed Mr. Cano and his crew working. They did a really good job. I think that anyone that is considering a project similar to what I am doing at my home, can't go wrong in giving this company a chance to bid on their project. When I consider price issues along with professionalism and their quality of work, I am very satisfied with the job that they did.

Description of Work
This company prepared my site and poured a raised foundation for a 485 square foot addition to the rear of my house. The preparation included grading and leveling the site; laying out and excavating the footings per the city approved plan; setting up the forms and steel, and placing the bolts and other hardware per the plan; pouring the foundation (stem wall and footings) using 2500 PSI concrete. The company also stripped away all the forms and debris from the site.

MC Bobcat Concrete services is first class. Manny is a true professional as are his employees. He does high-end concrete and stone work and is worth the cost. He was willing to negotiate and our job was done quickly, cleanly and the result was fabulous. We highly recommend him.

Providing exceptional service for over 42 years as an environmental protector. I offer a variety of drought-tolerant trees, plants, shrubs, and succulents that would look great in your yard. I use unique and environmentally friendly hardscaping materials to design and build your dream yard. I ensure that your yard is as friendly to the environment as possible while saving you money with drought-tolerant solutions. I am California Pace Approved for 100% financing. If you are considering an Old Fashion California Landscape with lawns and plants that consume more water, don't count me out, I will do my best to make your yard as water efficient as I can. Call for details on the California Pace Program.  …

Named "Top Masonry & Concrete Company" by Industry Oversight, we are a fourth generation masonry company, specializing in repairs, restorations and new installations of stone, block, brick, concrete and pavers, as well as waterproofing and sealing of any sort. No matter how odd, large or small the project may be, DiBara Masonry can provide exactly what you need, because with DiBara, expert advice is always free and expert service is always delivered. Our Story: Son of a third generation mason, DiBara Masonry's owner, Matthew DiBara, started working with a trowel and mortar beside his father at a young age on the outskirts of Boston, Massachusetts. After deciding to move west and build up his company there, Matt left the cold weather behind but carried with him the knowledge and history of his Italian ancestors and ever since has delivered expert quality sure to make Pasquale proud.  …

Bonded
Insured
All statements concerning insurance, licenses, and bonds are informational only, and are self-reported. Since insurance, licenses and bonds can expire and can be cancelled, homeowners should always check such information for themselves.To find more licensing information for your state, visit our Find Licensing Requirements page.
General Information
Free Estimates
Ask for details
Eco-Friendly Accreditations
No
Payment Options
Check
Senior Discount
NO
Warranties
Ask for details

No, MC BOBCAT CONCRETE SERVICES CO does not offer a senior discount.

No, MC BOBCAT CONCRETE SERVICES CO does not offer warranties.