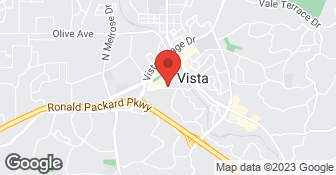 Brian Thomas Consulting Inc. obtains permits for unpermitted structures. We specialize in drafting, designing and building plan correction. Along with home and commercial inspection as a certified inspector of sediment and erosion control #441. We also consult for all phases of construction-concept to occupancy. Also has workman's compensation

I hired Brian Thomas from February 2020 through March of 2020 and here are the reasons why I do not recommend using this company: 1. The contract I signed with them was for one year, 12 months, of SWPPP inspections, for which they quoted me $13,390. After less than 2 months worth of work, when I had to end the contract, they had already billed me $14,422.61. 2. Part of those charges included a $1,119.34 charge for “material markup”. They had stated that the materials they were going to provide, for erosion control, were going to be supplied at cost. When asked about this “markup” charge they stated “we charge a 15% mark up on materials”, because “ordering your materials puts a potential burden on the company”. So that is what this company means when they say “at cost”. 3. When Brian Thomas first came to my site to start the work he stated that he was there on his own dime “to help”. On his final bill he included two charges totaling $595 for such visits. When asked about these charges their response was: “[Brian] did not state that he was consulting free of charge” and “if you hadn’t removed us from the project after just a month of being on it, Brian may have been willing to remove those charges”. So that is what this company mean when they say “we are here to help on our own dime”. 4. When asked about the $5,000 worth of inspections they performed in just over a month their response was to send some documents so that I could “educate yourself on what is required per your SWPPP”. The company I was using to perform such inspections, and who I re-hired after I terminated Brian Thomas’ contract, charges me $1,000 to perform the same inspections. In other words Brian Thomas charged me 5 times more than an average company does. Brian Thomas will use their “knowledge” of the requirements for these inspections to charge you as much as they possibly can even though the State does not require that many inspections. 5. My relationship with Brian Thomas started to fall apart when they started to push additional services on me. I’ve had a grading company doing most of the work for my grading project for over a year (and I am about 2/3 done with the project). First Brian Thomas suggested they had a crew of people that could install BMPs, something my grading company was already doing, and then they even suggested that I should fire the grading company I was using (because they were incompetent). Having the same company that performs inspections also perform the work needed to pass those inspections is a conflict of interest: you are essentially creating work for yourself. But that is how Brian Thomas works. 6. When managing a grading project there are 2 main inspections you need to perform: a SWPPP inspection and a grading inspection. Brian Thomas can only perform one of them: the SWPPP inspection. If you are planning on doing a grading project I recommend getting a company that can perform both inspections, like the one I am using, and not a company that can only perform one of them, like Brian Thomas. This was my experience with Brian Thomas. If you chose to use them for your project may you have a better experience.

Brian Thomas visited our home to survey the required work. He was very knowledgeable, and made good suggestions on how to coordinate his job in the midst of a roof replacement. Brian Thiessen, Operations Manager, managed the on-site work, and did an outstanding job, especially handling unexpected situations. He reviewed each stage of the work, and was never satisfied until everything was accomplish to my satisfaction. The job foreman, Mike, was a super guy, who worked tirelessly to get the details done right. I highly recommend these guys for any type of construction and repair work.

I first needed a roofing consultation for a polycarbonate roof. The roofers suggested I talk to Brian Thomas Consulting. He said Thomas was an honest, hard working, and fair priced contractor. Thomas came out to bid the project. His bid was fair. I found Thomas to be honest and completed the job in a highly satisfactory manner. I was so impressed with Thomas' work, I had him bid on a kitchen remodel. Thomas was involved from the beginning. He was complete, honest, and forthright. Thomas was cooperative, flexible, knowledgeable, and insightful. The remodel is nearly done. He has been timely and stuck to his schedule from the beginning. He has requested the proper monies and it is explained to the last dime where the money went and why. Thomas is not cheap but his prices are fair, honest, and billing is complete with no hidden surprises. To date his crews are experienced and do quality work. The remodel was extensive involving two different types of granite, cabinetry and tile work. His work area is always clean and neat.

The experience was not that successful. The work was accomplished though, but it wasn't a pleasant experience for my wife. He wasn't kind of having a good attitude for what she wanted. He didn't understand some things and he blamed us. The price was probably reasonable.

Brian and his crew were very professional and responsive from start to finish. Brian came to the house to provide an estimate for the work. During the visit he provided us with several options for the repairs and provided us a written quotation for the work we selected. The crew arrived on time and did professional work. They warned me about potential damage to my landscape due to the areas that needed to be accessed. They worked carefully and we ended up with no damage to the landscape. The job was finished on time and to my satisfaction.

Description of Work
Removed and repaired rafter tails that were damaged due to termites/dry rot.

From Grime to Shine! Let’s us take pressure washing off your to-do list….we’ve got you covered  …

Bonded
Insured
All statements concerning insurance, licenses, and bonds are informational only, and are self-reported. Since insurance, licenses and bonds can expire and can be cancelled, homeowners should always check such information for themselves.To find more licensing information for your state, visit our Find Licensing Requirements page.
General Information
Free Estimates
And 10% OFF Labor Cost on all signed contracts
Eco-Friendly Accreditations
No
Payment Options
Check
Senior Discount
No
Warranties
Yes

Licensed General Contractor. Residential and Commercial. All your Storm Water needs All phases of construction

Brian Thomas Consulting Inc is currently rated 4 overall out of 5.

No, Brian Thomas Consulting Inc does not offer eco-friendly accreditations.

No, Brian Thomas Consulting Inc does not offer a senior discount.

Are there any services Brian Thomas Consulting Inc does not offer?