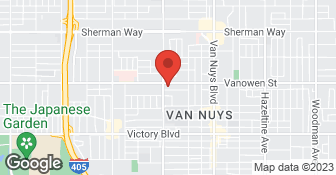 I don't expect a "customer is always right" mentality from any company, but I do expect that if a maid crew claims that I didn't pay them in full that Amaidzing's customer liaison or owner would call me to get my perspective (and any money that they were owed), not talk behind my back about a supposed dispute that I was never even aware of until the next maid crew inadvertently told me about it. I then figured it was a simple misunderstanding that could be cleared up with customer liaison Susanne over the phone; however, Susanne says she "forgot" to tell me about the dispute related to my last appointment and now does not want to talk about it. In short, apparently, when a new maid crew came to our house for the last visit, they claimed that they stayed over their time and that I refused to pay them for the "extra time." Which would be a valid reason to then warn the next crew to confirm the cleaning duration ahead of time as Amaidzing did...if the first dispute had ever happened. Indeed, if memory serves me, that crew actually showed up 10 minutes late to the previous visit and that caused then to stay 10 minutes late. I paid them for the full time, and, had they told me that they couldn't stay the "extra" 10 minutes, I would have said that was OK too because I understand they have a busy schedule. We used them for 4 years and always paid in full, despite all the times they were late, broke our dishwasher, misplaced items, left streaks on the mirrors, and threw hair down the toilet. Anyway, I guess this is a blessing in disguise as it will free us up to find a maid service that communicates properly. Had I been told there was a dispute about the billing immediately after the service call, I certainly would have worked it out with them immediately. Don't use this company unless you want misinformation spread about you without them even asking for your perspective. Sigh.

We love all our customers. We love this customer, who's used us 41 times since March 2012. It seems extreme to give us three "F"s and dump us simply because we don't "communicate properly" ...especially since her complaint includes poor service, none of which which was communicated to us prior to its worldwide broadcast in an Internet review. . It's also unfortunate no reviews were forthcoming from our forty successful visits, and that her literary gifts only surfaced when told we couldn't clean her 4-bed 3-bath house in 1:30, based on discussions with previous crews. . Anyway, we still love this customer, and thank heaven no "misinformation is being spread" by her. Amaidzing: feel the love.

We have over 15 years professional cleaning experience in carpet cleaning, tile, grout and stone cleaning. We do not offer services for waxing and polishing. We guarantee your satisfaction, and we won't leave until the job is done right. We pride ourselves on the quality work we provide, while delivering great customer service! Call us directly at 818-288-0809  …

All statements concerning insurance, licenses, and bonds are informational only, and are self-reported. Since insurance, licenses and bonds can expire and can be cancelled, homeowners should always check such information for themselves.To find more licensing information for your state, visit our Find Licensing Requirements page.
General Information
Free Estimates
Phone Estimates
Eco-Friendly Accreditations
No
Payment Options
Check, Visa, MasterCard, American Express, Discover
Senior Discount
No
Warranties
Ask for Details

How is Amaidzing Inc overall rated?

Amaidzing Inc is currently rated 2 overall out of 5.

What days are Amaidzing Inc open?

No, Amaidzing Inc does not offer free project estimates.

No, Amaidzing Inc does not offer eco-friendly accreditations.

No, Amaidzing Inc does not offer a senior discount.

Are warranties offered by Amaidzing Inc?

No, Amaidzing Inc does not offer warranties.

What services does Amaidzing Inc offer?