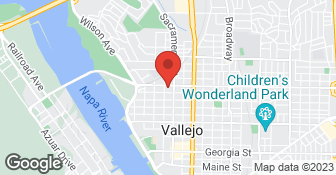 We are a full service plumbing company that always puts the customer first. Our plumbing technicians have over 15 years experience. Our goal is to diagnose problems and offer simple solutions. There is no job to big or small. We specialize in all regular repairs to full replacements. Water heaters, sewers, drains, water and waste repipes.

This guy is amazing. I haven't asked permission to use his name but I will still say I have never received this level of customer service from a plumber before. He's down to earth and is very accommodating. It's so nice to know there are still professionals out there that care about their customers needs and are not just driven to squeeze you for every last dollar. I will definitely call on these guys in the future when I have other projects or emergencies come up.

They provided an estimate, which was pretty good. They were a little early for the appointment.

Description of Work
We need our plumbing system looked at and repaired. It backs up constantly.

I was doing my laundry and the laundry sink got plugged up and stop draining. The stoppage caused water to overflow from the sink onto the floor so I was pretty anxious to find a plumber to clear the clog so I went to Angie's List. The clog also affected my kitchen sink as well. I hired this company totally by coincidence. I was on Angie's List website typing my need for a plumber and then I got a call from the owner. He said he was contacted by Angie's List parent company to see if I needed his services. I was taken surprised. At first I thought it was a scam but he convinced me he was a real plumber and he does a good job. He sounded like a sincere man over the phone so I took a chance and hired him to fix my drain. It was Sunday night when it happend so he had to come Monday. The next day, he came to my house. He was a clean dressed man wearing his uniform, he looked very professional. He looked at my clogged drain and said he can unclog it. Normally unclogging a drain would be done outside where he would run a snake into an access port called a "clean out." Since I didn't have one, he had to do it from inside my home. He first drained the sink and then went under it to unfasten the drain pipes. Then using a large metal snake, he insert it into the pipes and turned on his machine to clear the stoppage. It didn't work the first time so he had to do it twice. The second time fixed the problem. The sink drained again but it was a messy job that was not the plumber's fault. Since he had to clear the drain from inside my house, there was raw sewage everywhere. He tried his best to keep the mess to a minimum but it was a messy job that left my house smelling of raw sewage. He suggested that I should install a "clean out" so I can avoid this mess again. He said he can install one. I took his advice. He said he can have someone come out the next day to install it. The next day I was greeted by a man named Matt. He was a easy-going, friendly, man who knew what he was doing. He went inside my house to figure out where my pipe was on the outside and he quickly went to work. He found my pipe right way and started to cut into my stucco wall. As he made his hole and looked into the pipes, he told me a lot of information about my house plumbing that I didn't know about. He was very thorough explaining my condition of my pipes (which is very, very old) and explained how he was going to install the clean out. He was able to install the clean out but he didn't have the time to patch the hole he made. He said he will come back the next day. He didn't come back the next day but he did call me saying he will be coming back the follow day instead. True to his word, he did come back the following day and patched the wall. He is a very good plumber but he was not a mason. He was a professional plumber but he is not a professional mason. His work on the patching the wall was good but you can't compare his work to a professional mason's work. Even though it is not the best, I do not fault him or the his company for this. They are plumbers and not masons so given Matt's skills, he has done a terrific job. This company has several employees doing plumbing work throughout the bay area. They charge competitive prices and they are both friendly and professional. I didn't feel uncomfortable having the owner or Matt in my house doing work. They done a terrific job both clearing the drain and installing the clean out. I will do business with them again.

This company to "way too expensive" and they do not tell the truth. I needed the cartridges replaced in the hot and cold water knobs for a bath tub. Their employee came to my house for a look and said the cartridges were no longer available. So they would have to cut through the man made marble wall and replace the whole water unit for over $1000.00. I also needed a toilet replaced. They said that would cost $900.00. So I called another plumber who said he could get the cartridges at Lowe's and installed them for under $300.00. The toilet was replaced for under $500.00. If you use this company, check the prices they give you with other plumbers before you hire them. You could same a lot of money and get the true information about your repair.

[Member Name Removed] I am sorry about your experience with my company. We try to always offer the best options for repair and replacement. I am glad you were able to find a solution that worked best for you. However Rating my company and F because you found someone to do the job cheaper doesn't mean we are a bad company. I appreciate your feedback and I am glad your problem got resolved. Anytime you feel like the price is out your range you have the right to get another bid. You did so and it worked out for you. I am grateful for that. I wish you would have actually used our services before leaving a review on an estimate.
5.0

I have to say working Ron from Beast Bay Plumbing really put my elderly parents at ease. They showed on start day and really took care of everything in a day. They were very nice and professional and explained everything they were doing. They took great care with working around the many plants my mom in the front and when they were done, it was spotless and everything was back in it's place. Thanks Beast Bay! ! You Guys Rock!

Beast Bay Plumbing responded within an hour to the issue. Brooks looked over everything and gave me an estimate right away. Work was completed timely and he did a great job cleaning up everything after. I will defiantly call them again!

Responded immediately to quote request and was available in an hour. Matt was friendly and provided professional service. It took much effort on his part but the drain is now clear.

Matt came out and made every appropriate attempt to determine whether it was actually a leak, and to avoid a diagnostic charge. Once it was determined that I did have a leak, we still didn't know for sure the cause. Since the cause could have been a foundational issue, Matt made every effort to ask questions and find the source without being invasive to the dry wall. He took one step at a time, worked it out logically, creating the least collateral damage at the most efficient cost. He also replaced an aging and dying toilet.

Description of Work
I had a plumbing leak between the foundation and outside wall that needed to be located and repaired.

Oak Plumbing is a locally owned and operated plumbing company serving Solano, Marin & Contra Costa Counties. We provide options to prevent, repair, and maintain your water system to best fit your family’s needs. Our goal is to bring customer service back to the plumbing industry. We specialize in residential plumbing repair as well as preventative maintenance. We offer up-front pricing and also Pace financing to be able to service everyone equally. We want to fix the cause of the problem, not just the symptom. Safety is extremely important to us which is why all our technicians are fully trained, background checked, and drug tested.  …

Superior Plumbing and Drain Cleaning Services is a Diamond Certified Company that has been providing full service to the Bay Area for years. Our phone lines are always staffed by a live person 24 hours a day, 7 days a week. Plumbers are trained to handle everything from the most minor repairs to whole house re-plumbing and sewer line re-placements, give us a call we are ready to help! OUR TOP PRIORITY, CUSTOMER SATISFACTION!  …

Beast Bay Plumbing is currently rated 4.9 overall out of 5.

No, Beast Bay Plumbing does not offer free project estimates.

No, Beast Bay Plumbing does not offer eco-friendly accreditations.

No, Beast Bay Plumbing does not offer warranties.