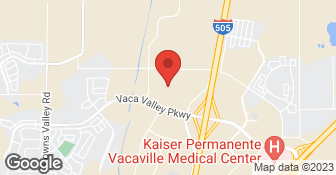 The project went even better than I thought it would. We had a hard time finding someone who would work on fixes to existing roof. Most wanted to do full replace. Northern California roofing came very quickly to do estimate and was able to start work on roof within a week. Great turn around. The work was very well done and makes us feel like we have a new roof. Can’t wait for next rain!

We are so pleased that you chose Northern California Roofing Co to assist you with your Roofing needs. We strive to improve our services always with our valued customers in mind. Thank you for your feedback. Please don't hesitate to give us a call if there's anything else we may assist you with.
5.0

Ultimately we didn't need to do anything now. Mr. Adams said he thought our roof wouldn't require anything further for a long time.

Description of Work
Andy Adams counseled us on what we needed to do to keep our tile roof in good repair. He was very knowledgeable and straight forward. I'd hire them in a minute for a roofing job.

Thank you for the review Mr. Grittith. We value your opinion. Keep us in mind for your future needs!
5.0

Initially were very responsive and did tempoary fix until they could return with needed equipment. That took several weeks. But final work was great and very fair price. NorCal replaced our roof several years ago. They’re our go to for any roofing needs.

The work was accomplished well and completed on schedule, and the workers were very polite and professional.

I was given an date for an estimate about 3 weeks out. I called back a few times to confirm this date and finally got through to a lady who offered me a date and time in two weeks. I agreed to the date in two weeks and no one ever showed up or called or emailed. When I called the office, they had no record of my appointment. They offered to reschedule but after 4 phone calls and the missed appt. I'll take my chances elsewhere.

Description of Work
I called to get an estimate for re-roofing my home from Nor Cal.

Our salesman John was easy to work with. Very knowledgeable and patient. The crew worked over about 7 days in very hot weather to get the job done. We had a couple of delays in getting the last of the chimney finished, but Joe responded quickly and explained the snafu. We are happy with the roof, gutters, and down spouts, and I am thrilled to have natural light in my laundry room!

Description of Work
Complete tear off and new roof installed, including gutters, down spouts, and a Sun Tunnel.

We found Northern California Roofing at the Sacramento Home Show. After having 5 estimates done, they came in with the low bid. I had to work during the construction, but my neighbor said they were kicking *** up there, and I believe it because the job was done on time and on budget. The roof looks great. The gutters look great. The price was great. The crew was great. The only problem was that one of the guys left his sunglasses on my driveway. But we kept them until his co-worker showed up for the final inspection.

The first time the leak was worked on, there was never a good test of the repair because the rain stopped. When it resumed raining hard, in December 2016 and January 2017, the roof started to leak again in the same location. I called the same person I had dealt with for the prior work, and received promises but no action. Everyone who looked at the roof said they saw no problem, but it continued to leak. After 6-8 weeks of inspections, delays, changed appointments, and ongoing leaking, I contacted the office manager and got fast response and good service. Ramon spent time in the attic even though the leaky area was a long way from the attic access entry point, and difficult to get to. He followed the stains from the water from its outside entry point to where it was entering our living space, and determined what needed to be done to really fix the leak. Once he did that (which they had not done during the prior work), the repair itself was quick and easy, and it has rained hard since the repair with no ongoing leakage into our living space. I don't know if we paid for work that wasn't really needed in the first attempt to fix this leak, but I was happy that the warranty on the original work covered this work, and satisfied overall. Lesson to self: call the office first!

Description of Work
A repeat leak in our roof needed to be fixed after having been worked on before by the same company.

Strange firm. We learned about the firm at the Auburn Home Show - good experience. We decided to proceed with obtaining an estimate and gave them our contact information. Good response after the show was over. We moved on setting up an appointment and the fellow came to our house. Discussions covered skylight replacement, gutter repair and installation of ridge risers. Very positive. Then...nothing. After about a week we inquired about the estimate and they said we would be contacted. After another two weeks we contacted them and they said we would be contacted and then nothing. We sent an email saying I guess you do not want our business. Fast response via email and then fast response via phone. Then...nothing. With so many attempts on our part to move forward we must conclude the problems obtaining a simple estimate will translate into problems performing the work.

All phases of Commercial and Residential Roofing!

We do not install torch down roofing or any hot style such as tar and gravel.