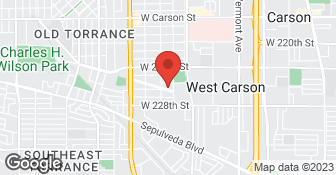 We perform local and long-distance moving, storage, and packing services. We are a mid-sized, family owned company that still gives personalized service. We hire only experienced movers with background checks....

Award winning Local and Long Distance Moving & Storage. We provide the best trained and highest quality service on the West Coast. Featured on the front page of the Oregonian. Winners of the American Moving & Storage Association Enterprise award! Highest rated company on Yelp and Google. The only actual certified GREEN moving company by the sustainability association; All Service Moving provides professional household and commercial relocation services. Our crews are well trained, drug tested and background checked. We specialize in large homes/offices and challenging situations. ASM provides a specialty long distance moving service that you can not find anywhere else. We also move pianos and provide storage and equipment to meet your needs. We do not use day labor and we provide an efficient and high quality service. Let us impress you. Find us in Los Angeles CA, Portland Oregon and Seattle Washington.  …

Rockstar Pro Movers offers a wide range of moving services that will make your moving perfect. We take care of your belongings as if they were our own. Whether you only need a truck with an experienced driver or you need door-to-door delivery, we are always happy to assist you. We offer great prices, great quality, and professionalism. We believe that everyone should be treated like a rockstar, and we are here to ensure that everything goes well. Call us today for all of your residential, commercial, local, and long distance moves.  …

Welcome to SOS Moving Company. Providing trusted USA Moving Services, we are committed to high quality professional service and your 100% satisfaction. Visit our website at sosmovingla.net for more! SOS Moving is an established LA-based moving company. We are handling moves of any complexity: whether you are moving to a new house, or relocating your office and business, we will make this process fast, simple, and efficient.  …

The worst experience with a moving company. So many things... *Arrived an hour late *Smoking on the job. One of the movers was smoking when he was taking down boxes. ⁃Had to tell the movers multiple times what was being taken to the new location. -Safe was left at the old location ⁃ Never consulted when they took their first break. ⁃ Never told us when they departed to the new location. ⁃ Smashed boxes when fragile was written in it. ⁃ Tried to charge an extra hour for their lunch ⁃ Poor communication overall. ⁃ After, arriving at the new location, towards the end the movers were waiting outside talking, while they only had a package to bring up and took the movers 30 minutes to bring it up. ⁃ I felt like the driver took matters into his own hands and left as he pleased. ⁃ The miscommunication was time-consuming trying to find out when they left. -Walking back and forth to the truck while not moving anything. -Drank customers' juices without asking and hide their evidence. -Charged for the driving time when previously discuss no driving time will be added. -Left for lunch and when they arrived back never called the office to get a hold of the customer to unload the truck. Wasn't until the customer drove up on them and mover stated I don't have your number, however, never call the office to get a hold of the customer. Also, the customer was being charged. -Customer's grandmother's crystal was broken due to miss handling boxes. -Dragging couch on the hallway ground and cushion got all dirty. -LOST my 32 inch QLED TV -LOST 2 wicker baskets worth $110 -Damaged unreplaceable crystal given by grandmother. -Damaged TV trays -Damaged brand new couch I was originally quoted $800 and the move cost $1300! Need to be more professional and retrained when servicing clients so there is no confusion.

Thomas, Gino, Luis, and Allen made it happen! I am grateful for the professionalism and understanding of my move to my new home state. Walsh Moving and Storage is a great company! :) Ever interaction from phone calls to in-person was what one would expect. A big shout-out to competence and honesty.

Description of Work
Moved my belongings from So Cal to the Pacific North West.

The move went smoothly. I had items ready to go and it took only an hour.

Description of Work
move heavy furniture from storage to home

The movers came about 10-15 minutes. But once they arrived, the work was done very efficiently. They protected the large furniture accordingly and unpacked them at our new place in a clean manner. I was very satisfied with their due diligence in completing the work ahead of schedule. I would use them again in the future.

Everything went good until they gave me a invoice that was about $250 more then the quote Chris gave us. All times were more then the actual time it took. They said it took them 15 mins from our house to the apartment where we moved too. My wife and I waited 45 minutes for them to get here!

Description of Work
Move our furniture 6 miles away from our home to an apartment till we fine a single story house.

They were alright. These moving companies are all pretty much the same, they have to do a lot of work for not very much money. I just moved a few blocks from where I was living and they put everything in their truck and brought some of those wardrobe boxes to the new location. They were more than an hour late without calling me to tell me that they were stuck on the freeway.

Description of Work
They moved me to my new location.

excellent. Will be calling them again for the next upcoming move

Description of Work
everything wrapped and blanketed every stick of furniture. They worked nonstop. Extremely professional, expedient and very personable

the guys are great, they're professional and got the job done, took excellent care of our stuff and we were in and out. the only downside is, even with their two guys, my husband, his two well bodied brothers and myself it still took 4.5 hours to move us and they will count the supposed drive back to south pasadena so plus .5, all in all we were charged an extra 2 hours on top of the 3hours pre-paid on angie's list. my point being is that don't be fooled by the deal, i was stupid enough to think that we can get everything done in 3 hours given that everything was already packed and we asked relatives to help out..i was very wrong. wouldve been better just getting a different moving company that didnt have the deal going i probably wouldve ended up spending less, but no complaints about the guys, the fees are the fees, they were very professional.

Description of Work
two man crew and a truck, moving from so.pasadena to carson

We have had good experience. We had no problems with him. The pricing was fair.

Description of Work
They moved a piano from one house to another.

They were okay. The service was neutral. The move was okay, there was a slight damage to my desk, when they moved, and the damage was not that great, so I decided to leave it to that. The pricing was average. I had looked at other companies, and they were on the same price range.

Description of Work
They moved my furniture.

We do not clean windows.