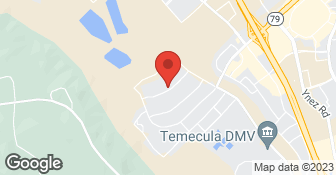 XTREME Heating & Air Conditioning, Inc. is a family owned and operated company, serving the Inland Empire and Temecula Valley since 2001. We are a Bryant Factory Authorized Dealer and N.A.T.E. Certified. Our technicians have between 10 and 20 years experience in the HVAC industry and have earned numerous certifications. Together, our experience consists of all aspects of Heating and Air Conditioning, from residential, apartment, and commercial service work and preventive maintenance to custom homes, tenant improvement projects, and air balancing with reports. We offer free estimates on system change-outs, free diagnostic service with repair, bi-annual preventive maintenance contracts to our residential customers and quarterly preventive maintenance contracts to our commercial customers to make sure their equipment is working properly and performing efficiently. At XTREME Heating & Air Conditioning, we pride ourselves on our ability to provide our customers with high quality workmanship, fair pricing, and excellent service. We also screen our employees so you can feel comfortable when you open the door to one of our friendly technicians....

Perfect! Fixed quickly and didn't try to over sell us.

Description of Work
To decipher why our heater was working intermittently.

Our upstairs heater went out. Xtreme Heating got us an appointment right away. The service tech that came out was on time, very polite and knowledgeable. He was able to troubleshoot the problem right away. Though the part he needed wasn't on his truck he called around and found it available in town. He scheduled the follow-up appointment to work around my schedule. When he returned he was not only on time, but he was early. I will definitely use them when it is time to get the air conditioner serviced for the summer. I highly recommend Xtreme Heating and Air!

I was referred to them by my neighbor and friend after a horrible experience with ARS. I contacted ARS through Home Depot, which I have had many good experiences with in the past for other projects. They came out and quickly told me I had to replace my whole system, furnace and all and it would cost me around 19,000. I asked why couldn't I just replace the air conditioning since I had no problems with the heat. They said they were both connected, via a fan and I needed to replace everything. I told them I had to think about it and called my neighbor. I then had Xtreme come out and they told me my furnace and duct work were in great shape and the only items I needed to replace were the outside condensers, which were shot. They gave me a few options and explained the cost and pros and cons and I chose to replace for 3990 the 2 units and 2 inside thermostats. What a difference. The other units were 20 years old and I realize how much electricity I was wasting. When I called ARS back to tell them I had some other quotes, all of sudden they could just replace the 2 units for 8,000. The sad thing, when I spoke to the ARS sales rep at Home Depot later, she was so upset, acknowledging they were over selling me at a ridiculous price. Her comment, I work these leads in the store and now I know why they don't go through. Actually, I felt badly for her. Bottom line, I ended up happy with Xtreme and their work.

Commerical & Residential We serve the Temecula Valley area and The Greater San Diego Area all the way to the Border of Mexico. We continually strive to exceed expectations by ensuring that each client receives the very best service. We are licensed, bonded and insured with the state of California. We provide All HVAC needs for heating or cooling your home or office. All of our Employees have over 15 years of experience under their tool belts. Our Warranty is one of the best in the industry. All employees are background and drug tested. We specialize in Mini Splits, Central heating and cooling and duct work.  …

Built on over 80 years of electrical contracting expertise and lead by 4 generations of Bakers, Baker Electric Home Energy has become a trusted partner for thousands of homeowners throughout Southern California. Since 2007 we’ve designed, engineered and installed over 13,000 residential solar systems and we have you to thank. During that time, many of you provided ideas and made requests for innovative solutions to manage and use the solar energy you produce every day. We listened and as a result of those requests we’ve expanded our portfolio of products to now include Heating & Air and Smart Home solutions. You’ve trusted us with your renewable energy and now we can show you how to manage and use that power to create an affordable, comfortable and convenient lifestyle. And to ensure you get only the best, we’re proudly offering products from companies like LG, Panasonic, SolarEdge, Curb, Tesla, Lutron, Nest, Google, Control4, Carrier, Lennox, and ActiveTek Environmental. Our sincere appreciation for your business. Your trust in our company, its people, products and services is more important than you know. Welcome to Baker Electric Home Energy!  …

We offer Emergency Service: Our mission is to provide the highest quality of service to all our customers. We HONOR the relationships we have formed with our past and present customers, colleagues, vendors and employees. Liberty Plumbing, Heating Air Conditioning strives to perform all areas of service with the utmost INTEGRITY by providing the most cutting edge of technology and products available. We pride ourselves with the ABILITY to work effectively and efficiently with the knowledge and training that has been awarded to us. Liberty Plumbing, Heating & Air Conditioning, Inc. has over 25 years experience working with home-owners, property management, general contractors, real estate companies and insurance companies. We are located in the Temecula, CA area however, we service all of San Diego, Riverside, Orange and Los Angeles counties. We perform all phases of plumbing, heating & air conditioning for both residential and commercial. We offer discounts to Senior Citizens, First Responders, Veterans and Active Military. Thank you service!  …

Currently we do not offer air duct cleaning or plumbing.

No, Xtreme Heating & Air Conditioning, Inc. does not offer a senior discount.

Are there any services Xtreme Heating & Air Conditioning, Inc. does not offer?

Currently we do not offer air duct cleaning or plumbing.