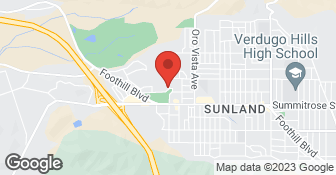 We perform main sewer line video inspections in LOS ANGELES COUNTY and the surrounding area, using top-of-the-line cameras, recording systems, and the most accurate locating device available to pinpoint any problem areas within the main sewer line. Our inspections are performed by knowledgeable, highly trained specialists. We provide a color, narrated recording of the inspection on-site. This is accompanied by a computer-generated, written report. If repairs are recommended, the inspector will also provide a written professional opinion of the approximate repair costs, which can be used as an unbiased point of comparison when acquiring repair estimates from any potential contractors. We can perform specialty video examinations of the smaller branch drain lines as well, such as the drain lines under or within the structure. Inspections performed 7 days a week, Monday through Saturday, with Sunday upon request....

Pryce Home Inspections serves all of Ventura and Los Angeles counties. I am an InterNACHI Certified Professional Inspector who uses thermal imaging techniques to see what the naked eye can't. That means I can find water leaks, insulation problems, and faulty wiring that would be completely missed by another Inspector.  …

Ortiz specialty sewers is a plumbing company. We have the experience and dedication! We guarantee your satisfaction, and we won’t leave until the job is done right. Call or text to schedule a free estimate today! we serve all of Los Angeles County  …

Great! Ran a camera from the roof, toilets, and blowouts all the way to the street sewerline. Very detailed and thorough. DVD provided with report.

The quality, responsiveness, and professionalism of Sewerline Check Professionals, LLC are excellent. I would absolutely use them again in the future if I needed to.

They did their job. They are nice guys. They are very professional and to the point.

They are professional. They got in very quickly and they were done.

I used Sewerline Check Professionals, LLC and it was a good experience. I used them the beginning of August. I spent $230. The guy was knowledgable and showed us how the video worked and stuff like that. I would recommend them.

Description of Work
Sewerline Check Professionals, LLC did an inspection, they did a clean out.

SewerLine Check did a great job - professionally and on very short notice!

Description of Work
Jeremy with Sewerline Check was friendly, professional. I was in the middle of having the home inspected and my Realtor recommended that, due to the age of the property, I should get a sewer line inspection. He'd worked with Sewerline Check in the past and gave me the phone number. When I called,I explained the situation and, since I had already taken the day off from work and didn't want to take another unnecessarily, I asked if they could send someone out that very day. The receptionist said she'd make a few calls and get right back to me. In minutes, my phone rang and they said the could send someone immediately. I don't think it was even 30 minutes later that Jeremy pulled up, unloaded his equipment and went right to work. For this particular house, he had to maneuver the camera line down through the roof vent and past a few bends in the vent piping. It took about 30 minutes in all, then he came down from the roof and showed me on his laptop PC what he had found, pointing out the most relevant findings. That was really helpful and he answered all my questions about problems, repairs, costs, recommendations, etc. - he went through everything I needed to know! It was great.Jeremy's professionalism and patience with all my questions made me feel very comfortable with what decisions I'd need to make.Also, he dropped off a copy of the inspection DVD (with complete explanation narrative) at my apartment doorstep a couple days later.

Ran camera through sewer line to look for problems in a house I was buying. Explained everything, gave me the report on site, found one issue and suggested a solution. I was very happy with the service. The only negative was that the inspector marked the concrete in front of the house with bright neon spray paint where the clean out should be located without asking me and I didn't yet own the house.

On the advise of our home inspector to have our sewage line checked out because of the trees that were out in the front lawn of the house we were going to buy. We found this company based on reputation and distance. Jeremy was a great guy. He showed up a little late, but he at leased called me and explained what his ETA was instead of leaving me in the dark. We had a problem since the house did not have a clean out for the sewer line, but Jeremy was able to find an entrance through a overflow pipe on the roof (which was $50 extra). Jeremy was careful in setting up his equipment on the roof and running the camera line through the pipe. His narrative while he recored the images through the camera was clear as he explained the various roots, cracks, and pipe designs and materials that ran from our house to the main line sewer. Jeremy detailed what work need to be done soon and other work that could be performed later. I liked having that knowledge to plan ahead for and budget for the kind of work we need. Afterwards, Jeremy took the time to answer all the questions my real estate agent and I had giving rough estimates of the jobs we should plan for (i.e. advising that installing a clean out would be around $3,000 so we should be wary of a plumber who charges over that). The best part was at the end Jeremy provided me with three recorded narrative DVD of the video inspection and emailed me a written report the next day. It was the best investment to see what problems we had and not be overrun by a plumber adding on extra for something we didn't need.

Description of Work
Provided a camera inspection of our main sewer line to observe for obstructions or defects that could damage our plumbing. Also provided a narrative DVD and written report of the inspection

The inspection on my sewer was performed by one of the company's inspectors, Edward Fayton. I was not present, I was living in Ojai and was told I need not be present. The report was e-mailed to me by Mr. Fayton upon completion. I was also told that I would receive a copy of the video tape by mail. In the report it said that I needed a clean-out installed so that regular maintenance could be performed on my sewer line, and that there were roots growing through the clay sewer pipe that needed to be rootered. It said the cost of a clean-out would be $5-600, and the cost for a rooter would be $90-$150. He placed a pink flag where the clean-out should be installed, in the front yard in front of the garage. By the time escrow closed, I found no pink flag. I also had to call a few months later because I never received the video. I discovered I actually did have the required clean-out when I found raw sewage in my front yard coming up from this supposedly non-existent clean-out.

Description of Work
This company performs video taped sewer line inspections for potential buyers of homes. I purchased a home that was built in 1951, so I believed it was important to have this inspection done in addition to the general Home Inspection which was performed by a "sister company", La Rocca Home Inspections.