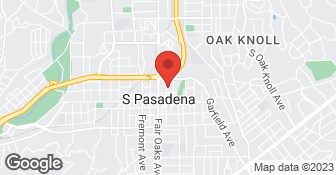 We are a locally owned and operated company with 30 + years of industry experience. We value honesty and integrity, and stand behind our work. We specialize in both interior and exterior residential and commercial painting projects. We pride ourselves on the quality of our work as well as our commitment to outstanding results. We look forward to building long-term relationships with our clients and guarantee your satisfaction! Call us for a free quote! (818) 626-1088  …

5/28/15 - Cost $500.00 - job less than 90 minutes. RE: Sewage back up in basement wash tub. Provider represented himself as a professional plummer; ran a 25' snake allegedly into sewage drain. Provider reported that his equipment was stolen out of his truck and he did not have immediate access to a 100' snake. Detached the vent to a 2nd floor shower. Provider stated that the pipe "was an open vent that expelled toxins that would cause unsuspecting staph infections in children and the elderly" yet, would not affect middle aged people (pointing to himself and his underling Alberto), and ultimately imminent death and needed to be removed. Provider re-routed a pipe that was allegedly causing sewage to back-up into the basement wash tub. The work performed resulted in the sewage backing up into a 2nd floor bath tub. 6/6/15 - Cost $300.00 - job less than 30 minutes. RE: Sewage back up into bath tub. Provider was allegedly out-of-town and had his underling Alberto come out; subsequent to my complaints about Alberto's apparent lack of knowledge. Alberto had failed to secure the pipe he installed and did not replace a pipe that Jeff had pointed out as being worn . Provider presented as supervising the job via telephone communication. I had to rent a snake from Home Depot ($65.00) since Alberto alleged that he did not have identification or a credit card. (I was desperate at this point my family had just arrived at the airport from Alaska and would be staying in my home and using the second floor guest quarters). Alberto spent 45 minutes pacing the yard and talking on the phone to Jeff, while he was allegedly looking for the sewer line. One of the options suggested, by Jeff was to not use the plumbing until he arrived back in town from Boston on Wednesday.Under the direction of Jeff, Alberto subsequently disconnected the pipe that they (under Jeff's direction) initially rerouted and drained the bath tub. I was told that that would hold the problem at bay by causing the sewage to drain under ground. By the following day the basement floor was covered with sewage in addition to what appeared to be the surfacing of underground drainage in the back yard. 6/10/15- I had previously requested an itemization of the work preformed. Jeff reluctantly wrote up a "contract" on site under my insistence; I did not sign the document he presented, which is in my possession. I advised Jeff that I had a company come out and inspect the problem, the sewer line was power flushed and cleared. I further advised Jeff that the work he preformed had compounded the problem, questioned his skill set as a plummer, to which he insisted that he was a plummer. Jeff was advised them his services were no longer needed. I have since hired a licensed and bonded professional.

Description of Work
Compounded a plumbing problem. Provider presents with an underling whom calls himself Alberto. Alberto based on his own admission does not have identification or credit. Leading one to suspect that he is not legally qualified to work in this country. Provider persistently supervised the work being performed via telephone, under the guise of being out-of-town.