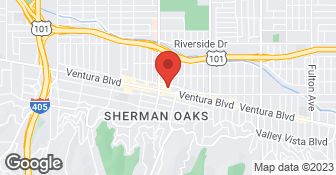 Green Clean Junk Removal provides same day pick up of any unwanted item. Give us a call and we will schedule the most convenient time for us to show up and get rid of that junk! Our professional staff will arrive fully prepared to handle any situation you might have at hand. We offer the lowest prices in the business and will work within your budget. Green Clean Junk Removal is not run by a corporation which gives us more flexibility in our low prices. Our prices include the drop off, pick up, city taxes and dump fees so there is never any hidden fees

DO NOT USE THIS COMPANY. I can't believe I missed reading these reviews before hiring them. Just about EVERYTHING that the other reviewers wrote happened to us: sent small truck instead of large truck, large truck costs more, added on over weight fees, added on fees for ewaste and hazardous waste, tried to charge cancellation fee. We were quoted $550 flat rate that was supposed to cover everything. They ended up trying to charge $1500!

BEWARE!!!! THEY WILL RIP YOU OFF!!!!! I recently got quotes for construction debris removal and Green Clean gave me the best quote at $550. I told the woman (Mary?) exactly what I had to pick up. Tile and wood that were piled up close to the entrance. She told me that it would be a flat rate of $550. I specifically asked if there was an extra charge over a certain weight as the tile would weigh a lot. She said, "No, as long as it fits in the bin it will be $550". Great! I set up the appointment. When they arrived, immediately the guy running the crew said it would be $650! I was livid! He explained that the $550 price was just a quote, they decide the actual price upon arrival. That was not what I was told!!! Then he said it would be an extra $60 per ton after 1 ton. SERIOUSLY???!!! I wanted them to leave, but they had my credit card and I would be charged if I canceled!! I called the offices and spoke with the manager who was NO HELP at all. She proceeded to tell me that she can't believe the woman would have not told me these things as she had been working there for years. Yeah right. As I read the other review now, I get it. This is their business model. Get them in with a low quote and a lie, then screw them!!! Never again!!!

Description of Work
Warning This company rips customers off. They quote one price, arrive on scene and make bogus claims and will try to charge extra. I had a small metal frame that I wanted removed. It took 2 minutes to move from garage to their truck - yet the charged for one hour of labor for each worker. They also wanted to charge a truck fill fee. No one ever mentioned that in the initial quote, moreover the piece of trash they put in their truck did not even come close to "filling" their truck. Called mgmt to complain - and they never called back. You see I am not the only one who has this same experience. http://www.yelp.com/biz/green-clean-junk-removal-los-angeles-3 - see what I mean!

Our uniformed, well-trained employees offer professional services at affordable prices that are guaranteed to beat our competitors’. We happily provide free written estimates before beginning any work and make sure the premises are tidy before we leave. We’re serious about the environment too. We recycle and save from the landfill almost 60% of everything we pick up.  …

We rent 15 and 20 yards dumpsters for house cleaning, light construction, yard cleaning. We drop it off, you load it up, and we haul it away  …

Bonded
Insured
All statements concerning insurance, licenses, and bonds are informational only, and are self-reported. Since insurance, licenses and bonds can expire and can be cancelled, homeowners should always check such information for themselves.To find more licensing information for your state, visit our Find Licensing Requirements page.
General Information
Free Estimates
No
Eco-Friendly Accreditations
Yes
Payment Options
Check, Visa, MasterCard, American Express, Discover
Warranties
No

Green Clean Junk Removal is currently rated 1.3 overall out of 5.

No, Green Clean Junk Removal does not offer warranties.

Are there any services Green Clean Junk Removal does not offer?